A review of a classified document outlining what is described as extensive Foreign Intelligence Surveillance Act abuse was made available to all House members Thursday and the revelations could lead to the removal of senior officials in the FBI and Department of Justice, several sources with knowledge of the document stated. These sources say the report is “explosive,” stating they would not be surprised if it leads to the end of Robert Mueller’s Special Counsel investigation into President Trump and his associates.
The House Intelligence Committee passed the motion along party lines Thursday to make the classified report alleging extensive ‘FISA Abuse’ related to the controversial dossier available to all House members. The report contains information regarding the dossier that alleges President Trump and members of his team colluded with the Russians in the 2016 presidential election. Some members of the House viewed the document in a secure room Thursday.
Rep. Peter King, R-N.Y., offered the motion on Thursday to make the Republican majority-authored report available to the members.
“The document shows a troubling course of conduct and we need to make the document available, so the public can see it,” said a senior government official, who spoke on condition of anonymity due to the sensitivity of the document. “Once the public sees it, we can hold the people involved accountable in a number of ways.”
The government official said that after reading the document “some of these people should no longer be in the government.”
The document also apparently outlines “several problematic” issues with how FISA warrants were “packaged, and used” state several sources with knowledge of the report.
Over the past year, whistleblowers in the law enforcement and intelligence community have revealed to Congress what they believe to be extensive abuse with regard to FISA surveillance, as previously reported.
The dossier was used in part as evidence for a warrant to surveil members of the Trump campaign, according to a story published this month. Former British spy Christopher Steele, who compiled the dossier in 2016, was hired by embattled research firm Fusion GPS. The firm’s founder is Glenn Simpson, a former Wall Street Journal reporter who has already testified before Congress in relation to the dossier. In October, The Washington Post revealed for the first time that it was the Hillary Clinton campaign and the DNC that financed Fusion GPS.
Congressional members are hopeful that the classified information will be declassified and released to the public.
“We probably will get this stuff released by the end of the month,” stated a congressional member, who asked not to be named.
But the government official, who viewed the document said “it will be tough for a lot of people to see this and especially the media, which has been attempting to deemphasize the dossier. It’s going to punch a hole in their collusion narrative.”
The House vote to make the report available to all members is a major step in exposing the long-guarded classified documents obtained by the House Intelligence Committee over the past year. It allows members of the House to view the report and could quickly lead to a motion to declassify the report for the public, numerous House members told this reporter.
“It’s a (House Intelligence) committee document that deals with the assessment on the Department of Justice, FBI and the oversight work that is being conducted by the committee,” said a congressional source, which spoke on condition that they not be named. 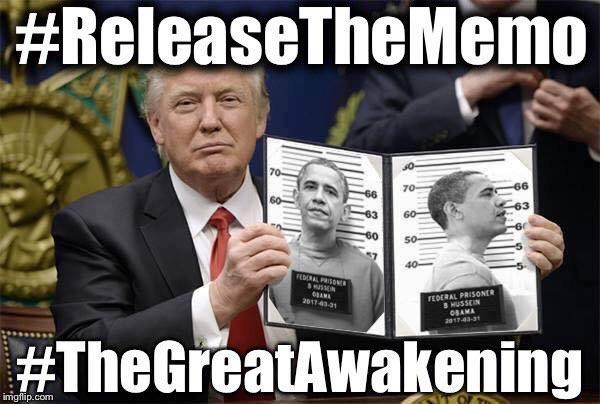