Evidence of alien life is being covered up by NASA, according to a researcher from Buckingham University.
NASA is hiding fossil footprints of extraterrestrial activity on the surface of Mars, said Barry DiGregorio, who works at the Center for Astrobiology at the University of Buckingham (United Kingdom) and plans to publish a report promising to reveal all hidden details to the public.
DiGregorio plans to release a ‘bombshell report’ which will reveal, once and for all, how NASA is well aware of this discovery, and how the American Space Agency has chosen to keep the truth hidden from the public. 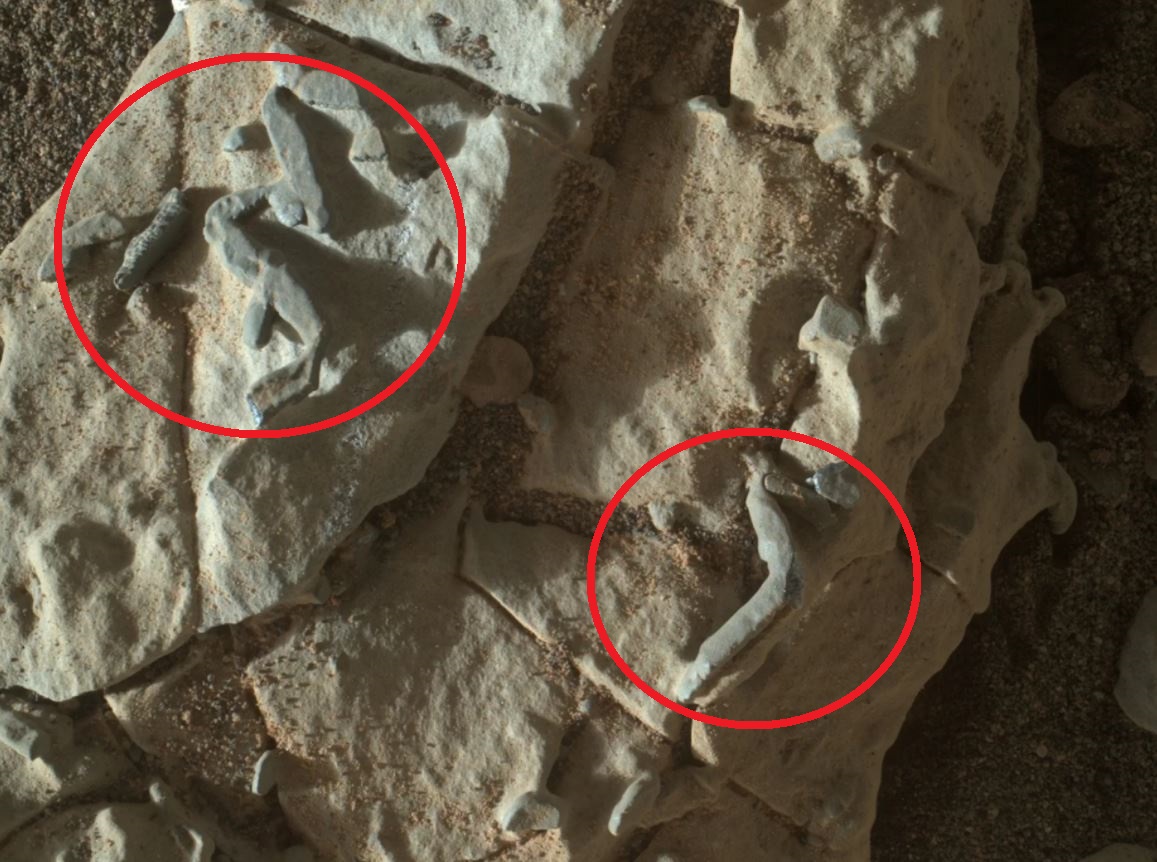 According to NASA, these are most likely crystals, while a scientist from the Center for Astrobiology at the University of Buckingham claims they may be trace fossils. Image Credit NASA.
According to the researcher, who has already been dubbed as a ‘controversial scientist’ by numerous internet new outlets, NASA might be ignoring the discovery because of its plans for a manned mission to Mars in the 2030’s.
However, despite the fact that Dr. DiGregorio plans to reveal the truth to the public, NASA says that the shapes captured in the images from Mars which DiGregorio claims are evidence of alien activity are nothing more than rock crystals that are still being investigated.
DiGregorio specializes in studies of microscopic life found on Earth.
The expert argues how some of the images beamed back by the Curiosity rover show clear evidence of patterns similar to Ordovician trace fossils found on Earth.
According to the researcher from the University of Buckingham, there’s evidence of trace fossils on Mars.
These are made as living beings go on about their lives, leaving behind footprints like burros and waste, rather than the remains of the creatures themselves.
DiGregorio believes how the fossils on Mars may represent evidence of soft-bodied creatures that may have once existed on the surface of the red planet. 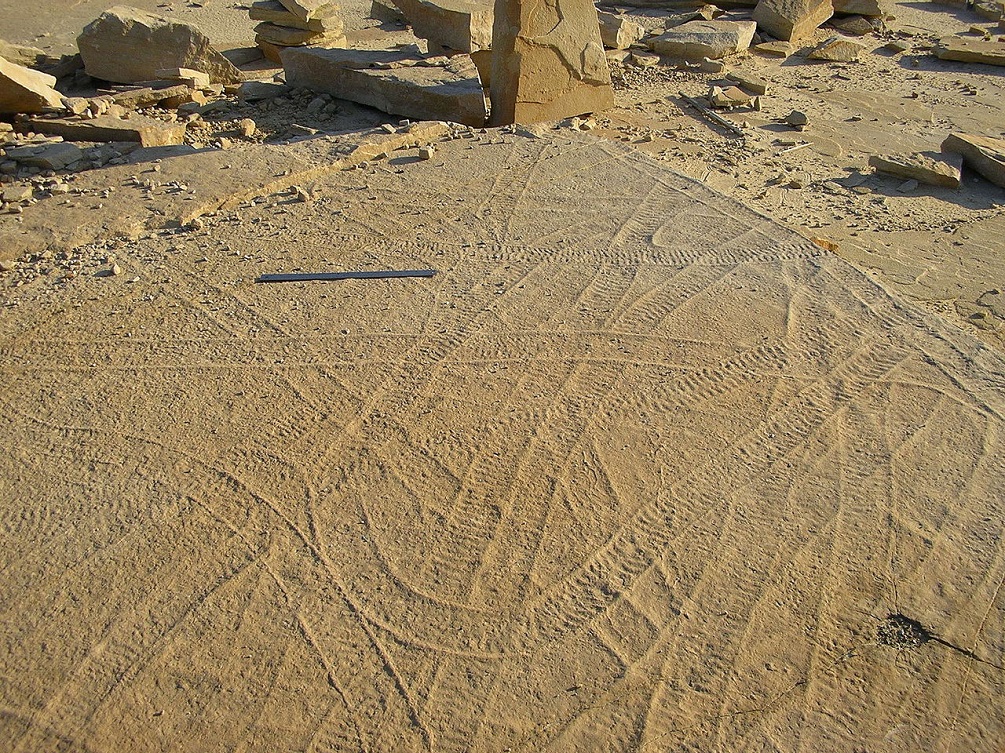 According to Dr. DiGregorio, fossils on Mars represent signs of soft-bodied creatures which may have roamed its surface in the distant past. This image shows trackways from a slug-like animal, dating back from the Cambrian period, found in Blackberry Hill, central Wisconsin. Image Credit: Wikimedia Commons.

In an interview with the Daily Express, the researcher explained:
“If not trace fossils, what other geological explanations will Nasa come up with?”
“Nasa has turned its back on trying to get the data on this. The order came down from HQ that they should move the rover on to the next point. They didn’t feel it was important enough to look at, I thought that was very odd, despite the fact Gale Crater was host to probably a series of lakes for billions and billions of years. We’re talking about something that might have been equivalent to the Ordovician period on Earth.”
NASA, on the other hand, claims how DiGregorio’s discovery is most likely crystals.
“The crystals theory does not add up. The crystals do not branch or twist. We are talking about something that could have been similar to the Ordovician period on Earth,” he said in reference to the geological period that occurred between 485 and 444 million years ago. 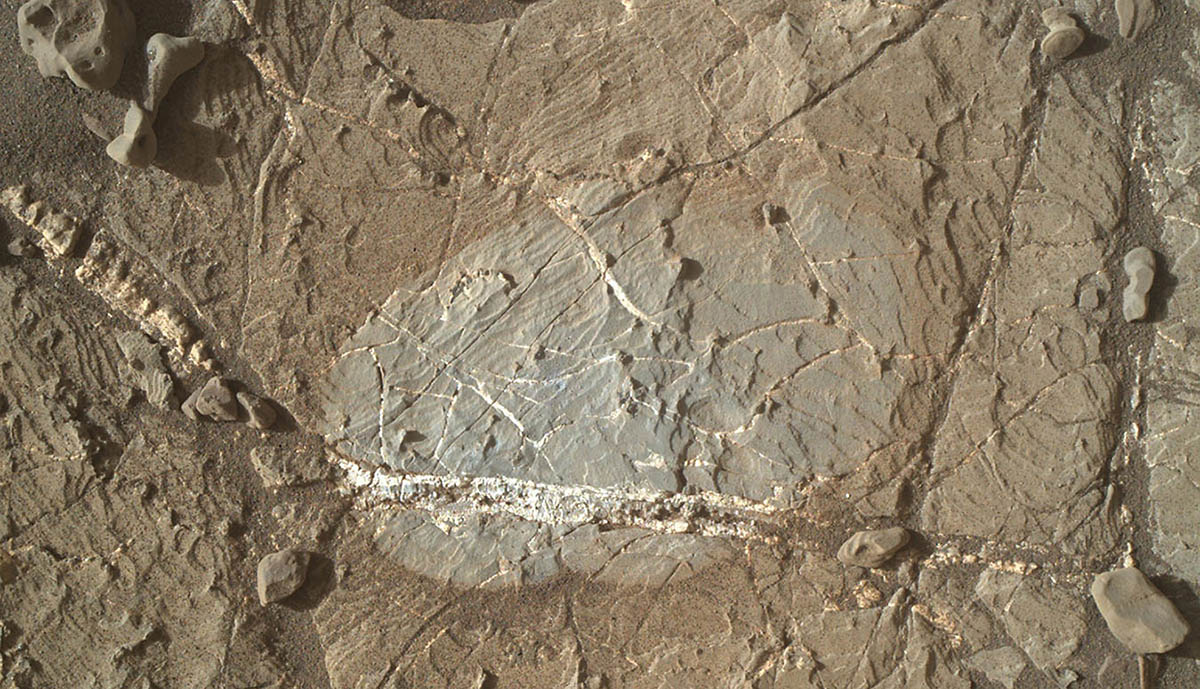 A mineral vein with bright and dark portions distinguishes this Martian rock target, called “Rona,” near the upper edge of “Vera Rubin Ridge” on Mount Sharp. The MAHLI camera on NASA’s Curiosity Mars rover took the image after the rover brushed the dust off the gray area, roughly 2 inches by 3 inches. Image Credit: NASA/JPL-Caltech/MSSS
The agency ordered Curiosity, claims the British scientist, to continue its journey without meticulously studying the ‘fossils’ found in the Gale crater area, which was supposed to be a lake area billions of years ago.
And despite being called out for his claims, DiGregorio isn’t the only one who believes there could have been living on the surface of Mars.
In the past, numerous claims have been made about Mars and how the red planet may have been inhabited at one point.
Dr. John Brandenburg, for example, is another scientist who claims that Mars was home to alien life.
However, and unlike DiGregorio, Dr. Brandenburg indicates that Mars was once home to complex alien life, rather than simple soft-bodied creatures, as proposed by DiGregorio.

» NASA Photos Prove There Is Life On Mars, Scientists Claim
» Ex-NASA scientist claims the Viking missions found proof of alien life on Mars back in the 70s
» NASA Scientist Claims to Have Found a Massive Alien Spacecraft Hiding in Saturn’s Rings
» UFO Sightings MARS The NASA Conspiracy [LIFE ON MARS] Full Length Documentary 2015
» ALIEN MESSAGE FOUND ON MARS ~ NASA CLAIMS THEY HAVE NO IDEA HOW IT WAS CREATED!