Indo-Australian Tectonic Plate Is Breaking Up

Posted on September 28, 2012 by thetruthbehindthescenes|

You may not have felt it, but the whole world shuddered on 11 April, as Earth’s crust began the difficult process of breaking a tectonic plate.
When two huge earthquakes ripped through the floor of the Indian Ocean,
they triggered large aftershocks on faults the world over, and provided
the best evidence yet that the vast Indo-Australian plate is being torn
in two.

Geologists have spent five months puzzling over the twin quakes - of magnitude 8.6 and 8.2
– which took place off the coast of North Sumatra. Events that large
normally occur at the boundary between tectonic plates, where one chunk
of Earth’s crust slides beneath another, but these were more than 100
kilometres from such a subduction zone. What’s more, both involved rocks
grinding past each other sideways with very little vertical movement –
what geologists call strike-slip earthquakes. Yet strike-slip quakes
this large had never been reported before.

Matthias Delescluse at the École Normale Supérieure in Paris, France,
and his colleagues have an explanation. They analysed quakes in the
area since December 2004, when a magnitude-9.1 quake in a subduction
zone near Sumatra triggered a devastating tsunami. They found
earthquakes during this period were nearly 10 times more frequent
compared with the previous eight years. What’s more, 26 of the quakes
that happened between December 2004 and April 2011 were similar to the
11 April quakes in that they involved rocks being pushed and pulled in
the same directions.

Taken together, the events suggest that the Indo-Australian plate is
breaking up along a new plate boundary, say the researchers, and that
may account for both the location and the size of April’s quakes .
Although both are currently on the same plate, Australia is moving
faster than India. This is causing a broad area in the centre of the
Indo-Australian plate to buckle. As a result, the plate may be splitting
(see map).

John McCloskey at the University of Ulster in Coleraine, UK, is not
yet convinced, saying the evidence from the April events is still too
weak to support such a bold claim. But Lingsen Meng at the University of
California, Berkeley, who studied the rupture pattern of the larger 11
April quake, is more confident. “I think it’s a fair argument that the
11 April earthquakes may mark the birth of a plate boundary,” he says.
Things should become clearer as more earthquakes shake the region.

If they are anything like the 11 April events, the rest of the world
may shake too. In another new study, Fred Pollitz at the US Geological Survey in
Menlo Park, California, and his colleagues found that the global rate
of quakes with a magnitude of 5.5 or greater increased almost fivefold
in the six days after 11 April – something that has never been seen
before, even after very large earthquakes .

“This was the most powerful event (ever recorded) in terms of putting
stress on other fault zones around the world,” Pollitz says. 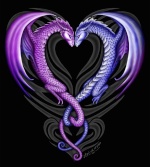 Posts : 21
Join date : 2012-09-12
Location : Everywhere and yet nowhere!
:D Yeah, the planet is certainly having a good dust up.
Though it is just doing what it has done in the past every 11thousand to 16thousand years, as a geologist the evidence can been seen in rock strata, magnetism in rock composition, pole movement can be documented (seen) as well. Oddly samples from the poles are the best examples of how the planet has chanced over the era. The increased sun activity is not helping the situation neither, chucking OMEs etc at the planet.

Unfortunetly these events are not slowing down, it was slow to start and somewhat over due, if previous cataclismic events were used as measuring start point.
2011 saw a big event once a month now 2012 we are seeing 2-4 significant events per month.

And ET can do nothing at all to stop neither, despite what someone called John Kettle has said,

if you believe that...i've got a bride to sell...no seriously i have, made of 'logical smart titanium' can be placed at either end of where you want the bridge to be then press start and it 'grows' yep 'grows' together, until it is a bridge in all its glory....

SORRY Purpleskyz...twaddle like this joker and You Tube 'real' events (yeah right) like a cube spacestation seen near the sun (straight from NASA they don't want you to see crap), How did they hide that from hundreds/thousands of astronomy amaturist who spend many hours gazing at the sun through filters, surely a few hundred would have see this and the coverage of this would have been massive.
You tube is definitly not the place to get the 'truth' from because the vast majority of it is fake, It should be re-named Fake Tube with some half truths thrown in just to lead the masses.

it just does my head in....
guilllable people believe it all as well,

:) Thanks....At least Purpleskyz this post that you have presented is true info....
Something is really happening to the planet and it's surface land masses (fact) and when it goes 'big time' which could be gradual or sudden it will be a wake up call for all.

The thought manifests as the word…The word formulates and expresses as the deed…The deed progresses into inclination….And the pattern strengthens into character…So watch the thought and its ways with care as it may well become an incident!

Admin
Posts : 102798
Join date : 2012-01-04
Location : Woodstock Nation
Great points purplelight!
Getting many sides of the topic is what we are aiming for here. That is the only way we can learn to read what is truth when we see it. The main stream media is a joke and many think Kettler is also. The word discernment is over used but it does fit to what we are able to do to sift through the bs.

Thanks for posting pl! Your take is like a breath of fresh air!

Poeple need to look around, and see beyond what they see, and above all else listen to the planet as it is telling us so much...by collorating all data like earthquakes, volcanoes, floods, plagues , dead fish and any other odd stuff etc....put them on a map there is a pattern and it is telling us a true story.

It should not be ignored....

The thought manifests as the word…The word formulates and expresses as the deed…The deed progresses into inclination….And the pattern strengthens into character…So watch the thought and its ways with care as it may well become an incident!