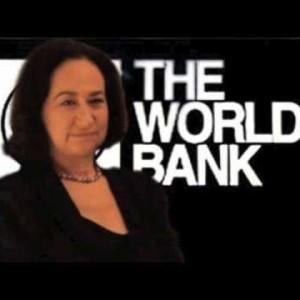 
This is the Story of the Global Currency Reset. The Banking Cartel is the villain of our story. The Bankers are very well organized. In fact, they are directed by the Black Nobility. The Black Nobility tell the rulers of every single country what to do. The Black Nobility are old families who stretch back generations, and are descended from the Pharaohs. The bloodline Pharaonic families were the Templars during the 30 years war between 1618 until 1648. The Templars hired about 100,000 Swiss mercenaries to commit genocide against the Germans, killing 20 million Germans and their children corresponding to two thirds of the German population. Whole cities disappeared from the earth. And in Alsace-Lorraine, Gallo-Roman Alsace Swiss mercenaries killed 95% of the population. President John F. Kennedy described the villains in a speech to the Press Corps on 27 April, 1961. “For we are opposed around the world by a monolithic and ruthless conspiracy that relies on covert means for expanding its sphere of influence–on infiltration instead of invasion, on subversion instead of elections, on intimidation instead of free choice, on guerrillas by night instead of armies by day. It is a system which has conscripted vast human and material resources into the building of a tightly knit, highly efficient machine that combines military, diplomatic, intelligence, economic, scientific and political operations. Its preparations are concealed, not published. Its mistakes are buried not headlined. Its dissenters are silenced, not praised. No expenditure is questioned, no rumor is printed, no secret is revealed.” At the end of WWII, the Board of Governors of the World Bank and IMF was established to administer the world's wealth including the monetary gold reserves of the nations and debt on Treaty of Versailles bonds worth more than $2 quadrillion. Jose Rizal, then Superior General of the Society of Jesus, placed these assets in trust in the Global Debt Facility. On November 14, 1963, 8 days before his assassination, JFK signed the Green Hilton Agreement, to access the Global Debt Facility. (see page 16): http://www.scribd.com/doc/157112633/S... A critical mass of people know about the Global Debt Facility and they are now informing the Banking Cartel and the Black Nobility that there is a Global Currency Reset to replace the paper currencies issued by the Banking Cartel, and to end that scam called country debt. Teleprompter: https://s3.amazonaws.com/khudes/dctvt...