OUT OF MIND » THE INSANITY OF REALITY » ILLUMINATI AGENDA & WORLD DOMINATION » The Rules of The Illuminati, How They Operate & What We Can Do To Stop Them

The Rules of The Illuminati, How They Operate & What We Can Do To Stop Them 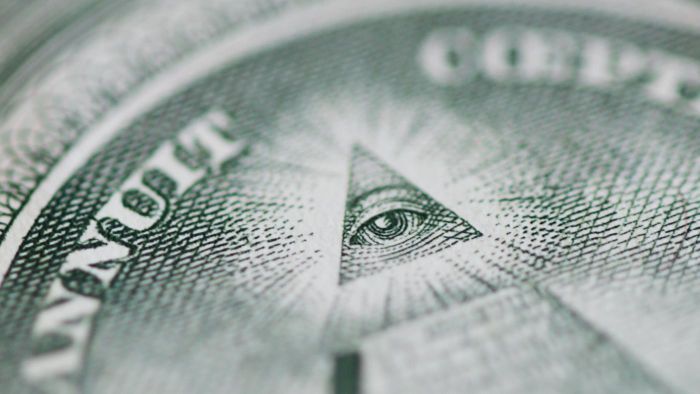 The Illuminati, never before has one word been so popular among youth and pop culture. Everybody seems to think a number of celebrities, and more, are in a secret society plotting to take over the world. If you are a student of philosophy and the occult (quest for truth), you would probably agree that, most likely, our most famous celebrities, like Madonna, and politicians like Barack Obama are not in the ‘Illuminati,’ or whatever you want to call it. Perhaps they are? What are we really talking about here? The Rockefellers? The Rothschilds? The Bilderbergs, the Trilaterals, and the Royal Families? Perhaps all are at various levels of the pyramid, and we can never quite know who’s at the top.
advertisement - learn more

When it comes to “famous” people, most of them seem to belong to some sort of society, where they are showered with riches. Perhaps they themselves have been made to believe that they are important and part of some special clique? The point is, these people are used as distractions, used to sell products and capture our attention to the point where we idolize them. In my opinion, nearly none of them hold any sort of importance among the powerful group who seem to control the entertainment industry, among many others.
I remember reading a passage from “The Secret Teachings of All Ages” written by Manly P. Hall, in it he described how even in ancient societies, these practices were used by the very powerful with, for example, the goddess ISIS, to basically have them worshiped, used as a giant distraction, and if necessary, a scape goat.
That being said, secret societies have existed for thousands of years, and according to various scholars within the field, like Manly P. Hall, who is a legend in these areas, ancient magical practices that are ritualistic in nature were taken, used, and perverted for ‘dark’ purposes long ago. Plato also gives this account with regards to the destruction of Atlantis.

Related CE Article: How Some of The World’s Elite Use Black Magic Rituals To Conjure Up Entities For More Power & Control

I think these are important points to keep in mind when discussing such things. There are two articles which have been written on the subject here at CE that I’d like to bring attention to. The first is titled “The Perceived Power of The Illuminati.” You can read the full article here, below is an excerpt taken from it, that was written by CE contributor, Mark Denicola:
advertisement - learn more

“Whether you don’t believe in their existence, hate their guts, couldn’t care less, or support their cause, you are a contributing factor, just as I am.
The elite rely upon us to maintain the level of control that they have. Think about it even in terms of numbers.  Are they the majority, and therefore hold their power by sheer numbers? Not even close! Realistically we probably outnumber them at a figure that I dare say is close to a million to one.
The Illuminati maintain their power primarily through something we all play with… fear. And not just a fear of what they are capable of. But more so a fear of what the world would be like without them. Not them individually, but what they have created. So many of us can’t imagine a world without a financial system to govern trade, a world without religion to give us faith in a new tomorrow, a world without a police force/ military to keep peace. We can’t imagine it to such a strong degree, that we actually fear it!
This is the key tool the controlling elite uses to keep the wheel spinning. They have made us afraid of ourselves and each other. We have become so disconnected from each other that we feel that without some form of regulation in place, we would steal, murder, and destroy the planet leisurely.

But where did this disconnection come from? From nowhere but the system that we are afraid to not uphold.
Do you truly feel that we, in our purest state, would want to harm one another or the planet that we live on?  No. Do you truly feel we were naturally designed to have enemies that we must fear? Goods that we must fight over? Tiers of power that dictate our experience? No, no, and no.
In our purest state, we are all loving individuals, naturally designed to co-exist and be harmonious with one another. Look at the way we come together in times of need, assisting our brother or sister when they need our help.  Look at the way we develop friendships and experience love. Look at the way we can all smile and share a laugh. For some, these examples may seem pointless, but I have put them here to remind us of the simplicity to who we are, in hopes of inspiring you to not only remember these moments, but to also realize how wonderful it would be to openly share them with all of humanity.”
The second article was written by Founder Joe Martino, and it makes a lot of strong points. You can read that linked below:
David Wilcock Explains The Rules of The Illuminati & How They Operate
You can watch that full interview in our members area. Below is a brief clip of it.

OUT OF MIND » THE INSANITY OF REALITY » ILLUMINATI AGENDA & WORLD DOMINATION » The Rules of The Illuminati, How They Operate & What We Can Do To Stop Them

» The Rules of The Illuminati - David Wilcock
» URGENT!!!! PLEASE STOP THE ILLUMINATI BABY SACRIFICE IN DENVER COLORADO!!!!!
» COURTS OPERATE BY INTENTIONAL DECEPTION
» The Enemy Within is very Real, and they operate from out of Switzerland
» Conspiracy Documentary 2017 Illuminati Truths | Mystery of the Freemasons , Illuminati and Nwo