Venezuela looks to have effectively outmaneuvered Western designs to
overthrow national sovereignty, but many challenges lay ahead. 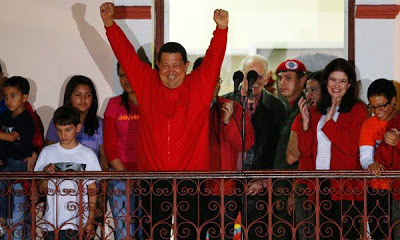 
Venezuela has provided the world with a successful model to counter the
subversive methods of Wall Street and London in their bid to overthrow
yet another nation-state to be rolled into their global collective.
However, many have noted that President Hugo Chavez is a flawed leader,
with flawed policies - many of which run contra to concepts of personal
freedom and liberty.

While this could be said about virtually any politician, the fact is
that despite President Chavez' flaws, he has posed a substantial
obstacle to Western ambitions across South America, and has consistently
opposed Western machination across the world. It has been pointed out,
however, that President Chavez is heading a political movement very
similar to the highly criticized, Wall Street proxy, Thaksin Shinawatra of Thailand - that is, using populist policies to build a reliable voting bloc to stay perpetually in power.

In many aspects this is true, though Venezuela's policies are
sustainable, and a direct result of nationalizing the oil industry,
while Shinawatra of Thailand simply took money out of state coffers
while attempting to further privatize and sell-off to foreign multinationals, Thailand's vast resources.

Also, political and economic policies are erroneously viewed by many as
"sides" one is either on or against. In reality, the global elite see
them simply as tools, and their use dictated not by personal preference
or ideology, but by utility given any specific circumstance. Whether one
is "good" or "bad," when they are presented with boards that must be
nailed together, they pick a hammer. Likewise, when a nation must be
unified against a large, capable political opposition - political
machines, populism, and socialist policies are generally used.

It is difficult to see what other effective method President Chavez
could have used against the West in organizing the Venezuelan people
against the collective corporate-financier interests
arrayed against them and the substantial foreign subversion President
Chavez has faced throughout his political career. Boards needed to be
nailed together, and President Chavez elected to use a hammer. He is
succeeding, and as his political structure is hammered together, taking a
more distinct and stable form, it will soon be time to take out other
tools to further refine it.

As Venezuelan President Hugo Chavez consolidates his position, it will
be important to move beyond the populist policies required to win over
people in the face of concerted efforts by foreign-funded opposition to win them over. In "Free Markets & Socialism: An Alternative View," it stated:

Socialist handouts are tools. Like any tool they are only as good as the
people using them. While the intentions of socialist medicine, welfare,
education and so on seem noble, in reality they are primarily used by
self-serving crooked politicians as bribes handed out in exchange for
the voting public's servile dependency on a particular political agenda.
Generations of voting blocs have been created using socialist handouts
in just this fashion. Pragmatic solutions are never seriously pursued
because pragmatic, permanent solutions - while alleviating entirely any
particular social problem - would undermine the real purpose of the
handouts, namely, building a dependent, servile voting bloc.

However, let us imagine socialist handouts for a particular social
problem such as medical care applied in the context of a temporary
stop-gap measure. While people are subsidized for care, the commitments
are temporary and voluntary only to prevent people from dying without
proper treatment. Meanwhile, investments are put into education and
biomedical technology with specific benchmarks and time frames in mind.
Simultaneously, barriers such as crippling 'intellectual property
rights' and monopolizing business practices are eliminated to allow real
competition to flourish.

By increasing the supply of trained practitioners and biomedical
engineers through improved education, and advancing biomedical
technology past current levels of precarious scarcity the price for
medical care will drop accordingly. With monopolies eliminated, real
progress can be effected. If a particular company has a viable,
affordable treatment for cancer, no established monopoly will be able to
lobby Washington to regulate it out of business to protect their
particular racket. Similar solutions could also easily be applied to the
inadequate, antiquated, parasitic oil and car industries as well.

We should look around society today and take stock in industries and
commodities we take for granted. We do not kill one another over the
last chicken leg or leaf of lettuce nor do many people go without basic
food. This is not because we have mastered subsidizing socialist
handouts to feed our populations, rather we have developed agricultural
technology that allows us to create an affordable market nearly anyone
can benefit from under normal circumstances.

Likewise, medical technology and other essential industries can and must
be advanced to where the market price is affordable to all. This will
not happen with socialist handouts or monopolizing regulations in place.
It will happen with improved education and healthy competition within
the markets, where the only protection given is the rights of
entrepreneurs big and small to pursue their trade without being hindered
by monopolistic practices. In the meantime, it is sensible to
transition away from total, permanent (and pandering) socialist
solutions and move toward temporary stop-gaps until this is achieved.

It should be understood that the concept of a "free market" described
above does not refer to absolute economic anarchy. For instance, should
Venezuela elect to pursue more permanent, technological solutions to
problems currently subsidized, they would not by necessity "open their
markets" to foreign multinationals and crippling "neoliberalism." In
many ways the West already observes truly "free markets," or economic
anarchy where giant corporations are free to do anything they wish,
including wage massive, global wars in pursuit of their interests. The
constricting laws and regulations many well-intentioned free-market
advocates abhor, have been imposed by these unhindered, anarchical
corporations, not by a "socialist government." What these advocates
perceive as a "socialist government" is in fact an interface created and
controlled by unhindered, unregulated, unaccountable corporate-financier interests. 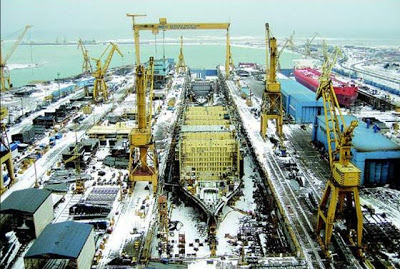 Image: Building things, making things, technological and
scientific progress moves forward the frontier of human knowledge and
makes all that follows in its wake more accessible and affordable to the
average person. The next step of any genuine socialist movement aiming
to meet the immediate needs of the people, is to empower the people
through education and technology with the means to develop permanent
technological solutions to replace what should be only temporary
government-dependent subsidies. Socialism as a final end, is but another
system of control.

For Venezuela, the threat of foreign subversion is still very real.
There is a very real global network of subversion maintained by the
corporate-financier interests of Wall Street and London, forming the foundation of modern imperialism.
For President Hugo Chavez to move on to the next step, to put down the
hammer and begin using more articulate tools, he would have to
effectively communicate these intentions to his support base and ensure
that the Venezuelan people are aware of the dangers and payoffs of
pursuing the next step.

Finally, as a growing front of nations begin to rise up against Western
global hegemony and the "Washington Consensus," it is important that
people around the world prevent an identical, but opposing global order
to take its place. Global governance by any name, administered by any
nation, or group of nations, is unnecessary and only serves to subvert
national, local, and individual sovereignty. A mulipolar world where the
mutual respect of national sovereignty, and the primacy of the
nation-state is it's foremost principle, is what we the people of the
world should not only demand of our representatives, but should work on a daily basis locally to achieve.

Tony Cartalucci's articles have appeared on many alternative media websites, including his own at Land Destroyer Report. Read other contributed articles by Tony Cartalucci here.