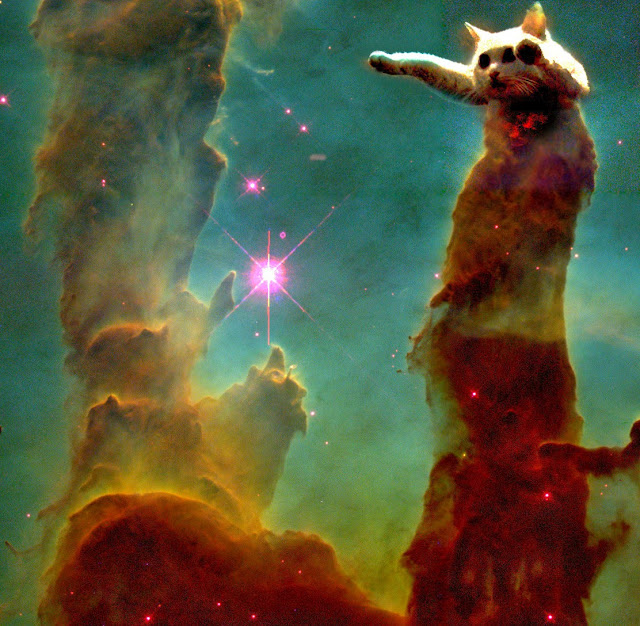 Ok, someone asked about "Ascension Symptoms," aka, "Wave X" symptoms and what they were, so we sat down and spit-balled a list... which degenerated into Friday silliness, but what do you expect from a bunch of CATs? Anyway, here's an incomplete list of ascension symptoms/body issues:

Ok, we made up the last two, but that's some list.


You're basically upgrading while IN a body, which to our knowledge has never happened before. Note that these symptoms can indicate other health issues, especially in certain combinations, so... if you think you're having a problem, go see your doctor. ALL of the CATs have gone to the ER with some/many/all of the above symptoms. (But PLEASE don't tell your doctor that you think you're turning psychic. Or worse, that his dead mother is standing next to him and that she's very unhappy with his current relationship. One CAT did this and got sent to the Psych Ward -- for two years. It took her two years to get out. Hello?)


You might also be experiencing your own psychic "clair-" (clear-) gifts emerging, such as:

Clairvoyance -- seeing things with your Third Eye (6th chakra), aka, "the mind's eye," mental images of past, present, or future.

Clairsentience -- just "knowing" something, as well as knowing the Truth when you hear it -- and knowing when people are lying. things." It's also feeling differences in energy, which can indicate spirits, portals, Wave X, energy attacks, microwaves (HAARP), proximity to certain celebrity egos, etc.

Clairscent -- literally smelling energy (it's pretty cool and dead-useful); certain spirits/beings have a psychic "smell" to their energy. Good spirits can smell like coffee! You can really smell anything that the spirit or being wants yu sto smell, like a favorite perfume, fav food, etc. It's a bit odd at first.

Clairtangency -- aka, psychometry: being able to get impressions by handling an object. A great and terrible gift ("Someone has had sex on this table.")

Clairgustance --  perceiving the essence of something a substance from the spiritual or ethereal realms through taste.

Clairempathy -- aka, being an "empath." Empaths easily feel what others are feeling, even at a distance, in past, present, or future.

Channeling/Mediums -- A channeler allows their body/mind to be used as a mechanism for other beings to speak through, while Mediums are expert at speaking with the spirit world. There's nothing like a really good Medium. As for channeling, PLEASE don't attempt this if you're not trained. All kinds of things are out there to trick you.

Clair-aping -- making really accurate ape noises through ape-channeling (this is the best), second only to cheese-channeling.

Phew. That's enough of that.