OUT OF MIND » THE INSANITY OF REALITY » POISON PLANET » Kevin Mugur Galalae ~ Why The Water And Milk We Drink And The Salt We Eat Make Us Infertile,

Kevin Mugur Galalae ~ Why The Water And Milk We Drink And The Salt We Eat Make Us Infertile,

Admin
Posts : 106749
Join date : 2012-01-04
Location : Woodstock Nation
Kevin Mugur Galalae ~ Why The Water And Milk We Drink And The Salt We Eat Make Us Infertile, Feeble-Minded And Ill


I’ve been given a copy of People’s Protection Force Emergency Publication by
Kevin to read and publish, should I see fit. After reading the first
couple pages I’ve decided to make it immediately available to you for
download. Please download a copy and share this link. Assist us in
making this go viral. Blessings ~G 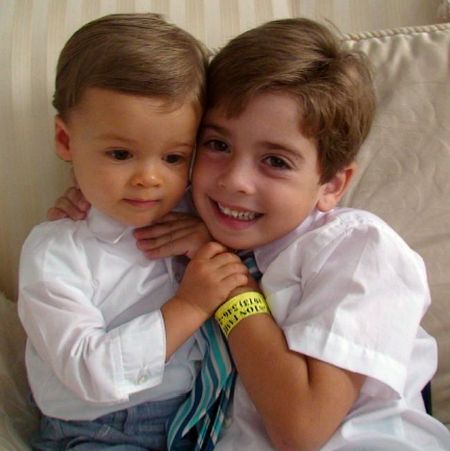 Kevin
Mugur Galalae ~ I dedicate this book to mankind and the cleansed world
and age of innocence it will engender to my sons, Benjamin and Oliver
Galalae, who have been torn away from me by the forces of evil that have
aligned themselves against humanity. It is the love of my children and
the struggle to be reunited with them that have given me the courage and
the strength to confront the enemies of mankind.

Kevin Mugur Galalae writes ~ Wherein I will prove beyond a reasonable doubt, through statistical, demographic and comparative data, that water, salt and milk fluoridation have been deliberately employed by governments throughout the world from the end of World War II onward for one and one purpose only – depopulation,
and that as a result some 30% of the lineages subjected to fluoridation
have been rendered infertile and have already died out or are in the
process of dying out.

This planned and scientifically-driven genocide, justified in the
minds of our leaders by the overpopulation imperative, is a substitute
for war, which has been made impossible by the mutually assured
destruction of nuclear weapons. Over the past 60 years, the depopulation
agenda has grown into a global program that involves the vast majority
of the world’s governments and the entire international community, the
result of which there are few places in the world where our children can
drink water and milk or eat salt without serious repercussions on their
ability to procreate. [This agenda affects] the genetic quality of
their offspring if they do succeed [in reproducing], their mental and
intellectual integrity, and their general health. If allowed to
continue, the fluoridation genocide will annihilate the majority of
mankind within a few generations and reduce those who survive to mental
retardation and severe genetic degradation, making life undesirable and long-term survival impossible.

As of 2001, the war waged on us by our own governments has entered a new and far more destructive phase through the adoption of genetically modified organisms, the newest weapon of mass destruction in the arsenals of our governments. This
new phase was augured by the staged and catalytic event of 9/11 and has
our rapid annihilation, in advance of the impending oil shortage, as
its objective.

The time has come to put our leaders on trial for crimes against
humanity, punish them severely for poisoning us and our children for
sixty years, and change their murderous world order before we are too
weak to resist. The time has also come to reclaim our bodies and our
minds from government control and to use our freedom to exercise
self-restraint on the reproductive front by virtue of a new-found global
consciousness that is devoid of prejudices and driven solely by the love for our children and for the planet we share.
Should we fail to rise to the occasion, we will deserve to be
exterminated and, by default, allow those who could and did organize
across borders, and who for better or worse did take proactive measures,
inherit the Earth.

OUT OF MIND » THE INSANITY OF REALITY » POISON PLANET » Kevin Mugur Galalae ~ Why The Water And Milk We Drink And The Salt We Eat Make Us Infertile,

» Milk. White Poison or Healthy Drink?
» ITNJ announces its first case: Kevin Galalae versus Canada
» Kevin Galalae The Subversion of Medicine and Public Health by International Security
» While the Children in Flint Were Given Poisoned Water to Drink, General Motors Was Given a Special Hookup to the Clean Water
» Alfred Webre ~ Kevin Galalae: Moving from global genocide to empowering population replacement levels