The Still Unsolved Mystery of the Eugene Signal 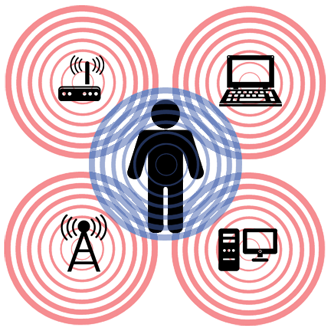 TruthStream Media has created an excellent mini-documentary here about the US Government’s decades-long suppression of the harm posed by prolonged exposure to the microwave radiation, such as that from cellphones.
It centers on an instance when the entire population of Eugene, Oregon were used as guinea pigs and bombarded with frequencies over several months without their knowledge. It also covers the story of how the US Embassy in Moscow was irradiated by the Russians for 11 years without the workers being informed, while the CIA studied the effects of this radiation as part of Project Pandora.
80% of Embassy employees developed high white blood cell counts and many complained of an increased incidence of depression, irritability, difficulty in concentrating, memory loss, eye problems, skin conditions and ulcers and three former US Ambassadors stationed at the Moscow Embassy during the period when it was being beamed all died of cancer.
In the 1970s, this sustained attack on the US Embassy was finally acknowledged and the building was gutted to install anti-radiation screens to protect personnel. Melissa Dykes notes, “The Moscow Signal put the American government in a bind, as the strength of the signal was only 5 microwatts per square centimeter, well below the official US microwave radiation safety standard.”
As soon as the embassy bombardments ceased, a new much more powerful signal began, called the Woodpecker, which the US Department of Defense said was just an over-the-horizon radar designed to track US missile launches, while other scientists, like Dr. Robert O. Becker, author of the book, ‘The Body Electric’ suspected that the Woodpecker is designed to interfere with human brain function. Dr. Barrie Trower, former microwave weapons expert for the Royal Navy describes microwaves as the “Ultimate stealth weapon.”
Mountains of scientific findings over several decades are covered here, especially those in countries outside the US, where this area of research is less suppressed, revealing that damage to health increases with cumulative exposure to this radiation. This is now, of course of more concern than ever, with the push to foist the 5G “small cell” network everywhere, which requires blanketing the planet with millimeter wave-emitting antennae placed every couple of thousand feet.
This network is being rolled-out as we speak. In Verizon’s own words, “5G is the key ingredient for kicking off a Fourth Industrial Revolution.”
One wonders if some kind of genocidal cynicism gave rise to the term “small cell technology”, which almost seems to be named after the notoriously aggressive form of lung cancer.