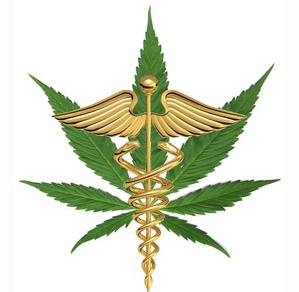 by S.D. Wells, October 24th, 2018
Although glioma tumors affect less than 200,000 Americans, this FDA approval sets a precedent for natural remedies, and could lead to a revolutionary way to legally treat many forms of cancer with natural cures. In justifying preliminary approval of utilizing CBD to treat brain and spinal cancer tumors of this kind, Insys Therapeutics provided the FDA with the scientific rationale for CBD’s benefits, including human experiences with the natural remedy, evidence discovered through in vitro studies, and preclinical animal testing.

The same tired argument always ensues in America when a natural remedy cures too many humans of disease and disorder – the allopathic clowns claim there’s no scientific proof (because pharma doesn’t like the competition). Now the scientific evidence is strong for the real therapeutic potential of CBD oils to treat some of the most dangerous and lethal forms of cancer, especially ones that surgery and chemotherapy have proven nearly useless against.
Certain cannabinoids work best when combined with other CBDs and THC, but the breakthrough recognition of the Insys Therapeutics’ formula is huge for the natural health community and cancer science in general. This completely dismantles the fake “scientific consensus” that only “peer reviewed” chemicals, radiation and surgery can treat cancer. After Insys provides success after success, which they most likely will, it is likely that the full-spectrum of cannabis extracts will find FDA approval, and be a viable option for the masses who want a safe and effective alternative to archaic, invasive, chemical, misery-inducing “mainstream” versions of trying to treat cancer now.

Chemotherapy fails 97% of the time, but no oncologists ever tell their patients THAT

On thing is for sure, chemicals cause cancer, and the worst thing you can do to an acidic body is dose it with more chemicals. Science has already proven that chemical pesticides, chemical preservatives in foods, chemical sugar substitutes, and chemical-based prescription drugs cause cancer cells to proliferate. Mutated cells that are fed by chemicals multiply uncontrollably and can take over vital human organs, including the most complex one in the body – the brain.
If you could filter all of the chemicals out of everything you eat, drink, breathe in, and put on your body today, you could probably fill up a shot glass. Your filtering organs are being overwhelmed, your cells are getting choked out, and the cumulative effect of all of this is the mutation of cells that will eventually gang up and attack your good cells. So why on earth would anyone accept chemotherapy for the treatment of a cell disorder that is caused by chemicals? The name chemotherapy even uses the root word “chem” from chemical. Wake up folks.

[url=https://www.amazon.com/gp/product/187882323X/ref=as_li_tl?ie=UTF8&camp=1789&creative=9325&creativeASIN=187882323X&linkCode=as2&tag=justinnotary-20&linkId=be6b72a6ac84b8ef3ce0fb59e1ace620" \t "_blank][/url]
Do you know the top 10 chemical causes of cancer cell development? Scrub your daily intake against these. Then, if you still find yourself fighting cancer, consider natural remedies that are now PROVEN by science to beat even the toughest forms of cancer, including glioma tumors.

Learn more about the toxins you are exposed to at Toxins.news.