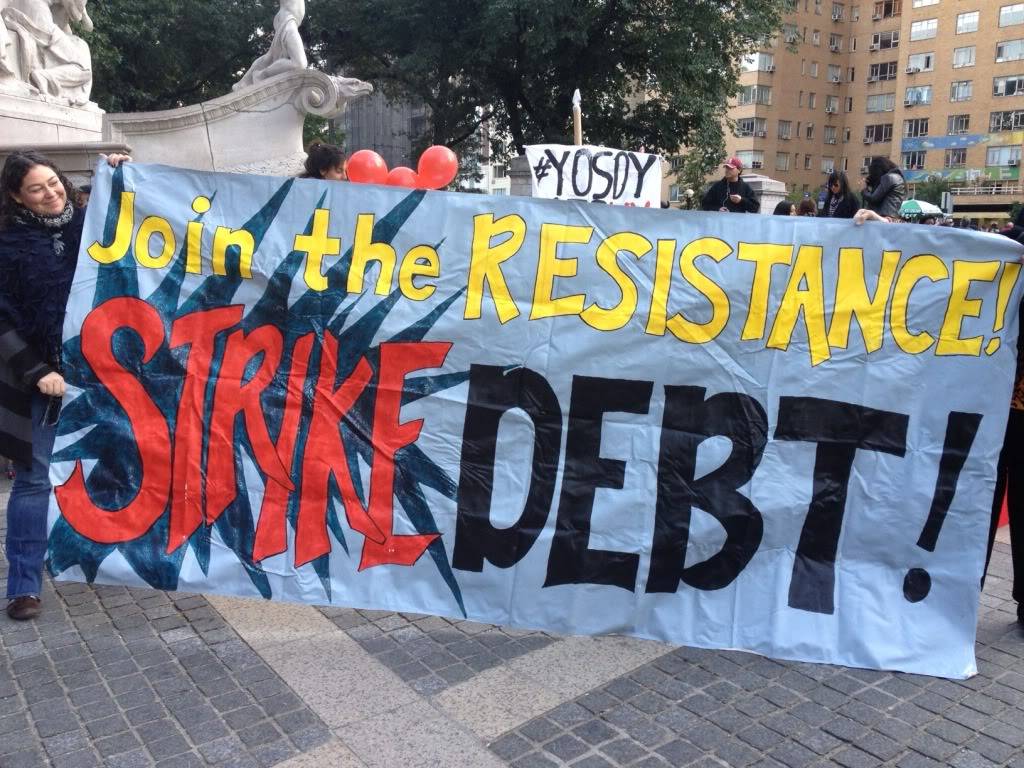 All photos of the Columbus Circle protest by Allison Kilkenny

Demonstrators across the globe in more than thirty countries called
for the end of austerity over the weekend. Banging pots and pans,
hundreds of thousands of protesters flooded the streets of Spain and
Portugal as part of “Global Noise” day, carrying placards saying, “We don’t owe, we won’t pay.”

“The idea is to make some noise so they hear us but we already know
that these leaders don’t have ears for us,” one of the protesters told Press TV. 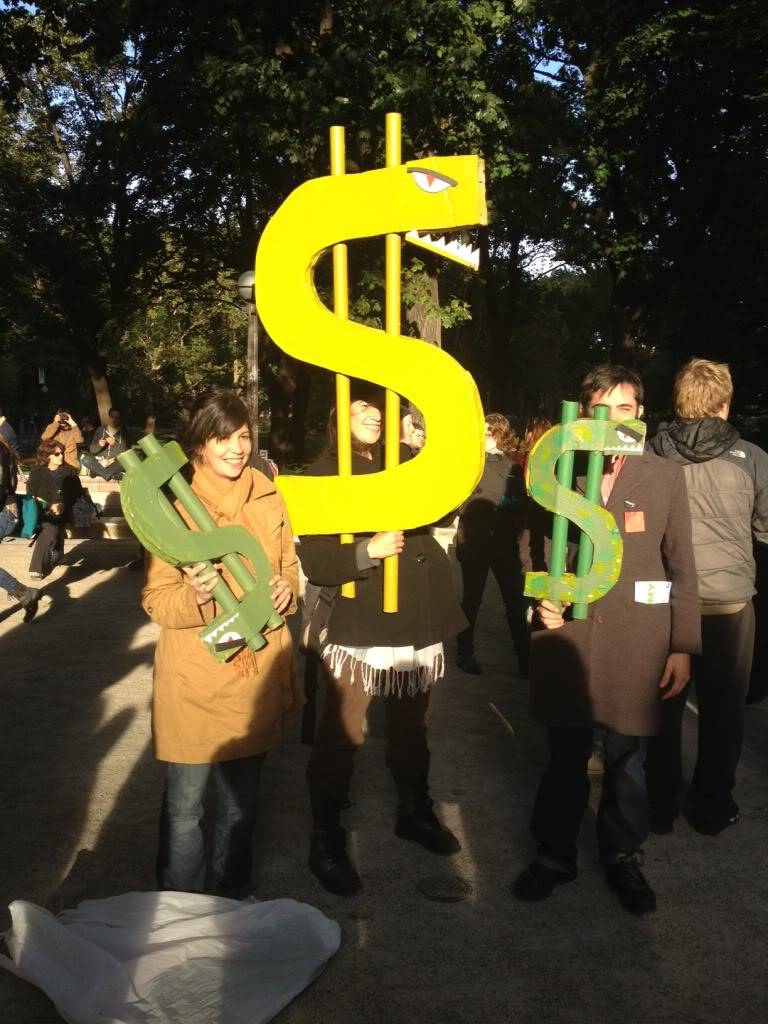 “None of us pushed the banks to lend huge sums of money
to greedy property speculators, yet we are being asked to pay for
other’s mistakes,” another protester said.

“This government will kill Portugal, and if we don’t do anything, it
will be worse,” said Ivan Rodriguez, a protester in his 30s in Lisbon,
where others banged on drums and clapped their hands to make as much
noise as possible.

“I’m fighting to preserve my job and those of others,” he added. 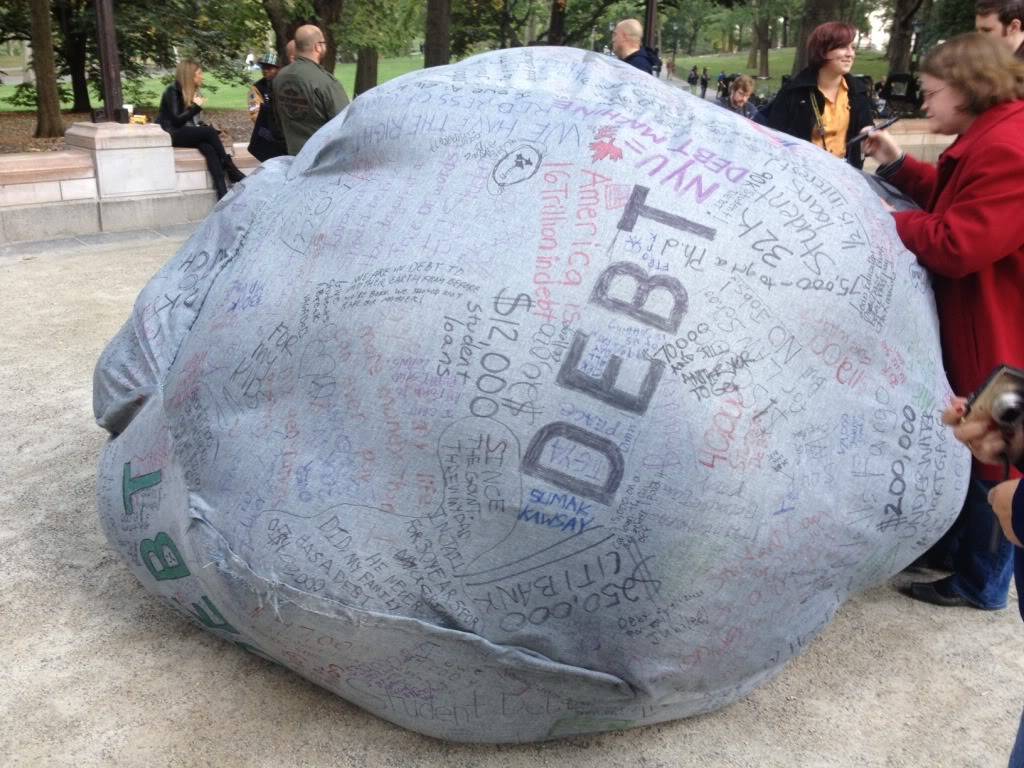 Another slogan, “Let the troika go to the devil,” made reference to
the country’s international creditors—the so-called troika of the
European Union, the International Monetary Fund and the European Central
Bank.

In New York City, hundreds of activists gathered at Columbus Circle
to promote the same message, and also for an educational panel about
debt, followed by a march around the city.

Strike Debt and Occupy Wall Street handed out copies of the Debt Resistor’s Operations Manual,
a project of the wonkier sect of Occupy that seeks to educate citizens,
specifically about how debt affects everyone, the history of things
like housing debt and what they can do to protect themselves if they’re
currently in debt, and also gives them the tools to create a credit
system that serves the people and not just the obscenely wealthy. (The
manual is available as a PDF here.) 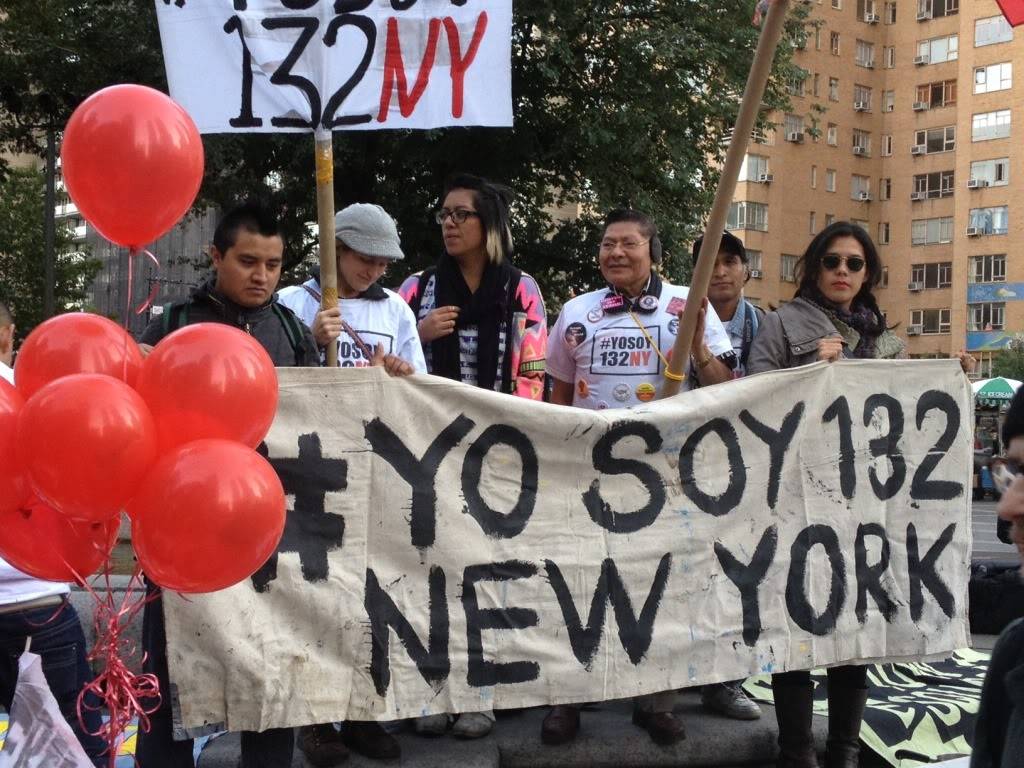 Speakers
representing countries from around the world addressed the crowd before
the march began, including activists from Mexico’s Yo Soy 132, Japan’s
Occupy movement and the Canadian debt resistance.

One speaker received strong support from the crowd when she remarked, “debt is the new colonialism.”

Another protester, in talking about the ongoing austerity protests in
the United States, Canada, Egypt, Spain and Greece said, “All our
grievances are connected.”

Sabu, an activist from Japan, assured the crowd that protesters in
his home country are resisting, even if the media have done a poor job
of covering demonstrations. In particular, he noted there have been
strong protests against the International Monetary Fund and World Bank
conference that took place in Tokyo. 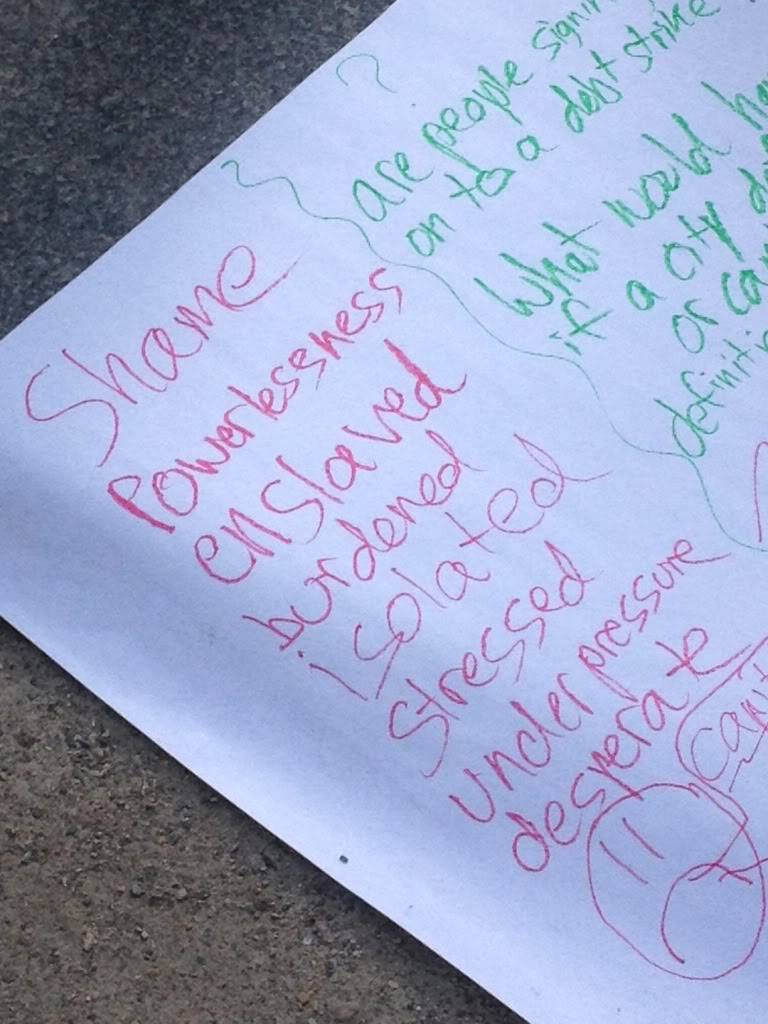 “People are fighting,” he said.

Many students currently buried under student loans expressed their
frustration and desperation when using the People’s Mic and in smaller
breakout groups following the debt panel. The nation’s student loan debt
burden is massive, having recently exceeded a trillion dollars, which
is more than the nation’s credit card debt.

At one point during the march, boisterous protesters appeared on the
big screen in Times Square as they banged pots and pans, a protest
strategy originally adopted from the casserole marches, and which is, according to Occupy Wall Street,
“a means to call attention to problems facing the community that the
power structure is not addressing, using a method that is hard to
ignore.”

Though all the Global Noise targets
were chosen by local chapters, the theme running through all he events
is the “targeting of political and financial elites who are held
responsible for destroying our communities and the planet, resonating
the ongoing wave of anti-austerity protests in Europe and around the
world.” At the same time, Global Noise stated that it wants to be a
“symbol of hope and unity, building on a wide variety of global justice
and solidarity, assuring that together we will create another world.” 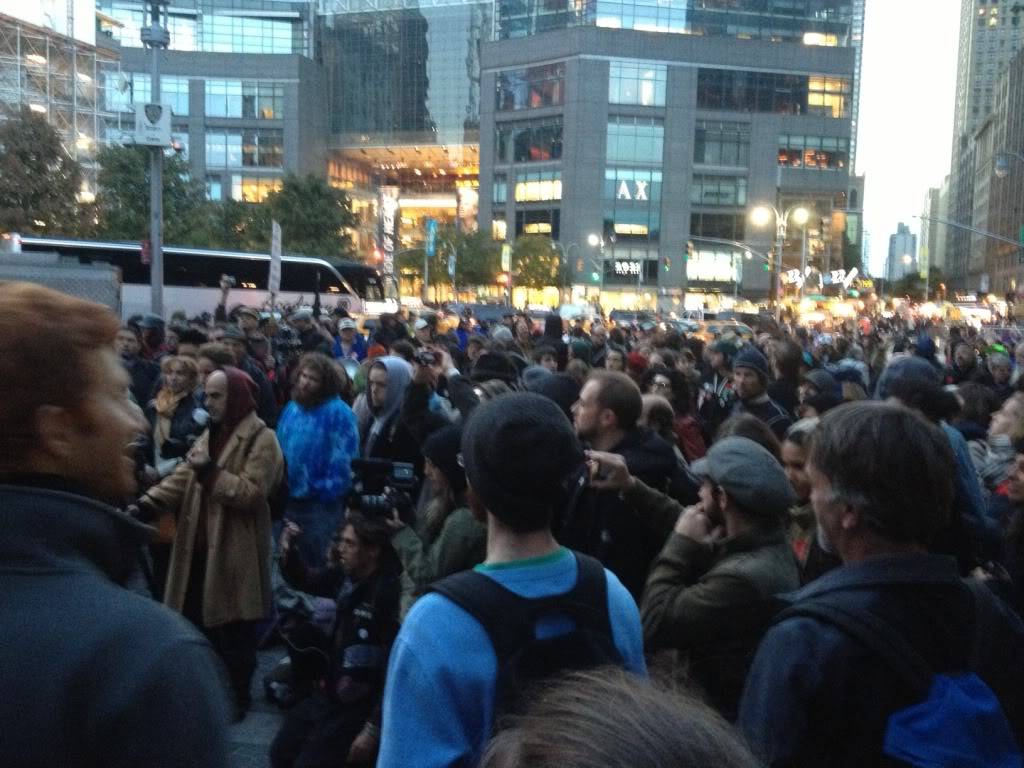 Caleb Maupin from the International Action Center told RT in an interview,
“Austerity is a crime against the people,” and says that austerity has
struck the U.S. as well as countries like Spain. With banks being
rewarded while people suffer, “we are going to rise up and demand a
change to that situation,” because “people don’t have to pay for the
crisis the bankers created.”

For more on anti-austerity movements, check out Nation publisher and editor Katrina vanden Heuvel on the EU’s support for a Robin Hood tax.

Admin
Posts : 106255
Join date : 2012-01-04
Location : Woodstock Nation
Yes the main stream media HL! Now there is an idea. Why is this NOT being covered here??
I was busy at work today and only had time to check around a few times but nothing did I run across regarding protests events in this country. And I never heard squat of anything pre 10/16 either. I spend hours daily searching out info.

WHERE ARE THE ORGANIZERS IN THE US?????
WHERE ARE THE ABBY HOFFMAN'S? THE BOBBY SEALS?
WHERE IS THE NOISE HERE??
Hell where are Crosby, Stills and Nash? Roger Waters is trying at least.

Oh I think we'll see the elections, have to keep the front going - but it sure would be priceless to just skip all of that and go straight to the other stuff that everybody here is waiting on!

Hey Purpleskyz - did you notice - terbo and I are playing nice tonight!