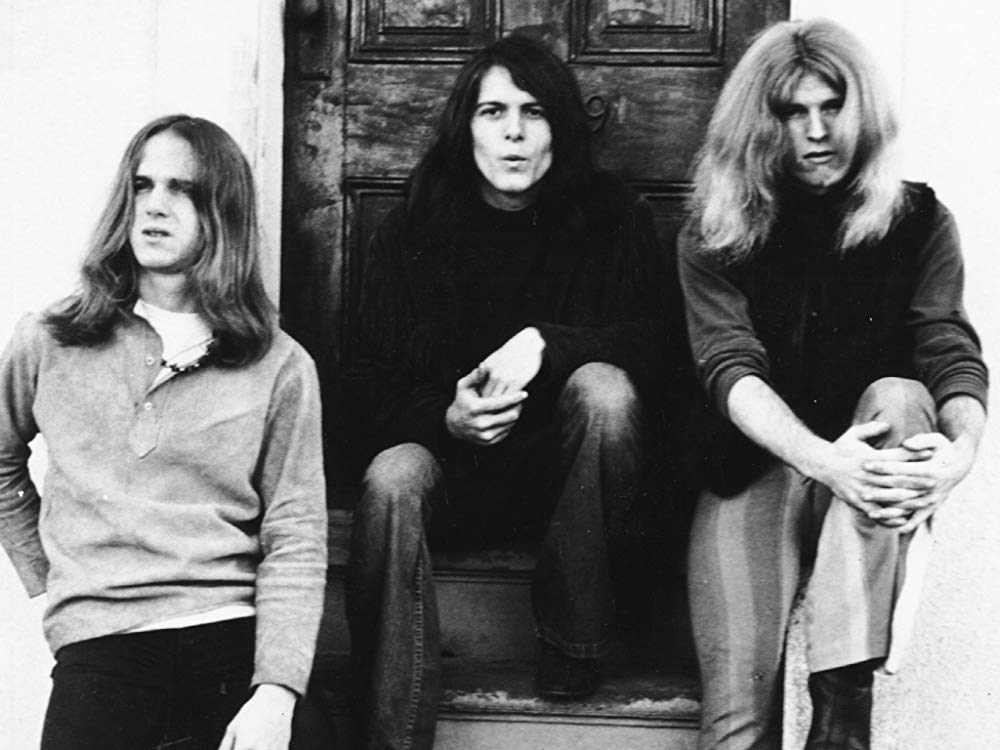 Paul Whaley (left) and Blue Cheer bandmates Richard “Dickie” “Peterson (right) and Leigh Stephens in 1968. Photo: Universal Music Group
Paul Whaley, whose thrashing drum sounds lifted the San Francisco blues rock trio Blue Cheer out of the psychedelic rock haze and into the realm of proto-heavy-metal, died Monday, Jan. 28, at his home in Regensburg, Germany. He was 72.
The cause was heart failure, said Eric Albronda, the band’s co-founder and former manager.
Whaley was part of the core power trio of Blue Cheer, the loudest band to come out of the Summer of Love era. He completed a lineup that featured singer and bass player Dickie Peterson and guitarist Leigh Stephens in 1967, coming into the fold a year after the group formed in the city’s Haight-Ashbury district with Albronda as its original drummer.

With Whaley on board, Blue Cheer — named after the band members’ favorite strain of LSD — quickly set itself apart from the peace and love affectations of groups like the Grateful Dead and Jefferson Airplane with its sheer volume.
Managed by Allan “Gut” Terk, who rode with the Hells Angels, the group scored a hit with its riotous take on Eddie Cochran’s “Summertime Blues,” which reached No. 14 on the Billboard charts and made them immediate outcasts on the local scene.
“Blue Cheer were very radical in their musical style,” Albronda said. “Most other San Francisco bands at the time were not fond of them due to their meteoric rise to fame.” 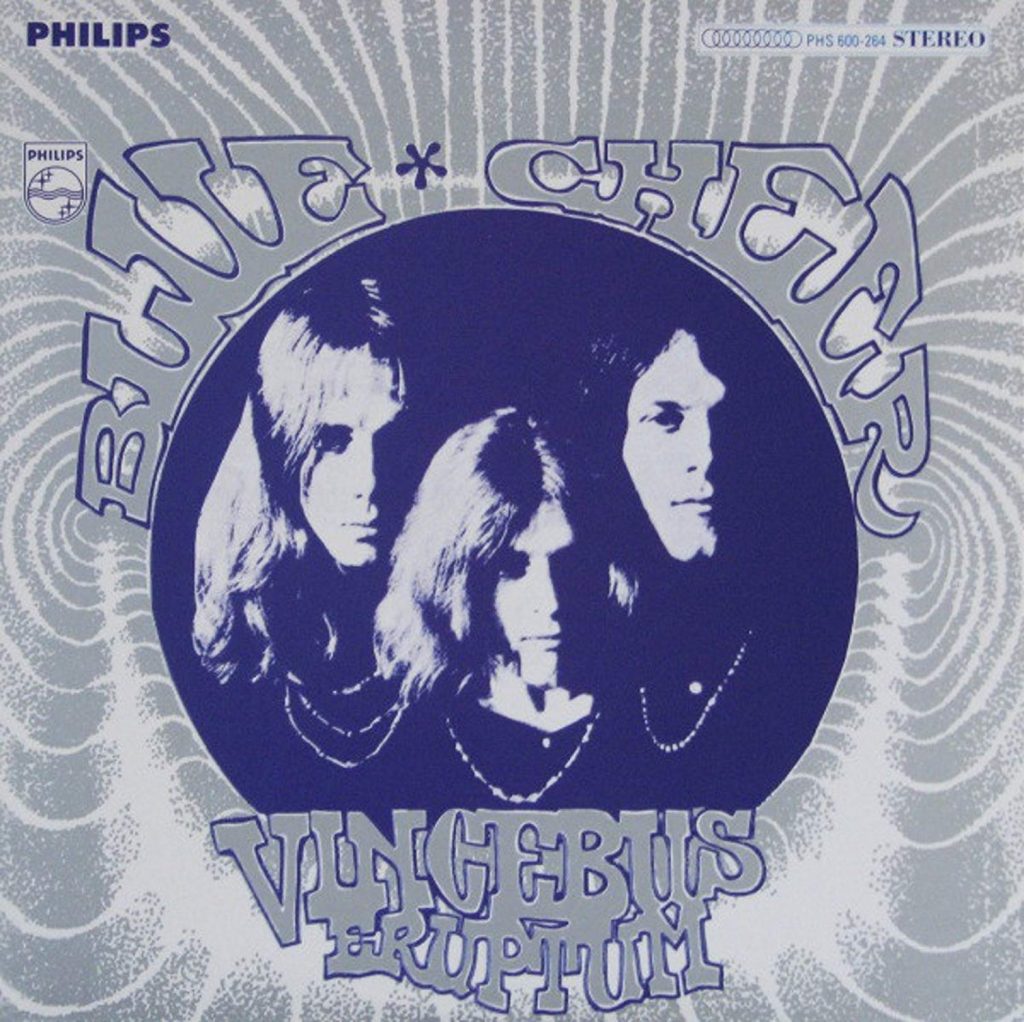 The album cover of Blue Cheer’s 1968 album “Vincebus Eruptum.” Photo: Philips 1968
Playing against a stack of Marshall amplifiers in tight pants and shaggy hair, they often drove fans away with their unruly appearances at concerts like the Human Be-In in Golden Gate Park — the living embodiment of the caveman rock band on “The Flintstones.”
“We were the redheaded stepchild,” Whaley said in an interview with Perfect Sound Forever in 2006. “We were getting slapped around by everybody, the press, other bands in San Francisco. But, we did what we like to do.”
When the group appeared on “American Bandstand” in 1968, Dick Clark warned audience members, “You can see from the wall of sound behind them that it’s going to sound like anything but a trio.” On Steve Allen’s television program the same year, the host simply introduced them by saying, “Blue Cheer — run for your lives!”
“I think (Blue Cheer) were probably the originators of heavy metal because they didn’t really have traditional roots in the blues,” Eric Clapton said in an interview with  Uncut magazine in 2012. “They didn’t have a mission. It was just about being loud.” 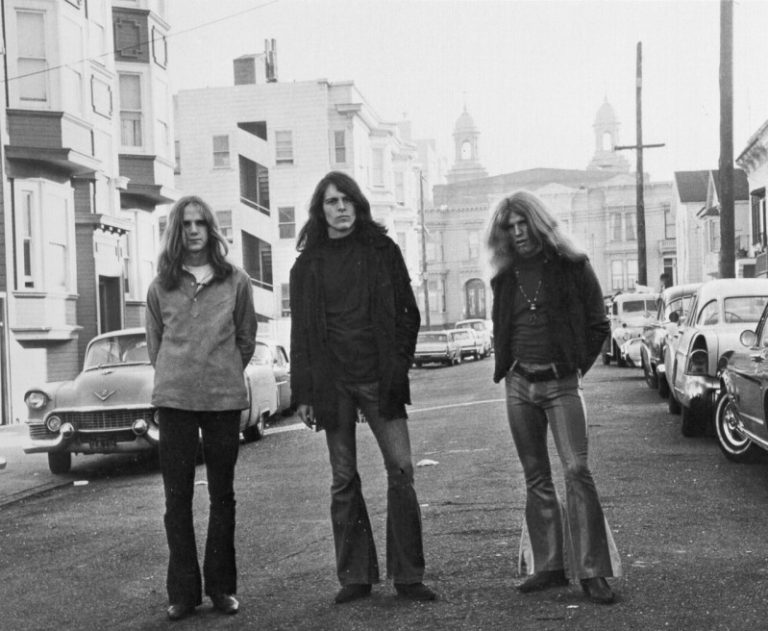 Paul Whaley (left) and Blue Cheer bandmates Richard “Dickie” “Peterson (right) and Leigh Stephens in 1968. Photo: Universal Music Group
Bands from Led Zeppelin through Nirvana built on Blue Cheer’s primal template, much of which was derived from the interplay between Peterson’s scuzzy bass lines and Whaley’s savage fills.
“At one time, he was considered the very best of the best rock drummers,” Albronda said.
Paul Gene Whaley was born on Jan. 14, 1947, in Vallejo. His father was the country musician Paul Edward Whaley.
Paul Gene Whaley started performing music professionally in 1964 as a founding member of the Oxford Circle, a garage rock outfit based in Davis that frequently shared the bill with Bay Area acts like Quicksilver Messenger Service and Big Brother & the Holding Company at the Avalon Ballroom.
Following his initial three-album run with Blue Cheer — appearing on 1968’s dual releases, “Vincebus Eruptum” and “Outsideinside,” and 1969’s “New! Improved!” with new guitarist Randy Holden — Whaley quit the band, and Blue Cheer broke up in 1972.
“We started screwing around with drugs. And the wrong kind of drugs, too,” Whaley said in an interview with Classic Rock. “The money was going, there was conflict between me, Dickie, and our guitar player at the time, Randy Holden. The chemistry just wasn’t right. There were arguments, and we just didn’t want to be around each other. So we just decided to break it up.”
But the separation didn’t take. Whaley signed on for a reunion with the group in 1984, and continued to perform on and off with various configurations of Blue Cheer until Peterson’s death in 2009. 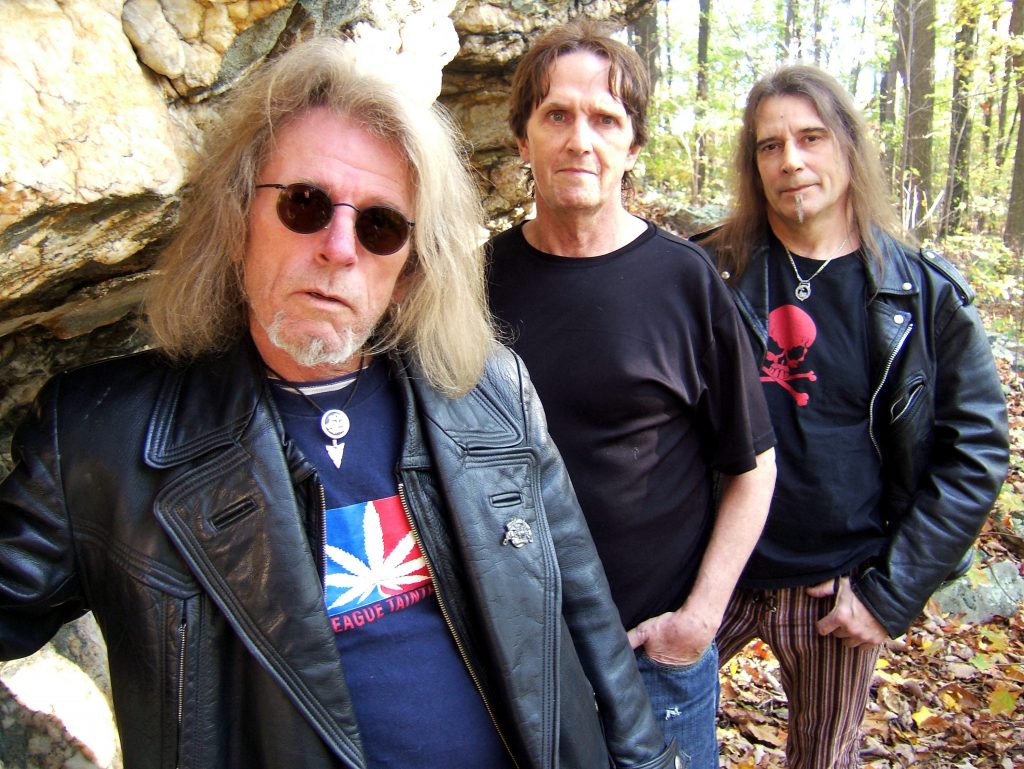 Blue Cheer on a break during the recording sessions for 2007’s ‘What Doesn’t Kill You’ (photo by Jonathan Kozlowski) Photo: Rainman Records
While cycling through various rehab stints, Whaley briefly worked at a bakery in Cornwall, England, and a pizzeria in San Francisco. He followed Peterson to Germany in 1992 to settle down with their respective romantic partners in Regensburg, a small town outside Munich, and because they believed they could find more consistent work as musicians in Europe.
They returned to San Francisco to perform a concert at Cafe Du Nord in 2006; and followed it with their final album together as Blue Cheer, 2007’s “What Doesn’t Kill You.”
Whaley is survived by his longtime partner Elke Kandlbinder; and daughter Jana Indiana.
A memorial service is set for Friday, Feb. 1, at Holy Trinity Church in Regensburg, Germany.