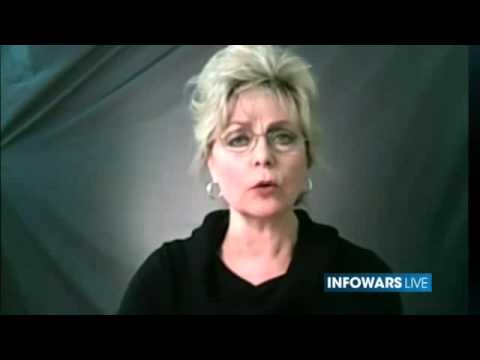 HOAX VIDEOS:
(Note: Jeff Rense is not involved in this hoax.).
https://www.youtube.com/watch?v=K5vLuGPV-lU

THE HOAX: In THE NASA WAR DOCUMENT HOAX, Deborah Tavares fraudulently claims that she downloaded a "secret" or "leaked" government document from a "NASA" website which she claims "PROVES" that NASA ITSELF IS CURRENTLY KILLING US ALL with diabolical, horrific, futuristic high-tech weapons (which Tavares has recently embellished to mean to mean cell phones, cell phone towers, WIFI, microwaves, "smart meters", 5G, geo-engineering and HAARP, etc.) in furtherance of the "PLANNED" "EXTINCTION OF MANKIND". But, none of her claims about this document are so.

What Deborah Tavares calls "The NASA War Document" was actually a POWER POINT PRESENTATION which was used as a "VISUAL AID" for an oral presentation that a NASA chief scientist (Dennis M. Bushnell) gave at an August 13th-16th, 2001 NATIONAL CONVENTION in Orlando, Florida. The convention was attended by THOUSANDS OF AMERICAN DEFENSE CONTRACTORS who develop COUNTERMEASURES (defenses) to potential, theoretical, FUTURE, high-tech weapons that OTHER NATIONS could theoretically develop to use AGAINST the American people IN THE FUTURE (AS DESCRIBED IN THE ORIGINAL POWER POINT PRESENTATION).

That means that the horrific, potential, FUTURE, high-tech weapons described in the original "NASA War document" WERE NOT weapons that NASA itself was using "AGAINST" the American people. Instead, they were horrific, potential, theoretical, FUTURE, high-tech weapons that the NASA chief scientist WAS URGING AMERICAN DEFENSE CONTRACTORS (at the convention) TO DEVELOP COUNTERMEASURES "AGAINST".

Achive.org (which records everything ever posted online) indicates that the original power point slide presentation WAS NEVER POSTED ON ANY NASA WEBSITE. (So, contrary to Deborah Tavares' claims, it was never "downloaded" or "leaked" from a "NASA website").

Archive.org indicates that Bushnell’s original power point slide presentation was actually posted in the "PUBLIC DOMAIN" FOR THE PUBLIC TO SEE on the "US Department of Defense’s Defense Technical INFORMATION CENTER website" (A PUBLIC WEBSITE) a month BEFORE the 2001 convention at which Bushnell was scheduled to speak. IT WAS NEVER POSTED ANYWHERE ELSE ON THE WEB!

This means that Deborah Tavares' claim that the subject document was "discovered and downloaded from a NASA website" IS A LIE.

ANALYSIS: Deborah Tavares had very good reason for LYING to the American people about the TRUE SOURCE of the original document. If she truthfully admitted that the original document was downloaded from the PUBLIC website of the “US Department of DEFENSE’S DEFENSE Technical INFORMATION CENTER” (a PUBLIC website), then the original document would not appear to be "secret", diabolical, nefarious or otherwise part of a "conspiracy" to kill us all. This is because the U.S. government does not usually post written proof of its own conspiracies to kill its own people on ITS OWN PUBLIC “INFORMATION CENTER” WEBSITE FOR ALL THE WORLD TO SEE.

WHAT THE DOCUMENT ACTUALLY SAYS, BY PAGE NUMBER. http://www.stopthecrime.net/docs/nasa-thefutureof-war


Page 6. THE THREAT OF "Russia, Iran, Iraq, Pakistan" (ALL OF WHICH ARE OTHER NATIONS).

Page 32. THE THREAT THAT OTHER COUNTRIES LEAD THE U.S. in science, research, trade, economics, savings rates and math scores.

Page 33. THE THREAT THAT according to current ECONOMINC trends, the U.S. IS FALLING BEHIND while China and other countries ARE EXCELLING.

Page 100. THE THREAT THAT OVER "TWO-THIRDS OF ALL SATELLITES IN SPACE ARE NOW FOREIGN OWNED."

Page 113. Reflecting that the USUAL AUDIENCE REACTIONS (responses) to the forgoing presentation are, among other things:

a). "THEY [foreign nations] WOULD NOT DO THAT [referring to using such weapons against Americans].";

b). "WE [Americans] have to hope THEY [foreign nations] WOULD NOT DO THAT" [referring to using such weapons against Americans];

c). "Why go there, [WE AMERICANS] CANNOT DEFEND AGAINST IT [referring to the use of such weapons against Americans]."

Thus, even Deborah Tavares' OWN version of the NASA document clearly states that the horrific, high-tech, future weapons described therein are weapons THAT OTHER NATIONS COULD DEVELOP FOR USE AGAINST THE AMERICAN PEOPLE IN THE FUTURE!

ARCHIVE.ORG’S RECORDS ON THE ORIGINAL DOCUMENT:
https://archive.org/details/FutureStrategicIssuesFutureWarfareCirca2025
(BE SURE TO SCROLL DOWN TO THE ARTICLE).

ONLY WEBSITE WHERE THE ORIGINAL DOCUMENT WAS EVER POSTED (DTIC):
http://www.dtic.mil/dtic/.

RECORD OF THE NDIA CONVENTION:
http://www.dtic.mil/docs/citations/ADM002244

CONCLUSION: Thus, contrary to the claims of Deborah Tavares, THE "NASA WAR DOCUMENT" DOES NOT "PROVE" THAT NASA ITSELF IS CURRENTLY KILLING US ALL WITH HORRIFIC, FUTURISTIC, HIGH-TECH WEAPONS in furtherance of the planned extinction of mankind. To the contrary, a careful reading of the NASA WAR DOCUMENT actually reflects that NASA is trying to protect us from such diabolical weapons (ex: page 113). The fact that NASA created and used the document to urge American defense contractors develop countermeasures against such diabolical weapons actually reflects that NASA seeks to prevent any planned extinction of mankind, exactly BACKWARDS to what Deborah Tavares claims in her hoax.

So, whether or not there is a "planned extinction of mankind", this document provides NO SUPPORT FOR THAT PROPOSITION.

The message to all charlatans and hoaxers? Just tell the truth. The truth does not fear investigation. Only lies fear investigation. The truth can be supported by using the truth. Only lies must be supported by using hoaxes (other lies). There is no such thing as a "good reason" to intentionally defraud the American people, not even to make a popular (and sensational) conspiracy theory appear to be true. 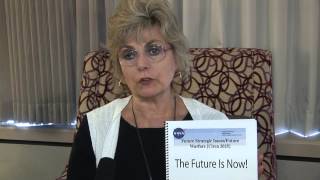 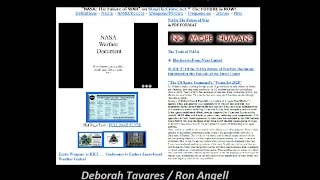 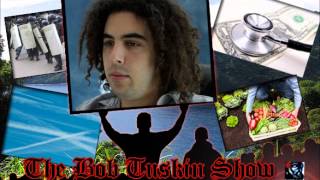 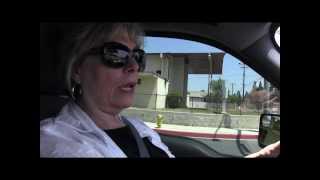 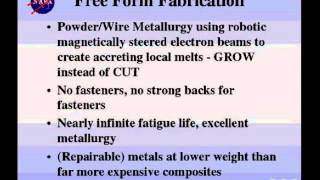