Metals-poisoned residents of Flint, Michigan given go-ahead to sue EPA 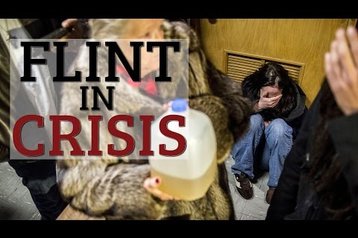 (Natural News) Five years after residents of Flint, Michigan, were poisoned by lead in their drinking water, a judge has given them the go-ahead to sue the federal government for failing to act swiftly in ensuring the city’s drinking water was clean.
In 2017, residents filed a lawsuit against the EPA arguing that the agency was able to let the city know that its drinking water had been contaminated months before any emergency order was actually issued. They are seeking $722 million in damages.
In mid-2015, a whistleblower notified the EPA that Flint’s drinking water source was contaminated with lead, writing that at the very least, residents needed to be warned. However, it took a further seven months before they actually issued an emergency order protecting residents. This means that most people had been unknowingly drinking lead-contaminated water for a year and a half.
It all started when the city stopped getting its drinking water from Detroit’s treated system in a money-saving move and started getting it from the Flint River instead – without using corrosion inhibitors. It didn’t take long for residents to start complaining of problems like brown water with an unpleasant smell and taste, hair loss, rashes, and other issues.
Nevertheless, state regulators insisted the drinking water was safe, even after a group of physicians reported detecting high lead levels in the blood of area children.
In her ruling allowing the suit to go forward, Judge Linda Parker wrote: “These lies went on for months while the people of Flint continued to be poisoned.” She added that the poisoning will affect the city’s residents for years and generations to come, and she made no attempt to hide where she stands on the issue, saying: “The acts leading to the creation of the Flint Water Crisis, alleged to be rooted in lies, recklessness and profound disrespect have and will continue to produce a heinous impact for the people of Flint.”
The power of the elements: Discover Colloidal Silver Mouthwash with quality, natural ingredients like Sangre de Drago sap, black walnut hulls, menthol crystals and more. Zero artificial sweeteners, colors or alcohol. Learn more at the Health Ranger Store and help support this news site. Although she did not rule on whether the EPA was negligent, she did say that they knew the Flint River was very corrosive and that there was a significant chance of lead leaching into peoples’ homes. She even said that the EPA knew local and state officials were “misleading residents to believe that there was nothing wrong with the water supply,”

The lawyer for the 1,700 residents who filed the lawsuit believes the ruling will shake up the EPA, which has long been known for failing to act on the very issues it was created to offer protection from. The government, not surprisingly, tried to have the suit dismissed, and the EPA has declined to comment on it.
Roughly 100,000 people were ultimately exposed to lead in drinking water in Flint, and the incident also spawned an outbreak of Legionnaires’ disease connected to at least a dozen deaths.
This isn’t the only suit that is moving forward related to the crisis. Michigan’s state health director, Nick Lyon, will stand trial for involuntary manslaughter related to two deaths that have been linked to the water crisis, while further cases are pending against other state and city officials.
To this day, the water in Flint is believed to be unsafe. Although Michigan claims otherwise, residents are extremely skeptical of the empty promises made by officials and are still experiencing rashes and other effects from using the water, with many turning to bottled water in an attempt to protect their health.
Sources for this article include:
Edition.CNN.com
MichiganRadio.org