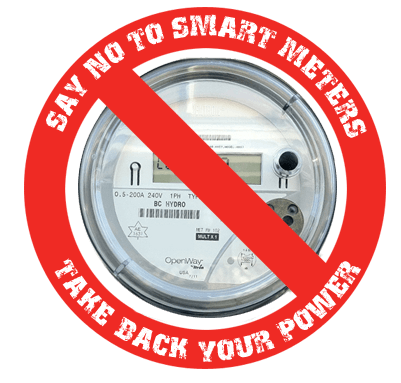 Bang the timpani drums and clang the brass cymbals! One municipality finally was able to get an ordinance passed that prohibits AMI Smart Meters from being installed anywhere within the city limits.
The City of Independence, Missouri, did the right thing for all its residents!
19-031 – 2R. An ordinance prohibiting the City from installing Advanced Metering Infrastructure (AMI), entering into a contract for the purposes of installing AMI and voiding any contracts entered into as a result of the approval of Non-Ordinance Action Item No. 2 approved on April 1, 2019.
Ord. #19014 [June 3, 2019 Council Agenda]

Source: http://agendas.indepmo.org/MeetingView.aspx?MeetingID=626&MinutesMeetingID=-1&doctype=AgendaJune
Furthermore, according to reports emailed to me:
The City of Independence including the Mayor, City Council, City Manager, City Employees, and or anyone on their behalf shall be prohibited from installing AMI, also known as Smart meters at any location within the city limits of Independence or on any customer of municipally owned utility known as Independence Power and Light, and shall be prohibited from entering into a contract with any entity for the purposes of installing AMI, also known as Smart meters at any location within the city limits of Independence or on any customer of municipally owned utility known as Independence Power and Light.
Citizens of Independence went to extraordinary means to get the above ordinance passed. They were more than furious and began a campaign that proved not only effective, but produced their objective:
No AMI Smart Meters!
At one regular City Council meeting, residents jammed the meeting carrying signs and flip-flops, saying the council was the “flip-flop council.” Then something very interesting happened. An initiative referendum, which required 3,000 signatures to qualify for the voters’ ballot, was proposed. However, when all the petitions were handed in, there were 5,035 signatures certified by the Election Board.
That presented a fiscal problem, since the city council discussed the expense of putting the referendum on the ballot for a community vote.
Then the obvious sensible approach was taken since, under city rules, council was required to take one of two measures: 1) Either put it on the ballot; or 2) adopt the language of the initiative as an ordinance.
Report this ad
On June 3, 2019, the Independence city council adopted the initiative language thereby prohibiting Smart Meters and avoiding the AMI contract on a 6 to 1 vote, with Curt Dougherty as the only opposing vote.
Now, why can’t other municipalities do the same, since nowhere are AMI Smart Meters mandated by The Energy Policy Act of 2005, Public Law 109-58, §1252 Smart Metering!
In (3) (i) Time-Based Metering and Communications, it states the following:
Each state regulatory authority shall conduct an investigation and issue a decision whether or not it is appropriate for electric utilities to provide and install time-based meters and communications devices for each of their customers which enable such customers to participate in time-based pricing rate schedules and other demand response programs.
It’s rather interesting, I think, that no one seems to have picked up on the above except the citizens of Independence, Missouri.
It seems more than logical for those affected by electrosmog pollution produced by AMI SMs, including non-ionizing radiation adverse health effects, i.e., EHS (electromagnetic hypersensitivity), that they would want to take similar public disapproval action against either their respective cities, counties, states and utility companies.
Catherine J Frompovich (website) is a retired natural nutritionist who earned advanced degrees in Nutrition and Holistic Health Sciences, Certification in Orthomolecular Theory and Practice, plus Paralegal Studies. Her work has been published in national and airline magazines since the early 1980s. Catherine authored numerous books on health issues along with co-authoring papers and monographs with physicians, nurses, and holistic healthcare professionals. She has been a consumer health ​issues researcher ​​and holistic health advocate since the late 1970s; she continues researching and writing in retirement. Her career in holistic healthcare began in the early 1970s when she had to save, and restructure, her life resulting from having “fallen through the allopathic medical paradigm cracks.”

Thanks to Wes at: https://openheartedrebellion.com