A newscast on Argentine television came to a screeching halt last week when the anchors spotted an unidentified flying object soaring over the city of Buenos Aires. UFO appears during newscast in Argentina. Picture via Youtube video
As anchor Mariela Fernandez was standing in front of a giant screen which showed the city skyline and marveling at the unsettling amount of smog in the air, she suddenly caught sight of the UFO.

Clearly amazed by what she is seeing, Fernandez quickly points out the anomaly to her co-host Diego Angeli.
ADVERTISING
The odd object appears to be a silver sphere that quickly moves across the sky and eventually vanishes from sight when it flies off screen.

While we are unable to discern exactly what the anchors are saying, it seems clear that Fernandez was stunned by the oddity’s rapid speed. That said, one local account of the incident indicates that the duo may not have taken the sighting all that seriously as the segment was described as “hilarious.”

As to what the object may have been, aside from an alien craft, one prosaic possibility is that it was some kind of balloon.
Be that as it may, the appearance of a UFO in the sky, like in Kansas City, or during a newscast is something we’ve seen quite a bit of lately in Oregon, Milwaukee, and Buffalo have all had brushes with the unexplained this year.
What do you think was spotted flying over Buenos Aires? 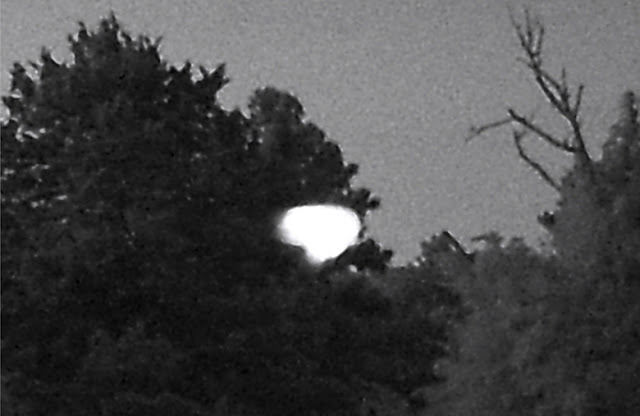 This UFO was caught on a forest oudoor camera while it was in infrared mode at night. Nothing can escape infrared mode, not even a UFO if its cloaked. Lots of the recent black and white video of UFOs released by the government in the latest news is also infrared. Without it, the UFO would probably never have been seen. This UFO is the same. Its a glowing energy craft, almost jellyfish like, but probably invisible to the naked eye. Lucky for us this camera caught the little bugger as it passed. This is probably a drone, sent for gathering information. It may have been exploring nature or it may have been watching through windows or walls at the local homes. The population of Berryville, Arkansas is only about 5,000 so it is a low populated area. Perfect for doing intel gathering for aliens.

Why would aliens want to gather data? Easy, lets imagine the human species is 1,000,000 years old. Then its tech would also be very advanced and since about 100,000 years old all info was kept on computers. That data was destroyed a dozen times over by accidents or attacks, leaving the history of the race a bit of mystery. So...they watch other primitive races at various stages of evolution to learn about their own past.
Scott C. Waring 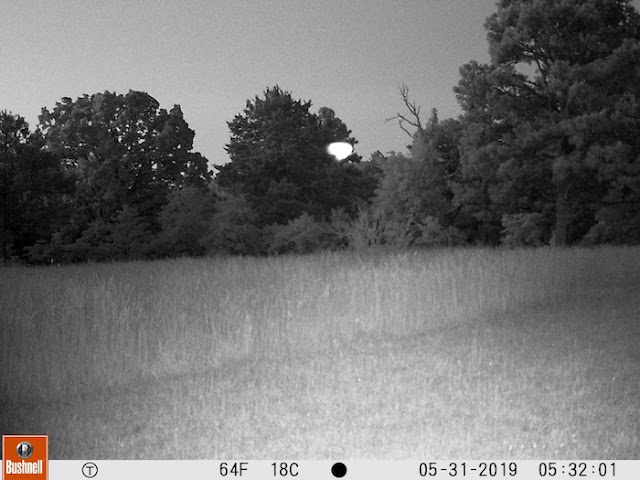