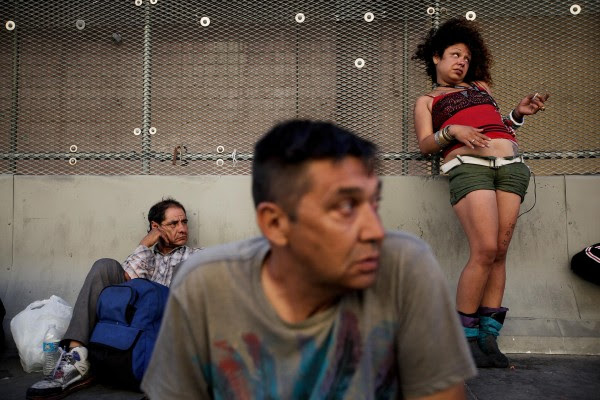 When I moved to Alphabet City in Manhattan’s Lower East Side, my parents didn’t know how I could live there. Thompkins Square Park, kitty corner from my apartment on Avenue B overflowed with a permanent homeless camp. For years, I gagged violently every day on the long walk to the Subway, overcome by the stench of raw sewage.
Then something happened that I never saw coming. Rudy Giuliani beat David Dinkins in the mayoral race and soon, the park was bulldozed and revived. There were rumors that Giuliani gave the squatters one-way bus tickets to Florida. Whatever he did, the park became a park again, which had not seemed at all possible.
Los Angeles currently has 40,000 homeless people living on the streets. The unprecedented debasement one sees in the cities up and down the West Coast are reminiscent of the conditions seen in the East Village during the late ’80s and early ’90s. Things are probably worse in Los Angeles, based on the explosion of Medieval rat-borne diseases, like typhus and tuberculosis. Celebrity doctor, Drew Pinksy believes that bubonic plague, also known as the “Black Death,” which killed three quarters of the European population in the 14th century is “likely present.”
Austen Fletcher of the Fleccas Talks YouTube channel has been filming videos where he lives in Downtown LA for years. Incredibly affable, he has a rare ability to communicate with all sorts of people. He lends a sympathetic ear to those living in LA’s Skid Row to know what’s happening on the streets and in their lives. He finds that about 30% are addicted to drugs, another 30% are mentally ill and the rest are “Living off the grid…”
We are treated to some truly disgusting and saddening sights, after which Fletcher says, “I’m gonna move to a normal suburb and live a more normal life…I’m done living in Mad Max world!”

» Skid Row homeless encampment in downtown Los Angeles in the rain
» NIBIRU News ~ Could this be NORMAL? Or NOT NORMAL? plus MORE
» Regg Live on Skid Row
» Earth moving through debris / Asteroid detected moving at rare speed
» In LA, poverty on Skid Row defies US’ humane reputation