OUT OF MIND » PERCEPTUAL AWARENESS » THE SHIFT IN CONSCIOUSNESS » Sirius, The Spiritual Sun, Is Sending Powerful Energies To Earth Through The Lionsgate Portal

Sirius, The Spiritual Sun, Is Sending Powerful Energies To Earth Through The Lionsgate Portal

Sirius, The Spiritual Sun, Is Sending Powerful Energies To Earth Through The Lionsgate Portal Sat Aug 03, 2019 12:59 am 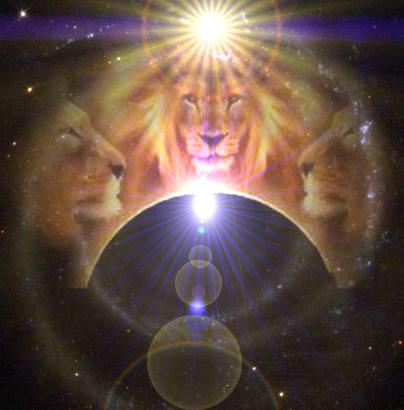 Sirius, The Spiritual Sun, Is Sending Powerful Energies To Earth Through The Lionsgate Portal
By
consciousreminder

Although the Lionsgate extends itself from the 26th of July to the 12th of August, Earth would embrace the peak of its vibrational energy on 8th August.


The day is special- the 8th day of the 8th month is supposed to be extremely powerful, representing true eternity and infinity.
It symbolizes the soul which is conscious forever. The soul that lives on even after the host passes away. It will be a very charged period.
8 also associates itself with abundance, strength and the supreme levels of consciousness. Therefore, it is a very viable time to clear out one’s energy and also charge it.
Interestingly, Lionsgate isn’t simply associated with numerology- it has its roots in astrology too! This is the period when the Sun moves into Leo and Sirius rises up.
The rise of Sirius is also associated with the concept of rebirth, for the Sun merges with it. This occurs when the Sun is in the sign of Cancer while Sirius rises itself from that constellation.
In ancient times, people believed Sirius to be the gateway to the heavens, where beings having higher vibrational energy existed. The ancients believed that Sirius contained power and wisdom which we as humans could tap into.
When the Sun leaves for Leo, it would be Sirius’ turn to rise to full glory without being hindered by the Sun. This would result in events that would bring about a change on Earth too.
History is proof that the Nile was flooded when Sirius rose. And the Egyptians considered this to be a gift from the heavens. In fact, the pyramids are also in alignment with the rising of the Dog Star.
The importance of Sirius lies in pouring down life into our spiritual selves, precisely why it would help in awakening our consciousness to unprecedented heights.
Here’s what the Lionsgate would bring about 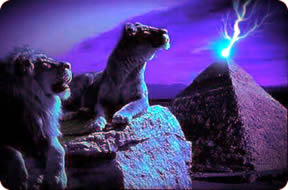 Since it activates the Heart Chakra, you can be assured that old wounds would resurface and be healed, relieving us of grief.


Awakening Of The Third Eye

Since it opens up one’s third eye, one would turn out way more intuitive than they could have thought. The intuition would be so strong, that we would reach powers of the psyche.

Despite having 7 main Chakras, our body consists of several hundred more tiny Chakras which could be tapped into during the opening of the Lionsgate Portal. You would come under new information and wisdom.

We would receive information, wisdom, and healing powers through visions, dreams, angels, or while being in a state of relaxation. Meditation would be helpful.

You would be visited by your loved ones in the form of dreams, or simply receiving messages from them to assure you of their presence.

We would get the zeal to be our own person, make our own rules, chase our own dreams, and live for us. No one to order us around and no one to boss us. We would know what’s best for us and go along that way.

Sirius enhances the peace you feel in your life, so try to use it to clean your Chakras. Engage in meditation and spend more time in nature.

If you remember, the ancients considered Sirius to be really advanced, which will obviously help with technology. So, if you have an app that needs to come into the market, try this period.

By now, you must have understood that this period is pretty amazing for anything creative that you might engage in. Go for it.
These are the usual suspects at the end of a Lionsgate, but the alignment between Jupiter and Venus would bring about something different in 2019.
Think for a moment- Venus is all about love, while Jupiter is all about the abundance in life. With 8/8 coming, the power would be unbelievable.
This would bring about a sense of happiness and joy that you would find mostly in animals and kids. We would also feel pretty close and at ease with the Universe for Jupiter and Venus would be shining in full glory.
The Lionsgate is all about believing that we’re all one. All connected in this Universe through spirit and the zeal to exist. We are simply one soul, with a penchant to express ourselves.

And while reading these words might bring forth a chill down your spine, you need to experience it to fully grasp it.

OUT OF MIND » PERCEPTUAL AWARENESS » THE SHIFT IN CONSCIOUSNESS » Sirius, The Spiritual Sun, Is Sending Powerful Energies To Earth Through The Lionsgate Portal