Latest topics
» Family Fined, Kicked Off Their Own Land For Living In RV

For the first time in decades, I’ve seen a chink of light. I’m scared
to believe in what I am seeing but there it is. I saw a clear vision of
a very large, brown, dirty looking blanket, covering a city that I
wasn’t sure that I recognized.

The blanket covered everyone’s feelings. It was deadly. It brought
futility and despair, a sense that there is nowhere to run from a system
that bleeds the very soul of ordinary people—a system that feels dirty,
that infects our minds.

Spiritual ideals and community are marginalized, while isolation,
importance, and state-sponsored nastiness is written up as noble, often
under the pretense of protection. It is not surprising people can’t
breathe; they must wonder if they are losing their souls. In a way they
are. There are forces attempting to rob it from you.

Then again, things are changing at a subtle level. In the same
vision, I saw the blanket moving and in one corner, a tuft of purple
cloth was breaking through. It was as if someone has threaded a silk
handkerchief through the thick brown glob that covered humanity. The
silk is a symbol that says a new era is born, very secretly and very
silently. Now, there is a tear in the blanket. Its overall strength and
stability will be compromised. As the blanket breaks, you will become
ever more bold and free. 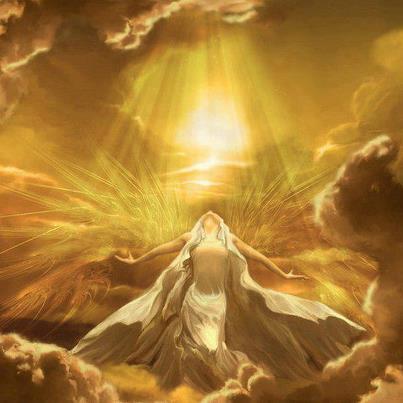 Spread out your arms and rotate one full turn, the invisible circle
you make describes the limit of your energy, your etheric integrity.
Beyond that is mostly darkness: elitism, hatred, isolation, arrogance,
and the potential of physical and commercial violence of the dog-eat-dog
society. It’s a world of ghouls really. You’ll meet their human
representatives at every turn, foot soldiers in the control trip of
suffocation.

Hold to the integrity of your individuality and move away from the
system as much as you can, especially its thought forms. The way the
system tries to brainwash us to ingest its sugar coated platitudes
allows many to be carried away. They sell their souls in return for
status or security.

For decades, I hoped to build a Camelot, a safe place for people of
warm hearts. A place where people would come to celebrate life
unfettered by the pollution of the ghouls and the ever-watchful eye of
the drones. In a certain way, I managed to test my ideas quite
successfully, pulling people together in gatherings and various events
but people weren’t ready, nor was I. Eventually I came under serious
ghoul attack and I didn’t have enough supporters or money to hold the
position, so I retreated.

Many times, I have met incredibly creative, unusual people that act
as doorkeepers to another world. They are all still there guarding the
doors, nothing has changed, and because the doorways aren’t normally
visible, they will always be there. On a few occasions on my travels,
I’d find someone that was really “likely” so I’d drop them off at the
right spot, knowing they’d figure it out over a period of time.

In the end of several years of looking, I had found four doorkeepers
that know they are doorkeepers, and four more that are in the
up-and-coming category. They haven’t quite got it yet but they will in
time. Every doorkeeper has the potential of a hidden dimension beyond
him or her, so there must be many Camelots.

After the doorkeepers, I did something that is unusual for me. I did
nothing. I just waited to see if these people would develop any support.
Nothing happened for a long time but then one day a couple of months
ago, I saw a vision that told me of a new dignity, and suddenly I had a
ferocious sense that a turnabout is underway. People are coming, real
supporters, selfless ones.

Not just human beings but also beings that formally existed
elsewhere, transdimensional entities are now here to help. The trick is
to call them in to your life, at night when it is quiet, say to the God
Force, “Oi, send in some helpers! I’ve been plugging away on my own for a
long time and I’m hurting. I could use some real help. Thanks.”

In the past people were scared to commit and the vile control system
was still all-powerful. But now the blanket is breached; you’ll see the
system take a few big hits and that will help ordinary people feel less
scared and it will rattle the controllers and the ghouls that empower
the controllers.

But watch, over the next few months, you’ll start to feel freer and
more adventurous, and where there was despair, you’ll suddenly feel a
ray of hope. It will fade and then come back several times but
eventually you get that ray of light as a permanent gift and it will
carry you to other places. You can come out from under the blanket and
make a run for it if you have the courage to do so. 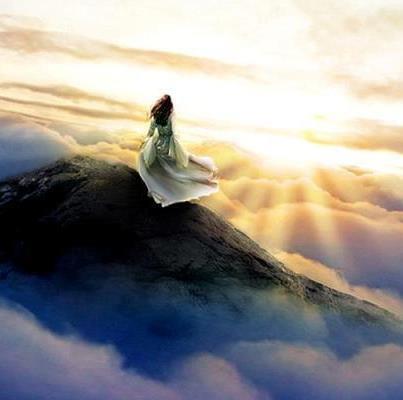