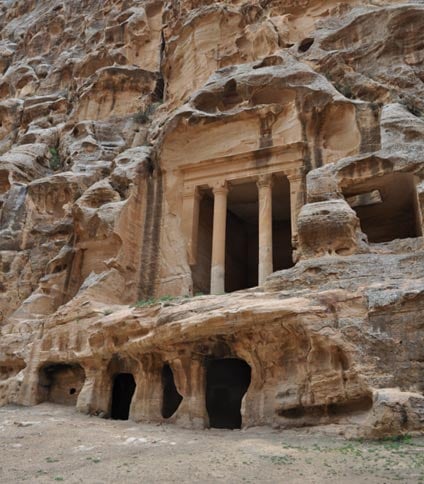 A team of researchers is carrying out the first in-depth archaeological survey of part of Saudi Arabia, in a bid to shed light on a mysterious civilisation that once lived there. The Nabataean culture left behind sophisticated stone monuments, but many sites remain unexplored.
The rock-strewn deserts of Al Ula in Saudi Arabia are known for their pitch-black skies, which allow stargazers to easily study celestial bodies without the problem of light pollution.
But the region is becoming even more attractive for archaeologists.
A long-lost culture known as the Nabataean civilisation inhabited the area starting from around 100 BC and persisted for some 200 years.
While the Nabataeans ruled their empire from the stunning city of Petra in Jordan, they made Hegra (the modern Mada'in Saleh) in Al Ula their second capital.
Now, archaeologists are planning to carry out the first in-depth survey of a chunk of land here that's roughly the size of Belgium.
The large international team of more than 60 experts has started work on an initial, two-year project to survey the core area of 3,300 sq km in north-western Saudi Arabia.
This is the first time such a large area of more or less scientifically uncharted territory has been systematically investigated. 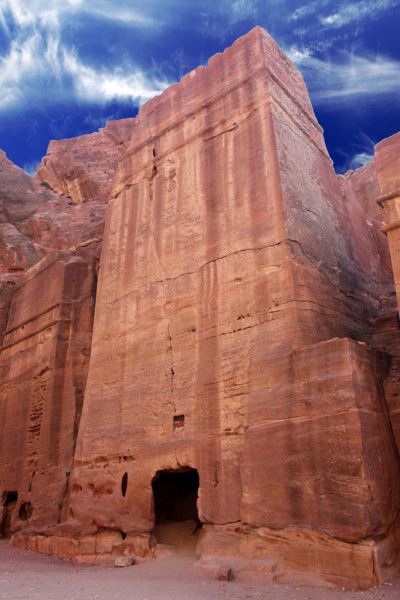 The sophisticated Nabataean culture inhabited Arabia and the Levant in antiquity. Richard Duebel
The Nabataeans

he Nabataeans made their capital at Petra in Jordan. EPA
Excavations have been carried out in and around Mada'in Saleh and other recognised Nabataean sites for some time by a group of Saudi archaeologists including Abdulrahman Alsuhaibani, a lecturer at the King Saud University in Riyadh.
"I have focused on the earlier Dedanite and Lihyanite civilisations," he explains. "Now that the Royal Commission for Al Ula is involved there will be greater scope for deeper understanding of how early societies evolved."
The involvement of the Royal Commission ensures that cutting-edge technology is at the disposal of archaeologists experienced in the field.
While Google Earth and the trained eye can often distinguish natural and man-made features, it is light aircraft equipped with specialist cameras that offer the most detailed imagery of the territory - which includes the Al Ula wadi and its feeder valleys. This can capture hitherto unknown archaeological features.
According to Rebecca Foote, the American archaeologist in charge of the survey for the Royal Commission for Al Ula, previous efforts have concentrated on excavation, because a systematic survey on this scale requires time and resources that are only now available.

Archaeologists are surveying the Al Ula wadi to uncover hitherto unknown archaeological features. Richard Duebel
She believes that the scope of the undertaking will put Saudi Arabia on the ancient history map.
"A great deal is known about the first to third millennium BC and we're well informed about ancient Egypt and Mesopotamia," she acknowledges.
"Yet comparatively little about the Arabian peninsula in ancient times has been discovered. Exactly how our findings will impact on understanding of ancient history, we don't yet know. But it is likely to reshape the world view of earlier periods."
Foote spent many years working in Petra, the ancient city in Jordan that remains the best known monument left by the Nabataean civilisation. She says aerial archaeology will be key to exploring the culture's funerary architecture, standing stones and more unusual sites that would otherwise take years to investigate.
"The technology now provides a reliable and comprehensive overview," she explains. "Nothing like this has been done before on this scale."
While earlier French-led excavations revealed a loosely controlled incense trading network running up the western side of Arabia and passing through Al Ula, Rebecca Foote is keen to build on this and learn more about the role water played in the area's prosperity.

Many civilisations have inhabited the area - and left their mark. Richard Duebel
She comments: "We can guess that they had a successful agricultural economy, but was there a tax on incense? How did they manage their water?"
With the hydrology study about to start, answers should begin to come in thanks in part to the work of the aerial archaeology team, which helps pinpoint specific locations.
Flying at between two and three thousand feet, the integrated survey group led by Oxford Archaeology's Jamie Quartermaine has already covered half the anticipated 11,500 sites. Often known as preventative surveys, this work is usually carried out to ensure that no future building work will come near archaeological sites.
"We've learned from the mistakes of other countries and we're taking the time to prevent any damage here," he says. "Being accessible to the general public, as is planned for the future, doesn't mean a free-for all."
The survey also helps provide answers for specialists in fields such as rock art. "Even five years ago GPS just wasn't accurate enough," Jamie Quartermaine explains. "Today we are using several different methods of photography including drones, cameras suspended below the body of light aircraft and cutting-edge aerial orpho-photography."
Providing an adjusted image every two to three seconds, the thousands of pictures measure true distances - having been adjusted for topographic relief. Specialist software combines these into a high-resolution, detailed model of the landscape.
The cameras are set at a 45-degree angle and so far have found burial sites, Bronze Age funerary landscapes and burial structures. Additionally, drones are used with cameras set at the same angle. "This allows us to view not only the horizontal plane, but to some extent the vertical," he continues. "We're forewarned as to the likelihood of finding rock art in particular locations."
The final stage of the survey sends specialist team members, such as rock art expert Maria Guagnin, out into the field on foot. Having spent five years in northern Arabia, Maria is impressed by the huge database being created that covers all periods.

Amr Almadani works with the Royal Commission for Al Ula, which is backing a systematic survey of the area. Richard Duebel
"For the first time, we're looking at every aspect of the archaeological landscape," she points out. "Our knowledge of the prehistoric distribution of animal species is so far largely dependent on the location of excavated archaeological and palaeontological sites.
"Many species have been assumed to have been absent from the Arabian peninsula, but rock art panels have shown otherwise."
The presence of previously undocumented mammal species in Al Ula provides new information regarding their distribution, as well as the types of habitat and vegetation that were available in prehistoric landscapes.
Animal depictions also help with dating. It is considered unlikely, for example, that horses or camels with riders existed before 1,200 BC.
Domesticated cattle, sheep and goats were introduced to the Arabian peninsula between 6,800 and 6,200 BC. They were domesticated in the Levant and brought to Saudi Arabia. That provides a way of dating rock art, because prior to that date it's unlikely domesticated animals were in the area.
The vast amount of information being collated by the Al Ula international team is likely to be of use to sites such as Petra, including revealing likely routes between Petra and Mada'in Saleh (Hegra).
Abdulrahman Alsuhaibani has been excavating for some years at Dedan, a site holding evidence of a civilisation that pre-dates the Nabataeans. He says the scope of the work is such that it will take generations to get to grips with the results: "What makes this work so important on the world stage is that it will provide an account of not just Mada'in Saleh and Petra but earlier civilisations that are largely unknown to us."
One of Abdulrahman's roles is training students from the King Saud University in Riyadh, which has a small outpost in Al Ula.
"They are learning in the context of one of the most extensive surveys and subsequent excavations," he says. "Today's students may well make discoveries that we can't even imagine today." 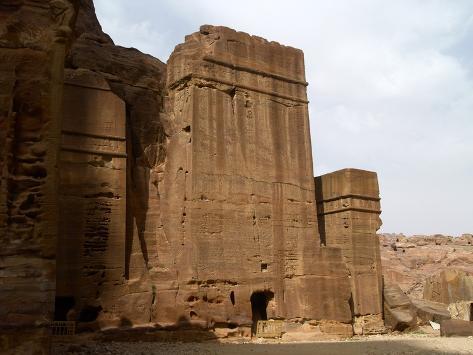