Why the EU Fears a Resurgent UK 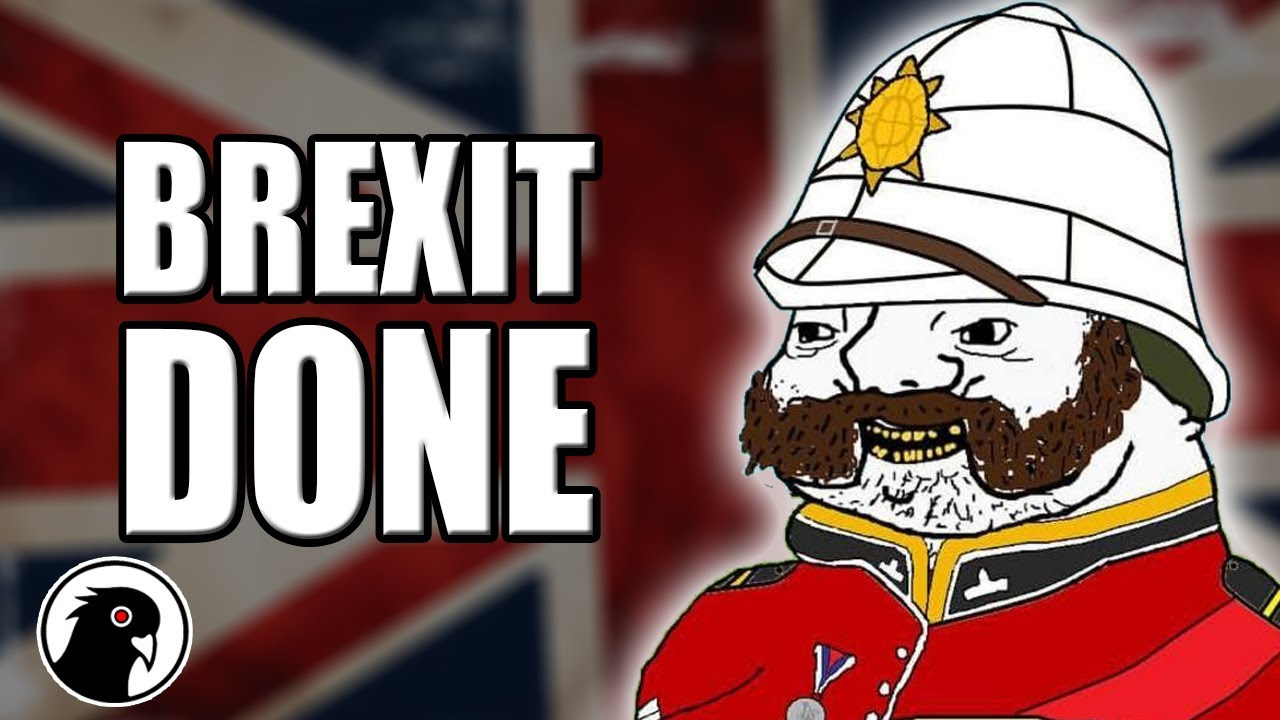 Why the EU Fears a Resurgent UK

This is the latest video by Black Pigeon Speaks (BPS) on his new backup channel, Felix Rex.

Brexit is done. Brexit Party leader, Nigel Farage is shown here addressing the European Parliament on his last day. He tells them, “My mother and father signed up to a common market, not to a political union, not to flags, anthems, presidents — and now you even want your own army!
“So, I became an outright opponent of the entire European project. I want Brexit to start a debate across the rest of Europe. What do we want from Europe? If we want trade, friendship, cooperation, reciprocity, we don’t need a European Commission. We don’t need a European Court. We don’t need these institutions and all of this power.
“And I can promise you, both in UK and indeed, in the Brexit Party, we love Europe. We just hate the European Union. It’s as simple as that…

“I’m hoping this begins the end of this project. It’s a bad project. It isn’t just un-democratic, it’s anti-democratic…it gives people power without accountability; people who cannot be held to account by the electorate. And that is an unacceptable structure.
“Indeed, there’s an historic battle going on now across the West, in Europe, America and elsewhere. It is Globalism against Populism. And you may loathe Populism but I tell you a funny thing, it’s becoming very popular!”
Black Pigeon Speaks says, “While there were definite and legitimate reasons to remain part of the EU, the majority of the electorate in the UK seemed to evaluate home-rule over any kind of European nation-building project and rightly felt that Brussels and its power grabs had gone too far and only outside of the EU, could the nation reassert national control over its laws and its borders, as well as finally having a democratically accountable immigration policy.”
BPS proceeds to break down why, contrary to Remainer hysterics, the UK’s prospects look more promising with them blazing their own path than hitched to the fiscally mismanaged EU Bloc.
He says, “The International Monetary Fund has estimated that Britain will be the fastest-growing G7 economy in Europe over the next two years [and] financial markets are waking up to the possibility that post-Brexit Britain could enjoy what they call a ‘Roaring 2020s’…
“Probably the most interesting hypothetical idea that I’ve heard floating around is that of ‘Canzuk’, which is an acronym for the theoretical, political and economic union of Canada, Australia, New Zealand and the United Kingdom, as part of a kind of international body similar in scope to that of the former European Economic Community, or you could think of it as a reformation of the Commonwealth, that would include increased trade, foreign policy and military cooperation and the mobility of citizens between the four states…
“A 2015 YouGov poll found that the British people valued free mobility between the UK, Canada, Australia and New Zealand higher than they did with the free mobility between the UK and the EU.
“Of course, the idea of Canzuk is completely hypothetical but given that the UK has now regained its independence, it’s free to chart its own destiny and given the bullish outlook on its economy going into the 2020s, the soft cultural power and reach the UK has via English [language], the hard power that it wields being the fifth-strongest military in the world and with London being one of the three command and control centers of world finance, it’s not the British that should fear becoming ‘Small Englanders’ but the EU that should fear a resurgent and globally-assertive United Kingdom.
“The reason being as it would demonstrate to the other member states still within the Union that independence, rather than submission to Brussels could be the way forward for nation-states in the 21st century.”