Organization Aims To Protect The Integrity Of Plant Medicines Worldwide

Organization Aims To Protect The Integrity Of Plant Medicines Worldwide Sat Mar 07, 2020 10:07 am 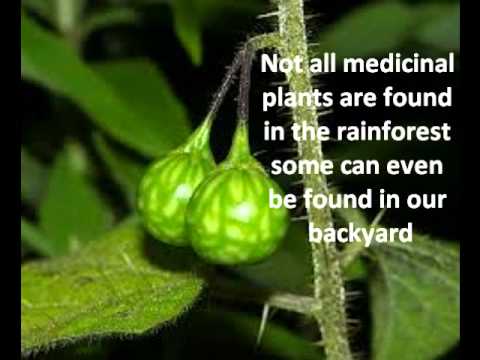 By now, many people have heard of the psychoactive brew ayahuasca. Native to the deep jungles of the Amazon, ayahuasca has been used for centuries by indigenous peoples of South America. Within the last several decades, however, the use of ayahuasca has extended to westernized cultures and has initiated profound healing for many, sparking recoveries from various mental health disorders such as depression, anxiety and addiction. Practices with this ‘plant teacher’ have been life-changing for millions, undoubtedly saving many lives.
advertisement – learn more
That being said, “Psychedelics were used back in a time when the level of consciousness of the planet was not as high, which helped give insight to shamans so they could share it with their communities. It was meant for use in extreme cases where heavy trauma or addictions existed and people could not use other ways to work through their emotional challenges. Here in present time, we use them in a western fashion as THE GO TO for moving through all of our challenges. I’m here to remind you that you have so much power and ability as a being that in most cases, you don’t need any of these things to evolve. I’m not suggesting don’t do it, I’m simply saying truly ask your heart what you want, and don’t get caught up in the grand allure and peer pressure.” – Joe Martino (source)
Not everyone who is interested in working with this brew and learning from traditional knowledge holders are able to travel to the Amazon. Because of this, indigenous and non-indigenous practitioners with the best intentions have been bringing this medicine to western cultures in an effort to assist those who could benefit from taking it.

Ayahuasca and some other traditionally used psychoactive plants (such as San Pedro and Iboga) fall into a legal grey area in many countries. According to the International Narcotics Control Board (INCB), no plants or concoctions made from plants naturally containing alkaloids controlled under the 1971 United Nations Convention on Psychotropic Substances (e.g. mescaline or dimethyltryptamine (DMT)) are under international control. However, the INCB also states that governments at the national level can regulate these plants and preparations as they so choose.
The result is that there is a lot of legal uncertainty around ayahuasca, and most countries do not have specific laws regulating it. Some countries have some level of religious or cultural protection for practices with these plants such as Peru, Brazil, the US and Canada. However, the largely uncertain legal status of ayahuasca and other plants has led to prosecution of people working with them in dozens of countries.
Thankfully, there’s a dedicated international organization called ICEERS (The International Center for Ethnobotanical Education, Research and Service) that is dedicated to resolving these challenges that come with the globalization of ayahuasca and other plant practices, advocating for safe and responsible use, self-regulatory processes, and the respect of indigenous and cultural practices.
Read More