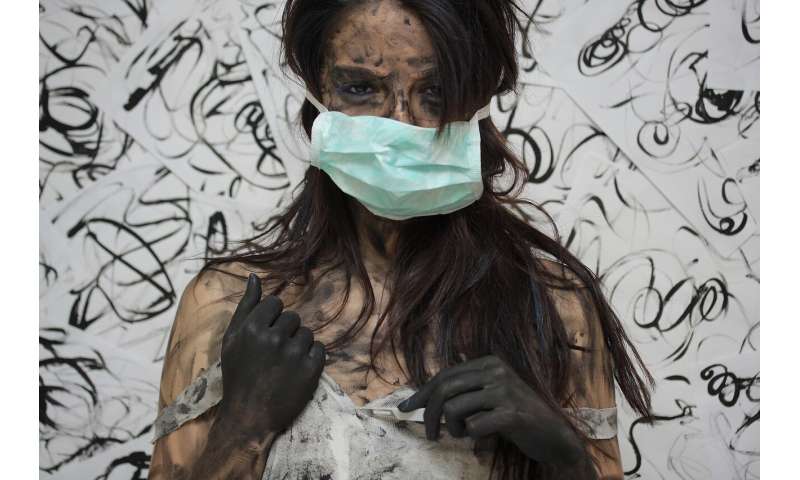 Source: David Scott Strain
Like most people, I had initial deep concerns regarding the coronavirus (COVID-19) pandemic.  However, I think some perspective and proportion are overdue.
Let’s start with something provocative: aside from high-risk populations, does the entire American population really need to “social distance” itself into isolation and depression?  Do large numbers of Americans really need to be forced into underemployment and unemployment?  Do large numbers of businesses really need to shut their doors and face bankruptcy?  Unrecoverability?
For people over 65 or with underlying health issues, such as emphysema, asthma, congestive heart issues, cancer, and other identified vulnerabilities, social distancing and even self-quarantine may be wise.  But even here, it should be a personal choice: if you’re 70, 74, 82, 99, and wish to visit your grandchildren, you should be able to.  After all, your time is especially limited and precious, and why live as if dead to avoid death?  The irony is supreme.
Come to think of it, my time is precious.
Meantime, for the vast majority of the population, we’re acting as if we’re facing something with a 100% mortality rate — that if you catch it, you’re dead.  Yet virtually everyone recovers.  There are 155 COVID-19 deaths in the U.S. thus far.  So what?  Approximately 7,452 people die every day in the U.S. — without help from COVID-19.  In the time it took you to read this paragraph, two people died.  COVID-19 deaths thus far are two one hundredths of one percent of all average yearly deaths.  With self-quarantine of the elderly and at-risk groups, and the heightened alerts for use of hand-sanitizer, cleaning of surfaces, etc., we should be able to survive this without closing schools and killing simple entertainment pursuits.  In other words, give us our lives back!  (How did we let government take them in the first place?)
How is this different from a flu season that routinely kills 20, 30 thousand people each year?  It’s not.  If you get COVID-19, you get sick, you recover, and you go on with your life.  Except you can’t dine out anywhere.  Your favorite small jazz club is barred (and likely to go out of business permanently).  Baseball, basketball, and other mass gatherings are upended and suspended.  In fact, gatherings of more than ten people are, apparently, not only disallowed, but deadly!  If you find yourself standing in a group, and count 11 people, you can expect to drop dead!
Meantime, in crashing the economy to a degree that even the ’08 downturn couldn’t, that even world wars couldn’t, that even the Great Depression couldn’t, we’re asking people to “enjoy your living room.”  I can hardly stand that rollercoaster in the best of times.
There’s a price to be paid for this lunacy and lemming-like compliance.  Doesn’t nature require that we exercise our immune systems?  Is it really wise to let certain things atrophy?  What of boredom’s effect on overeating?  Lying on the couch?  Boredom’s effect on existing depression, and its contribution to new depression?  Same for unemployment’s effects.  Layoffs are not only going to hurt people; they will kill them.  Don’t worry: the government is riding to the rescue with $1,000 checks for everyone.  How long does that shot in the arm last?  Weeks?  A month?  Then what?  Besides, people like having a sense of purpose.  Handouts do not give anyone purpose; handouts destroy character and work ethic.  And the federal government is 24 trillion dollars in debt.  What are we doing but encouraging sloth, despondency, and an attitude of just giving up?  Are we Americans, or aren’t we?
I had the coronavirus the first week of December.  Its direct effects lasted about five days, with a sense of feeling better each day.  On the sixth day, I was back to my workout routine with free weights and machines.  I self-quarantined those five days simply because I had no energy to do anything.  However, days six through ten of a likely infectious period, I was out and about.  I had not heard of COVID-19 at that time.  So did I infect anyone?  In my ignorance, I may have…but I may not have.  (I thought I’d had a bad, bad cold).  But someone infected me — just as the flu and the common cold gets passed around.  I got over it.
I’m not saying caution is not warranted.  It is.  Education is not just good, but abundantly necessary.  Wash your hands.  Sneeze into your elbow.  Use sanitary wipes.  Clean surfaces.  If you feel sick — whether your symptoms are a close match or not — get tested in a timely fashion.
But for goodness’s sake, don’t crash my economy.  Don’t destroy my jazz clubs.  Don’t close schools.  (What are we telling our kids?  Be wimpy about life’s challenges?  Don’t be self-sufficient?  Don’t be strong?)  Don’t close my restaurants.  Don’t close my libraries.  Don’t close my coffee shops.  Don’t make otherwise robust people live as if dead to avoid a “death” that won’t come even if they get this bug.
This is simply a classic case of the so-called “cure” being worse than the disease.  Consider: we can rescue the hospitality industry overnight.  If that’s not an incentive to stop this lunacy, nothing is.  And it’s important to recognize this, too: all of the people reinforcing this lunacy have a vested interest in it.  Politicians grab power, police power is inflated and pushed into new corners, health care workers gain profile and aggrandizement, the media get ratings…who benefits?  Who pays the price?
To all the government agencies, health departments, surgeons general, presidents, kings, queens, countrymen — get your boots off our necks.
We now have to wonder: will any particular year’s flu season, or any other virus of similar disposition, turn the country upside-down on a regularized basis?

» LUNACY! What Pelosi Says Here Will Absolutely BLOW YOUR MIND!!
» All Of The Coronavirus Models Were Wrong
» A Nursing Home had Zero Coronavirus Deaths. Then, It Vaccinates Residents for Coronavirus and the Deaths Begin.
» “No one has died from the coronavirus”
» COVID19 CoronaVirus Update!