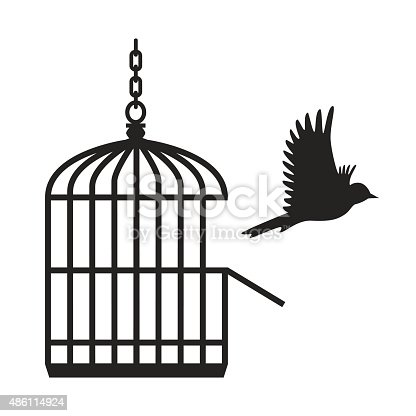 I continue to be baffled by those who cannot bring themselves to admit that Sweden has carried out a relatively sensible policy on Covid-19, whilst the response of so many other countries has been authoritarian and frankly unhinged. The idea of quarantining millions of perfectly healthy people and stopping them from doing normal, healthy things is something that has apparently never occurred to any national leaders in the past, or at least if it did, they presumably never enacted it for fear of revolt.
No such fear today. It is simply staggering to see how so many people have not only come to accept the inevitable destruction of the economy and curtailment of civil liberties as a price worth paying to deal with an illness which is killing numbers on roughly the same levels as a bad flu season, but have actually become cheerleaders for the giant social experiment being done to them. It reminds me of the chilling and dispiriting line at the end of 1984: “He loved Big Brother.” Today, for reasons that are not at all clear to me, many appear to “Love Lockdown” — that is, they appear to be absolutely fine with having their liberties taken away from them; absolutely fine with having the right to do lawful work taken from them; and absolutely fine with having the right to do normal, healthy things taken away from them. If anyone has an explanation, do be sure to let me know. 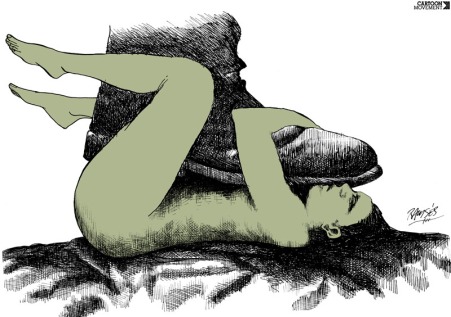 But it gets worse. Not only do they seem to be perfectly willing to go along with these things, but they are appear to be utterly oblivious and even apathetic to the economic train wreck headed their way because of the policy they support. Why? What will shake them out of that apathy and complacency? Will it be when they hear about the Great Depression-era unemployment levels coming on us? No! Even that doesn’t do it. The chart below is one of the most genuinely frightening I’ve ever seen, showing as it does US unemployment rising by over 30,000,000 in just seven weeks to levels not seen since the 1930s. And yet when I show it, many just airily dismiss it with a shrug of the shoulders as if it’s irrelevant. Perhaps it will only be if they lose their own jobs and can’t pay the rent or can’t get stuff in the shops like they used to that it’ll hit home! Who knows?
If you try to show such people that it didn’t have to be this way, comparing the UK with Sweden, or Sweden with other countries, or Sweden with what the Imperial College model might have predicted, they either dismiss it, or get angry, or ignore it. It’s a thought they don’t want to entertain, presumably because they have thoroughly convinced themselves that “lockdown” is the only policy that can possibly work, and any data that shows that this is not the case must either be wrong or ignored (for those who want to see a real expert thoroughly debunk the idea that lockdown was or is necessary, I recommend this interview with Professor Knut Wittkowski).
Despite studying the data for a number of weeks, I have yet to find any discernible evidence that the Swedish policy has hurt that country in anything like the way the doom-mongers predicted. Just as importantly, I have been unable to find any discernible evidence that destroying your economy and wrecking civil liberties — which is what the policy of “lockdown” is — was necessary.

For instance, the chart below shows two countries with a very different policy — Sweden and the UK — by daily deaths per million population (note, the UK figures are somewhat skewed on 29th April, as the Government decided to count deaths in care homes on that day ((extraordinary that these were missed off before)). What is actually clear is that Sweden has in fact fared better than the UK, with total recorded deaths at 256.6 per million, compared to 419.1 per million for the UK, as at 3rd May:
Or we could look at weekly recorded deaths for 13 European countries, plus the US. Interestingly, in all cases (except the UK because of that care home spike on 29th April), the numbers of deaths are now clearly falling and — it would seem — beginning to peter out — including Sweden:

Or here’s a cumulative way of looking at the same data:
What I have noticed, however, is the more Sweden’s figures have failed to shoot up into the stratosphere, the more some people have ground their teeth, digging in and claiming that because Sweden’s death numbers are worse than Denmark’s, Finland’s and Norway’s, this somehow proves the point that they messed up big time. Does it? Here’s another way of looking at it.
As of today, the country has seen just short of 2,700 deaths. This is: Approximately 265.62 deaths per million population – Approximately 0.0265% of their entire population.
This is not even close to what the doom-mongers were predicting. My own very conservative estimate of what Imperial College’s model might have predicted for them, under the measures they have taken, came out at approximately 32,500 deaths (approximately 3,250 deaths per million). However, a study carried out by Sweden’s Uppsala University in April applied the Imperial College model to Sweden and came out with far bigger numbers than my conservative estimate. According to their projections, if Sweden continued its current response:
It would pass 40,000 deaths shortly after 1st May – This would continue to rise to almost 100,000 deaths by June.
But let me again remind you: so far, Sweden has had just under 2,700 deaths, and we’ve now passed 1st May. That’s many orders of magnitude below what the Imperial College model would have predicted for it.

I think we can safely say (if we didn’t know it already) that the Imperial College model overestimated deaths from Covid-19 by a huge margin. Bit like their estimates for Mad Cow Disease. And Swine Flu. And H5N1 Bird Flu. In fact, perhaps the question we should ask is if anyone knows of an instance when Neil Ferguson’s team have got their predictions right — or at least within say a few tens of thousands at least?
And yet here’s the thing: not only is the UK Government’s draconian policy based on these faulty predictions, but many have taken to these draconian measures based on faulty so-called science like ducks to water. I find it extraordinary. I’d love to know why. Any one?