Admin
Posts : 107601
Join date : 2012-01-04
Location : Woodstock Nation
Mike Adams ~ To Resist Tyranny And Oppression Is To Redeem Your Soul In The Eyes Of The Universe 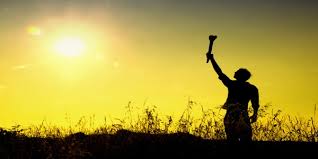 I’m
writing this to try to save a few souls from making a terribly wrong
choice. Some of you are awakened enough to hear this message. Others
will think it’s a joke and foolishly ignore it. But the time is growing
short whereby each of us must make a conscious decision of what we
embrace and what we choose to defend. Making the wrong choice may curse
your soul (and your karma) to an outcome that you absolutely do not wish
to bring upon yourself.

It all starts with a simple idea: The Creator wants you to be free.

How do we know that? Because he gave you free will – the ability to make decisions based entirely on your free choice and unrestrained intentions. The Creator also gave you an individuated experience of
life from a first-person point of view. Note carefully that your
experiences are unique among those around you. Your friends do not see
through your eyes, for example. Only YOU see through your eyes.

Only YOU experience your emotions and senses. These are private,
individuated experiences that are, by the laws of the universe, unique experiences,
not collective experiences. You are an individual, not part of a hive,
and that’s why you experience the world around you as a free-willed
individual with your own self-identifying consciousness.

What’s the point of having all this individual freedom and power? As we have also established in a recent “framework” set of cosmic rules, the Creator specifically wants you to overcome evil on this planet through the experience of personal growth made possible by free will.

Evil and oppression exist as violations of spiritual truth

Yet that’s where most government is today: Functioning as a system of enslavement, oppression, tyranny and
control. Big Government exists as a violation of the desire of the
universe, and thus anyone who promotes it or empowers it is
simultaneously working in contradiction to that which is good.

What’s the point of discussing all this? To remind you of what should be obvious but that far too many Americans have forgotten:

• The Obama administration, with its
signing of the NDAA that ends all due process and justice for the
American people, represents pure, wretched evil.

• The TSA, with its sexual groping of children, men and woman is pure evil headed by a Satanic she-beast who irradiates sickly, putrified evil.

• The economic enslavement policies of the global banking cartel are deeply rooted in evil, destructive principles.

• The federal government’s routine encroachment and attempted
destruction of the First Amendment, Second Amendment, Fourth Amendment
and other important protections is a violation of cosmic law and an affront to the Creator.

• The federal government’s IRS takeover of churches and its attempt
to hijack religions messages with “Romans XIII” propaganda is a truly
demonic form of insidious evil.

• The routine theft and confiscation of a man’s daily wages in the
form of federal taxes is a sin against humanity and the Creator. This is
especially true when such funds are used to bankroll the endless
demands of free entitlements
among those who refuse to pursue honest work in order to feed
themselves. When the working men and women of the world are burdened
with feeding the selfish mouths of those who refuse to work, justice has
been abandoned and evil has taken hold of society.

• The arrogance and delusional self-importance of a federal government that recognizes no states’ rights and no individual rights is a grandiose violation of piety and spiritual truth.


What we are witnessing unfolding today in Washington D.C. is the rise of Satanic evil in the form of government. Evil spirits have literally possessed the
human bodies of top members of our government today, including at least
one member of the U.S. Supreme Court who physically resembles a vile
“Jabba the Hut” slug creature from the Seventh Plane of Hell.

You are not watching the mere exercise of socialism or even communism through the federal government today… you are watching the occupation of America’s highest offices by pure, demonic evil that has taken human form.

This is why the federal government’s jack-booted march against all
that is good — liberty, individualism, take-home pay, growing your own
food, drinking raw milk and even raising your own children without the
destructive influence of the state — has accelerated into a cacophony of
Purgatoria. Day after day, the federal government rolls out at least
100 new ways to criminalize the innocent through obscure rules and
regulations that seem to have been inspired by lost souls literally
trapped in the pits of Hell. This is why Big Government is so hellish… because it is being run by creatures of darkness and abhorrent evil.

This is why the simple act of telling the truth causes
them to shriek in pain like vampires being splashed with holy water.
The light of the truth physically hurts these creatures of deception and
darkness. This is why merely stating the truth in the media or on the
internet causes a massive wave of evil-worshipping lower minions to
scream out in hatred and disgust while threatening you with death and
suffering. These are the actions of the pathetic, low-level worshippers
of darkness. I refuse to be intimidated by them, as they are pathetic
nobodies whose very souls have already been relegated to the stinking
pits of Purgatory. If anything, I feel sorry that they have so terribly
lost their way.

The fight for liberty becomes a spiritual war against evil


All this helps explain why the struggle for liberty is much more than just a political game. This is a spiritual test.
Will you bow down and lick the boots of pure demonic evil in the form
of despotic government? Or will you honor the free will granted to you
by the Creator and stand firm for liberty, free speech, and the other
rights and freedoms described in the Bill of Rights?

To anyone who would assault the Bill of Rights and its sacred
freedoms, prepare your soul for eternal suffering because you will
indeed rot in Purgatory in the afterlife that we now know to be quite real. More real than this Earthly existence, in fact.

To anyone who would deny the existence of consciousness, free will
and the grand creative force in the universe, prepare to beg for
forgiveness and mercy the moment your physical heart stops beating
(which it will, one day all too soon).

To anyone who would push the agenda of evil government, pedophilia
TSA, government confiscation of wages the People, and the
criminalization of fundamental human rights (such as the right to bear
arms), you are putting your soul on a path of wickedness and pain from
which you will scream and beg for mercy while suffering excruciating
pain for what seems like eternity.

And to everyone: If you deny freedom and liberty to others in the
world you know today, you only deny yourself the highest freedom of
all: Redemption in the afterlife. Although you may sit in a
position of apparent high power today — while thinking you are
dominating over others and that you may have even achieved “god-like
status” yourself — your very soul will rot and fester among the lowest
of the hell pit creatures in the life beyond this one.

There is no escape from what you are. There is no trickery or deceit
possible in the realm of the spirit. Every action you take is recorded
in the cosmos for eternity, and you will be forced to face the deep personal shame for the destructive actions in which you have engaged in the name of POWER and GREED here on planet Earth.

You can save yourself now by denouncing oppression and tyranny,
embracing the fundamental freedom of the universe, and dedicating your
life to the uplifting of others around you. That is the pathway to both a
better world today as well as redemption in the reality known as “the
afterlife.”

Walk the spiritual path of truth


You can — and should — begin this journey right now if you have not already done so. Denounce evil in all its forms:
deception, chemical poisoning, medical enslavement, tyranny, sexual
abuse of children, substance abuse and evil government. Embrace a path
of true compassion, humility, protection of life and defense of liberty.
By doing so, you join countless other spiritual warriors who now fight for truth and light in a world increasingly covered in darkness and evil.

No matter what your spiritual belief system: Christian, Buddhist,
Judaism, New Age or any other world religion, the correct path is the
path of freedom, compassion, humility and enlightenment. It is the path
of universe truth and universal reward. It is this path that I have
personally committed to following for the remainder of my physical
existence on this planet, and I hope you will pursue a similar spiritual
journey in your own way.

We shall all meet on the other side, after all. And I hope to get to meet my fellow spiritual warriors when that day comes.