OUT OF MIND » BREAKING NEWS & HOT TOPICS » THE GREAT RESIST » WAS MINNESOTA ANOTHER FALSE FLAG?

WAS MINNESOTA ANOTHER FALSE FLAG?

BUSTED: COP AND DECEASED WORKED SECURITY TOGETHER, THIS WAS ALL AN ACT

The Cop's neighbors had no idea he was a cop

Neighbors ALWAYS know if a neighbor is a cop, unless he's an undercover cop, which he clearly was not in the video. Like I stated in the "diesel blunder" the whole thing was likely a crisis act, with numerous things wrong with it. Now that we have other evidence this was faked, I'll re-type what I lost in the power outage:

In the videos of this (I'll post them later again) there are major problems.

1. You can tell when the ambulance arrives and the officer gets off the victim there was no pressure being applied.

2. When the ambulance arrives, rather than tend the victim, which the official reports states the ambulance was warned he needed medical attention and was unresponsive, they did not tend to him immediately on the ground, instead they loaded him onto the gurney without checking a damn thing, pushed him into the ambulance and drove off. There's a HUGE problem with that.

Standard EMT procedure in this case is FIRST to take his pulse and administer CPR if needed RIGHT WHERE HE IS FOUND LAYING. EMT's do not load people onto the stretcher first, they first get the person stable if possible and then load them. No one at any point, no officer and no EMT ever checked the guy's pulse. That there alone proves it was a crisis act, done by people who were not professionals knowledgeable enough to even fake it good.

3. Since no one checked the guy's pulse, how did the cops know he was not going to wake up in the ambulance and raise hell? I can't begin to describe what a screw up that was, and to top it all off, in ALL CASES, conscious or not, the cops pick people up up and throw them in the back seat. They would not have called an ambulance at all, having never checked his pulse. He'd have been loaded like a side of beef and taken to the station.

4. The appalling "I am so proud" show by the "officer" at the end was obviously done for the sole purpose of angering the public.

So here we have a story where the neighbors never knew he was a cop, where the victim was never checked at all, just loaded onto a stretcher, when he could have woken up and caused a problem. The police will NEVER DO THAT, THEY WILL NEVER DO THAT EVER, FAKE COPS, FAKE EMT'S FAKE STORY.

This story is another box of fruit loops, and now some in Minnesota's government are calling to declare "racism" a public health emergency like COVID. TOO OBVIOUS.

MINNEAPOLIS: CLEARLY SOMEONE FAILED IN THEIR CORONA OBJECTIVES, SO AFTER ALMOST 2 DECADES OF PLANTING THE SEEDS OF DISASTER IN MINNESOTA THEY PULLED THE TRIGGER.

IF CHAOS OF ONE FORM DOES NOT GET THE PEOPLE BEGGING FOR PROTECTION, JUST LAUNCH A NEW FORM, RIGHT? WAS THAT THE OBJECTIVE MISS BARCLAY?

I do not know if that particular Jewish community is the only one involved but I do know it has been working on this in Minnesota since at least 2006 and that at that time several traveled to Minneapolis for strategic planning. The Islamic situation in Minnesota is specifically because of them. And I can name names. So go ahead and keep torching America, I can get VERY nasty.

YOU, Vancouver "community," have your hands on the levers of influence in Minnesota. You had damn well better move them in a more appropriate direction.

Admin
Posts : 108408
Join date : 2012-01-04
Location : Woodstock Nation
What I find of interest is the fact that this also happened in CA when a white cop was filmed nad here is the link to the story:
https://face2faceafrica.com/article/california-cop-pins-unarmed-black-boy-on-ground-punches-him-repeatedly-in-the-chest?fbclid=IwAR16F9xSR9kEZ4VNptD3F5A3_0qtTdIBYFCPr_8jU6GCQ1AbTpqFcR_wtbE 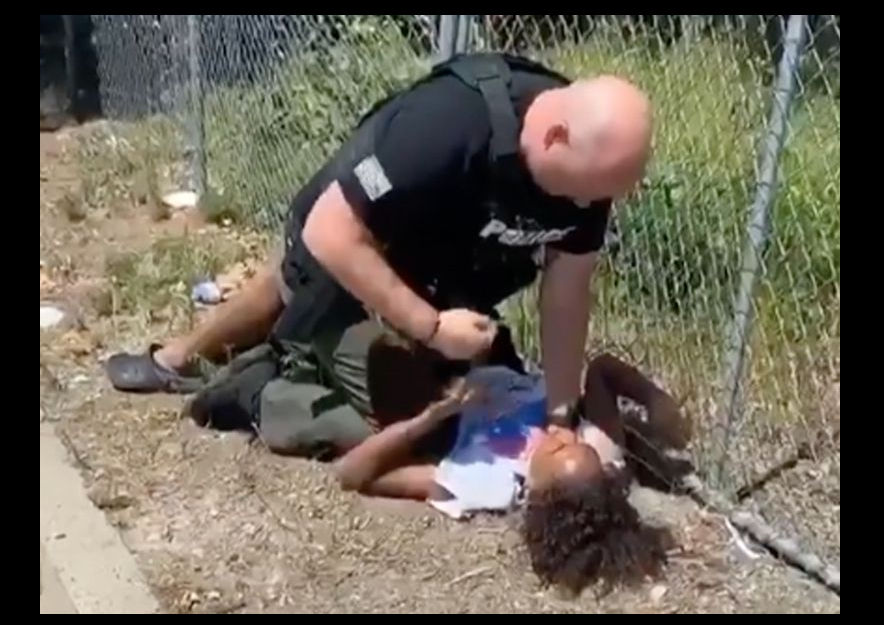 There actually were a slew of incidents like this last weekend. Like a switch was pulled. I see how much this effects my friends of color.
Pretty f\ed up! 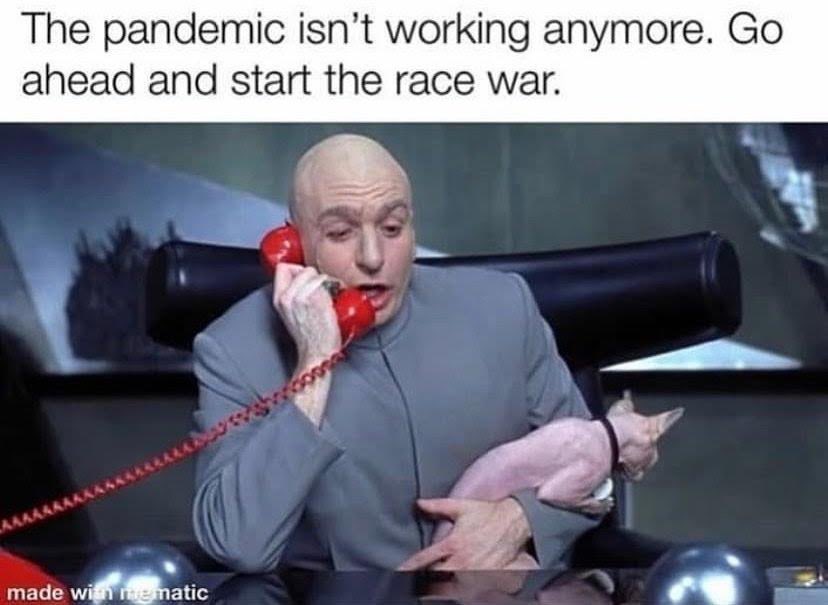 Posts : 3722
Join date : 2017-02-15
He called an attorney that posted on FB about that he was the attorney for floyd and that floyed died 3 years ago in texas. So everything the media is saying is a total made up lie and Ken proved that on the Fb live feed.

OUT OF MIND » BREAKING NEWS & HOT TOPICS » THE GREAT RESIST » WAS MINNESOTA ANOTHER FALSE FLAG?