• PG&E pleads guilty in 84 Deaths caused by the Camp Fire
• PG&E has agreed to pay the maximum penalty of $3.5 million along with $500,000 to cover the cost of the county’s investigation
The California utility Pacific Gas & Electric has agreed to pay out a fine of close to $2 billion for causing the Camp Fire blaze that killed dozens of people, and destroyed the town of Paradise.
“The judge overseeing the case, Michael R. Deems, has set aside time for people who lost loved ones in the fire to make statements at the hearing, which could last for several days,” reports the New York Times:

In a courtroom on Tuesday, the company’s chief executive, Bill Johnson, repeated “guilty, your honor” as he was asked to recount his plea over and over, 84 times, one felony count for each victim. The dramatic moment played out over a Zoom video stream in a nearly empty courtroom in Chico, Calif.

It is unusual for corporations to plead guilty to felonies and acknowledge that their negligence caused the deaths of dozens of people. What is perhaps even stranger is that this is not be the first time in recent years that PG&E has been guilty of serious crimes. But the relatively small size of PG&E’s financial penalties could rekindle concerns that large corporations often escape appropriate punishment for their actions.

As part of the plea agreement with the Butte County district attorney, PG&E has agreed to pay the maximum penalty of $3.5 million along with $500,000 to cover the cost of the county’s investigation. A state judge has to approve that agreement. Wall Street firms have paid much larger fines and penalties when settling cases stemming from the financial crisis of 2008.

In 2016, a federal jury convicted the company of safety violations and obstruction of an investigation into a gas pipeline explosion that killed eight people in 2010 in San Bruno, a town south of San Francisco. PG&E is still under probation for those convictions.

More at the New York Times: 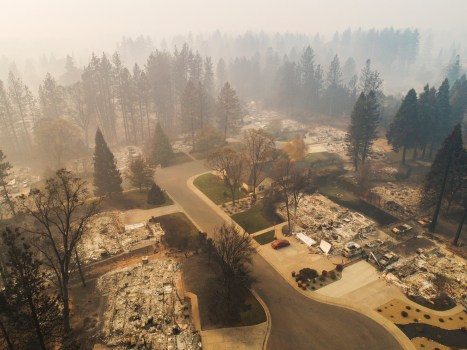