“She, unlike Mr. Epstein, has never been suicidal and was never diagnosed as exhibiting risk factors for suicide,” wrote her attorneys 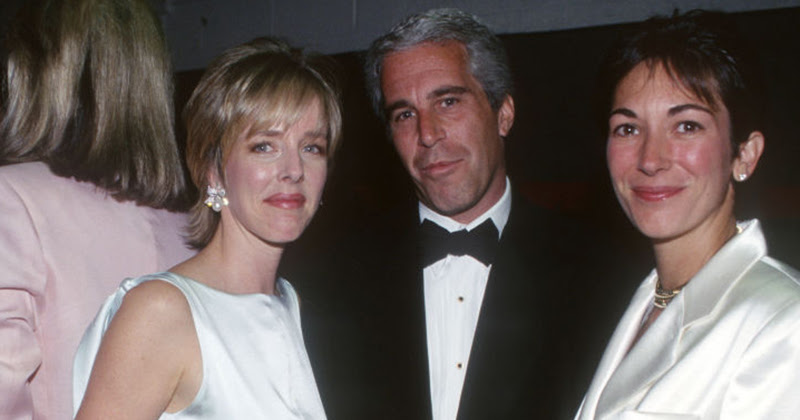 Source:
Lawyers for Ghislaine Maxwell say she’s being “treated worse” than similar detainees because prison officials have resorted to extreme measures to keep her alive until trial in just over 330 days.
“Until recently, Ms. Maxwell was subjected to suicide watch protocols, including being woken up every few hours during the night and being forced to wear special clothing, despite the fact that she, unlike Mr. Epstein, has never been suicidal and was never diagnosed as exhibiting risk factors for suicide,” wrote her attorneys, adding that “as a result of what occurred with Mr. Epstein, Ms. Maxwell is treated worse than other similarly situated pretrial detainees,” reports Forbes.
It wants one thing. Total power and control. What would that spider say if it was made to take truth serum? Find out in this exclusive report from Alex Jones.
Maxwell – who is being held in Brooklyn’s federal prison, is accused of abetting deceased financier Jeffrey Epstein’s alleged underage sex-trafficking ring, charges she denies. Epstein – who was being held at Manhattan’s Metropolitan Correctional Center (MCC) was found dead in his cell on August 10, 2019 amid a suspicious series of events which included sleeping guards, broken cameras, and the removal of his cellmate.
According to Maxwell’s attorneys, the British socialite’s cell is searched several times per day, and “she has been forced to undergo numerous body scans.”
The conditions, they argue, prevent Maxwell from preparing for trial and threaten her Sixth Amendment rights guaranteeing participation in her own defense.
Meanwhile, Ghislaine may have trouble cutting a deal according to “Fox Nation” host Nancy Grace.
“What does she really have?” Grace asked during an appearance on the “Fox News Rundown” podcast on Wednesday. “”Yes, I know she’s got a lot, but let’s think this through. If she’s claiming to have videos and photos of wealthy, powerful or influential people having sexual relations with minors, it’s my understanding that when Epstein’s Manhattan townhome was raided, they found a lot of that in his safe or somewhere on the premises. If they’ve already got that, what could she really give them?“