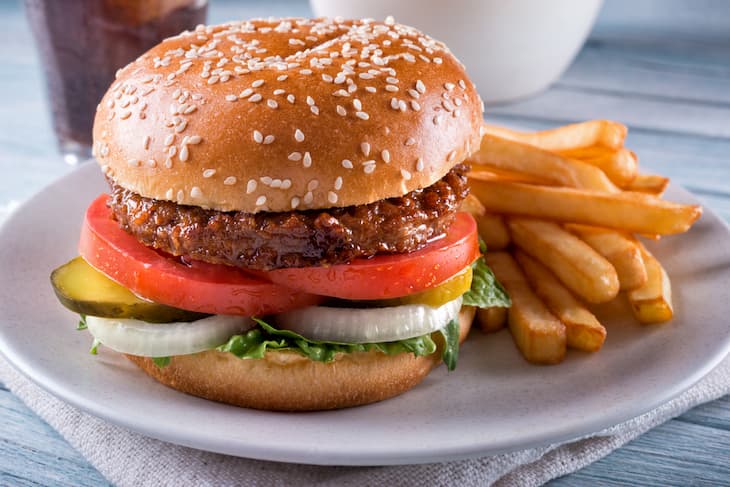 New breakthroughs are emerging in the cannabis industry and now a New Zealand food company has developed the world’s first hemp-based meat.

According to the latest cannabis news, Sustainable Foods, the New Zealand-based food manufacturer, has pioneered the making of hemp-based fake meat. The company mainly deals in plant-based fake meat products, which sells through the Craft Meat Co brand.
Products offered to clients include soy-based burgers, sausages, and mincemeat. Over the past few months, the company together with researchers from Massey University Institute have spent time working on plant-based fake meat products.
So far, they have produced a line of hemp-based meat products, which are expected to hit the shelves in 2021. The team has been using hemp supplied by a medical cannabis manufacturer Greenfern Industries. This development shows just how fast the cannabis industry is unfolding, even as the push to legalize recreational marijuana continues.
Green fern Industries is a certified medical cannabis producer. It powers its processing and production facilities using hydroelectric power plant. Currently, New Zealand allows hemp to be grown outdoors and Greenfern believes the cost of growing hemp locally is lower than that of growing soy.

Additionally, hemp also generates higher profits. According to hemp entrepreneur Langdon Brown, hemp generates a profit of $1912 per acre while soybeans can manage around $250 per acre.
The production of the hemp-based fake meat takes into account the environmental concerns. The product will be made locally using 88% recycled content. Kryan Rei, the co-founder of Sustainable Foods, said the new range of hemp-based meat would have more protein component than an equivalent serving of real meat. Besides, the hemp-based meat contains high levels of dietary fiber.

Our products all use hemp, which is considered one of the most nutritionally complete food sources in the world, increasing the total consumable protein content, Rei said.

Rei added that the hemp-based meat compares to chicken. However, he was quick to say the product was not designed to replicate the texture of animal-based meat. Hemp has always been hailed as a superfood, with its seeds containing high levels of fatty acids and a milder flavour. It also contains large amounts of micronutrients such as Vitamin E.
According to the producers, the hemp-based fake meat is likely to go on the retail shelves in early 2021. This is after extensive research and fine-tuning of the product, which has been taking place in 2020.