Under proposed new bill, police could preemptively lock up those they believe “might” violate covid lockdown measures 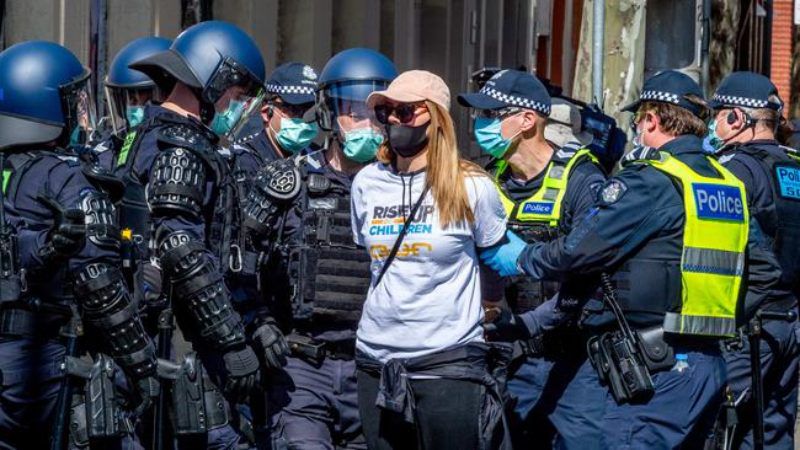 Source: Niamh Harris
People who refuse to self-isolate face being detained under a proposed new law in Victoria, Australia.
The Victorian government are to debate a new bill in the State Parliament which would give authorities sweeping powers to forcibly detain “high risk” coronavirus spreaders.
Anyone deemed as high risk by health authorities could be forcibly detained under the draconian new powers, including conspiracy theorists and anti-lockdown protesters along with their close contacts.
The state’s parliament started the hearings on Thursday but has not issued a public decision as of Friday.

Report this ad
CaldronPool reports: If passed, the Omnibus (Emergency Measures) Bill will allow the state to detain anyone they suspect of being “high risk” or likely to negligently spread COVID-19, either if they have the virus or have been in contact with an infected person.
According to The Age, a state government spokesman said the rule could be applied to “conspiracy theorists who refuse to self-isolate or severely drug-affected or mentally impaired people who do not have the capacity to quarantine.”
Those detained could then be placed in quarantine facilities, such as hotels, where they can be monitored by authorities.
On Sunday police fined 200 people and made 74 arrests during an anti-lockdown protest in Melbourne. Could this bill lead to the mass-forced quarantining of similar anti-lockdown protesters?
Will the legislation result in anti-lockdown protesters being deemed “high risk” of spreading the virus, resulting in the forced detainment and mandatory quarantining of their family members, work colleagues, and close friends?