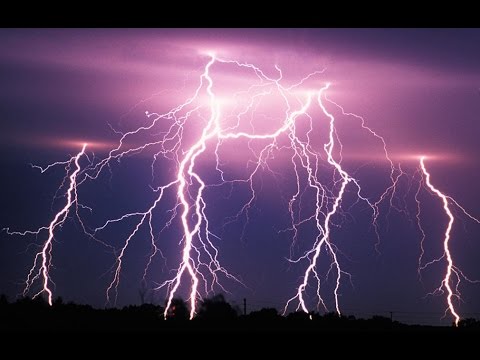 
Lately, as you can tell, I've been blogging about Sudden Animal Deaths, the decline of insect populations, and so on. And I've been entertaining the idea  for some time that these deaths might be due to the unintended consequences of increased environmental ambient electromagnetic radiation, or in some cases, as the deliberate result of the tests of electromagnetically based exotic weaponry. With respect to the latter hypothesis, I've entertained it with regard to the sudden deaths of whole flights of birds in mid-air, and - in an entirely different context - with respect to some of the anomalous photos and videos witnesses have gathered from fires in Australia and California. In regard to the latter, I've even gone so far as to suggest that the power grid itself might have been weaponized as the broadcast antenna for the fires by simply sending transients through the wires and into homes. With respect to the recent sudden death of a herd of elephants in Africa, I've entertained the idea of a lightning weapons test.
Yea, I know all this sounds nutty, and it probably is.
But the nuttiness isn't mine. It belongs to "them", you know, the guys that sit around and dream all this stuff up. "N." found this article and passed it along (our thanks!), and it's worth absorbing, because it's not coming from an "alternative media" source, but from Forbes magazine:
When The CIA Considered Weaponizing Lightning
Here's what has leaped out at me:

Thunderbolts are traditionally the weapon of the gods, but in 1967 the CIA were wondering whether they, too, could call down bolts of lightning from the heavens at will.
The idea is contained in a proposal from a scientist, sent to the CIA’s Deputy for Research ‘Special Activities’ and passed on to the chief of the Air Systems division. The scientist’s name has been redacted in the declassified document from the CIA’s archive, but the proposal mentions a previous discussion with the CIA, indicating they were being taken seriously.
The guided lightning concept is based on the observation that lightning follows a path of ionized air known as a step leader. Once the leader stroke reaches the ground and makes a circuit, the lightning proper is formed and a current flow, typically around 300 million Volts at 30,000 Amps.
The scientist suggests that artificial leaders could “cause discharges to occur when and where we want them.” The artificial leader would be a wire a few thousandths of an inch in diameter and several miles long. Wires would be inserted into storms by aircraft or rockets on a spool, and unrolled by a drogue parachute, and lightning would follow them down to the ground.
“This method is possible because the main discharge will occur through ionized surrounding the wire,” notes the scientist. The wire, like the leader, is only needed to get the lightning going, and would still work even if it broke.

Now let's dive into today's high octane speculation. If you've been following the phenomenon of "chemtrails" and the spraying being conducted, one of the things you'll have come across is the claim that much of the material being sprayed is particulate heavy metals. Sometimes the composition of this spray varies, but among the metals most often mentioned in this regard are aluminum, and barium. Sometimes there are others. In some examinations, the spraying began during the Reagan era as a secretive effort to increase the electrical conductivity of the atmosphere for his Strategic Defense Initiative project. This needed a "cover story," so in some versions, the spraying was being done to "save the environment" or to "combat climate change" (which explanation in itself is intriguing, because that implied the ability to manipulate weather on a planetary scale).
As the article itself notes, the use of wires was intended to provide a channel for lightning to close the circuit between the atmosphere and the ground, but that it "would still work even if it broke." In other words, you do not need a long wire, but several short ones in close proximity to each other to provide a channel or circuit for the lightning. Like particulate aerosolized heavy metals...
The next thing one needs is the ability to create the large charge differentials to be able to cause lightning to strike, otherwise that sheath of heavy metals might function to block such strikes like a big Faraday cage, though in my opinion this possibility is unlikely for a variety of reasons. In any case, one needs an ability to ionize the atmosphere sufficiently to build up these enormous charges, or to take a naturally occurring storm, and load more energy into it. Enter the ionosphere heaters like HAARP. Indeed, when this technology was being dreamed up and patented - incidentally, during Reagan's Strategic Defense Initiative era - some of the uses claimed for it were weather modification and steering, missile defense, and some analysts also made good cases that it could be used to cause lightning strikes.
In other words, the USA had, and has had, this capability since at least the 1980s, and probably now many other nations as well. Put the two together - the spraying and the heaters - and one would have the equivalent, perhaps, of the ability to bombard a region or  area with lightning, a kind of "carpet bombing with lightning", and to coin a pun, a true and proper Blitz.
Obviously, carpet bombing with lightning isn't exactly "assassination" in any classical sense. For that, one would need some means for precision strikes, not just an aerosolized region and lightning strikes to start forest fires. One would need some means to be able to dial someone up, or at least, locate them, and use whatever such device that might be providing that location, to pulse it and them.
Yea... I know. It sounds nutty. And probably is.
But... while you're reading this on your ipad, remember that the first two essential requirements have been around since the 1980s at least, and the weaponized lightning idea since at least 1967, if not long before that, with the lightning bolts of the gods, who may not have been gods at all, but just people with an extraordinarily sophisticated science. After all, the ability to call down lightning strikes at a specific point would certainly impress a bunch of hairless monkeys who were still using bows and arrows to accomplish their mischief.
See you on the flip side...

Admin
Posts : 102880
Join date : 2012-01-04
Location : Woodstock Nation
He is usually in the chat section of Walter Bosley's streams... you should join in if you are free. I think they are every other Sunday now because of Walter having chemo treatments though. Hope to see you there :)

Here is Dr. Farrell's channel also. He does do some live streams but usually they are at odd hours: https://www.youtube.com/user/JosephFarrell1