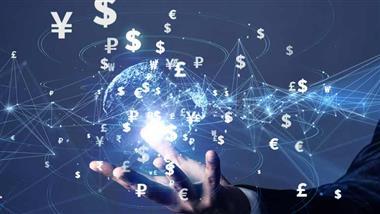 Bartering and the exchange of currency have long and interesting histories. We’ve gone from trading products and metal coins to exchanging paper notes and now cryptocurrency, based on digital encryption. While it might seem that cryptocurrency is a natural next step in financial evolution, remember that just because something is possible doesn’t mean it’s better.
Bitcoin was the first established cryptocurrency to hit the market.1 It is based on an online “currency” secured through encryption. The first hint of it arrived in 2008 in a paper posted to a mailing list by someone using the name Satoshi Nakamoto. No one knows who that person really is (or was), even today.
The software went public in 2009 and the first exchange happened in 2010 when someone traded 10,000 Bitcoins for two pizzas. According to Forbes Magazine, had the individual exchanging those Bitcoins kept them, the value would have jumped to $100 million in 2017.
But, long before that, back in 2013 the price of one coin dropped from $1,000 to $300. This was likely triggered by a six-hour period during which there were two digital networks, with two transaction histories, operating at the same time.2 This glitch cost Bitcoin’s value to drop for more than two years before it recovered.

One of the largest thefts of Bitcoin occurred in January 2014. Mt.Gox, a cryptocurrency exchange, was hacked and 850,000 Bitcoins valued at $450 million were stolen. As cryptocurrencies have continued to be exchanged, Google, Gates and several partners recently revealed a new level of global digital currency and money transfer.

The history of Mojaloop began in Toronto in 2017 when the Bill & Melinda Gates Foundation started an open-source banking project.3 Since then, interest has varied. In 2019, The Gates Foundation backed DFS Lab to hold a hackathon with the intent of introducing the Mojaloop software to tech companies.
Jake Kendall, executive director for DFS Lab, spoke to a reporter at Forbes, excited about the possibilities Mojaloop may present to undeveloped countries: “We see Majaloop [sic] as part of [a] bigger trend toward standards-based interoperability and improved interlinking in financial services.”
Kendall was employed in financial development at the Gates Foundation before moving to DFS Lab. Nearly one year later, Google and the Gates Foundation announced a coalition of nonprofit and tech companies to form the Mojaloop Foundation.
Some of the companies included the Rockefeller Foundation, Coil, the Omidyar Network and ModusBox.4 The rollout in 2020 is a culmination of testing what works in digital currency with the goal of repeating outcomes of a similar digital platform used in Kenya, called M-Pesa5 with an aim at serving 1.7 billion people.6
The M-Pesa platform was introduced in 2007 and by 2012 had 17 million accounts. The software allows a “monetary value to be stored on a mobile phone and sent to other users via text messages.”7 Monetary efficiency, in an area of the world where most people don’t have access to banks, may have helped 194,000 households get out of poverty.
The technology is just the beginning. David Wexler, CEO of ModusBox, told Fortune Magazine that the system will require the ability to connect across country borders and ensure the tool is accessible to those who need a means of connecting with digital financial services.
To that end, the Mojaloop Foundation plans to provide experts within the countries to help develop solutions and guide governmental policies. It’s intended to be managed by the country’s government or financial authorities, but the sharing standard means it becomes interoperable across borders.

What this means is the system will be able to work with, or use parts of, another system within the country. The Mojaloop Foundation describes their platform this way:8

Cryptocurrency Has Always Been Fundamentally Decentralized

Globally, nearly 25 million people use Bitcoin.9 The foundation in cryptocurrency is that the process is peer-to-peer. In other words, it is decentralized and does not work with a bank or a credit card. The process is controlled solely by users as opposed to a central bank or a government.
Cryptocurrencies are developed for a variety of reasons. For instance, Bitcoins are used to buy and sell products and services. However, some companies are using cryptocurrency to give buyers access to a product or service that the company is offering or plans to offer.10
It is a way of raising money. But, unlike stock where you own part of the company that’s offering it, during an initial coin offering (ICO) you are buying a future service or product.
According to CoinMarketCap, there are more than 5,500 different cryptocurrencies currently on the market with a total net worth of $246.48 billion.11 Initially, cryptocurrency is purchased using cash. This can then be exchanged for goods and services using a digital platform through a cryptocurrency wallet.12
To send money across the world, some platforms use a protocol called Interledger,13 which allows a person to conduct transactions across various forms of currency. Each cryptocurrency maintains a ledger, often secured through a blockchain or digital public ledger. The transactions are encrypted to prevent hacking.
The backbone of cryptocurrency systems is meant to be decentralized. However, while Mojaloop-based systems currently use fiat currency (money established by a government and not backed by intrinsic value such as gold or silver) or cryptocurrency, it is intended to be hosted by a government or financial authorities.14
Whether governments will allow the system to remain decentralized after initiation cannot be determined. Rodger Voorhies from the Gates Foundation believes that the expansion of a fast-payment infrastructure, such as Mojaloop, can only help during pandemic situations.

Mojaloop is poised to create a platform that allows people from all over the world to send money to each other with low transaction fees. It allows countries, financial institutions and developers to make changes to their own platform and share upgrades.
The initiative is designed to address the needs of rural populations, allowing them access to digital payments through their smartphones. The platform also has other functions that give users the ability to access financial markets. The software creation was intended to engage banks, governments, regulatory agencies and others in developing markets to provide services for those without access to a bank.15
Yet, doing so may ultimately backfire. With Google’s history of tracking personal information and Gates‘ apparent desire to influence personal choice, it’s difficult to imagine their focus will change.
Another founding member is Ripple, which is both a processing platform and a cryptocurrency.16 In 2015 the group partnered with Santander Bank, one of the largest banks in Europe. This quickly drove up the value of their cryptocurrency, XRP.17
During the announcement, Ripple’s representative shared that the company was planning work to achieve the vision of the Internet of Value. Under this concept, actual value is transferred from peer-to-peer and not through an intermediary such as a bank or credit card company.
Unlike other cryptocurrencies that rely on blockchain to encrypt and safeguard the transactions, Ripple uses a patented technology called Ripple protocol consensus algorithm (RPCA). Included in their network called RippleNet are several institutional payment providers that people use to send money around the world.
These providers include American Express, PNC Bank, Interbank and MoneyGram.18 Together with Google, Gates and other large tech companies in the coalition, Ripple is positioned to potentially gain control of a created global currency and drive down the value of country-based currency.

While Google, Gates, Ripple and the Rockefeller Foundation have their eye on a global currency system, other large tech companies are scrambling to claim their own piece of the digital pie. Amid Congressional scrutiny over the sale and misuse of their consumers’ personal data, Facebook registered Libra Networks in Geneva, Switzerland, in 2019.19
Facebook Global Holdings is the stakeholder for a company that will focus on “investing, payments, financing, identity management, analytics, big data, blockchain and other technologies.”
When Facebook registered Libra, it had more than 2 billion users. It also owned Instagram, Messenger and WhatsApp that each boasted more than 1 billion users. Their stated mission is a “simple global payment system and financial infrastructure.”20
Yet, as 2019 came to a close, Facebook wasn’t enjoying the appreciation they may have hoped to generate.21 Instead, they lost eight of their founding members and took criticism from legislators who questioned the potential fallout from linking a payment system to a company whose privacy track record is less than stellar.
Before the launch of Libra Networks was announced, the U.S. Senate Committee on Banking, Housing and Urban Affairs22 wrote to Facebook founder Mark Zuckerberg with a list of specific concerns after learning through an article in the Wall Street Journal that:

“… Facebook is recruiting dozens of financial and online merchants to help launch a cryptocurrency-based payments system using its social network … In addition, privacy experts have raised questions about Facebook’s extensive data collection practices and whether any of the data collected by Facebook is being used for purposes that do or should subject Facebook to the Fair Credit Reporting Act.”

By October 2019,23 Paypal, Mastercard, Visa, Stripe and eBay had left the fold. Libra also lost the online payment platform MercadoPago and Booking Holdings, which runs Priceline, Kayak and OpenTable. In February 2020, they acquired Shopify and another cryptocurrency start up.24
By April 2020, Libra had pivoted. Facebook organized an independent group, Libra Association, that announced a plan to offer coins backed by one currency. This is in addition to those currently offered that are backed by multiple currencies. This was the result of global governmental oversight unwilling to work with the privacy-troubled company.25
Not to be left behind, Yahoo! has a 40% share in Taotao, a cryptocurrency exchange that recorded a 200% rise in new accounts last year.26 Growing movement in the digital financial space may mean the cost of cryptocurrency will rise.
However, more importantly is the potential for large technology companies and the billionaire owners to assemble greater wealth and power by integrating their platforms and software in a market aimed at the global economy and hosted by governments and financial institutions.
Sources and References

Undetectable Engineering Methods Used to Create SARS-CoV-2 Donate Blood: You May Be Saving Your Own Life
via Tech Billionaires Aiming at a Global Currency