OUT OF MIND » THE INSANITY OF REALITY » GOVERNMENTS & THE NEW WORLD ORDER » Time for a New Declaration?

Time for a New Declaration?

Source: J.B. Shurk
Here’s a serious question.  Have we passed that Rubicon in America beyond which it is no longer possible to pretend the American government is legitimately representing the people?  I know that question is on a lot of Americans’ minds these days, and I think it speaks volumes about our brewing crisis that none of our elected leaders has even attempted to acknowledge, let alone address, the growing unease outside the capital.  People are arming up right now in record numbers not because of hunting season; they’re buying weapons because their instincts tell them America is on the brink.  But if America is on the brink, the D.C. Leviathan seems unsympathetic or unaware.  That makes for an awfully dangerous situation.
Doesn’t it feel as though we’ve been here before?  An out-of-touch capital far removed from American life starts imposing its will on ordinary folk until enough Americans who desire only to be left alone finally dig in their heels, embrace their independent spirits, and refuse to be subjects of an unjust government any longer.  The British Parliament gave us the Stamp Act in 1765 and the Townshend Acts in ’67, and after the Boston Massacre in ’70, the Tea Party in ’73, and the Intolerable Acts of ’74, the tinderbox finally exploded at Lexington and Concord in April of ’75.  Revolution began.  A decade is all it took.
Ten years ago, millions of furious Americans began protesting the federal government’s suicide pact forced upon the states in the forms of our untenable national debt and the Democrats’ insistence on burdening future generations with even more unfunded liabilities arising from government-run health care and other new entitlements.  “Tea Parties” sprang up across the country to draw attention to the ticking financial time bomb hanging over us all.  Obama mocked them.  The media pretended they were dangerous.  Nobody listened to their pleas.  So they set to work flipping first the House and then the Senate for the Republicans.  When that didn’t work, they voted in an “outsider” president who took both parties by surprise.
Instead of learning from the moment and recognizing that a significant portion of the electorate had become so fed up with the federal government that it essentially decided to call in a Wild West sheriff to clean house, the self-installed and self-replicating bureaucracy chose instead to sabotage the elected president every step of the way.  Now those same fed up Americans are told they must accept the results of a highly suspicious national election in which the incumbent president won a record number of votes and almost all traditional bellwether counties but came up short against the unprecedented use of mail-in balloting from a handful of Democrat-controlled counties to capture battleground states well after Election Day.


Americans worked within the system for change, and the system changed the rules under the pretext of a health emergency.  When those Americans protest, their voices are censored, and their livelihoods are threatened.  There is a presumption among Obama Democrats and Big Government Republicans that Americans who take their freedoms seriously will simply roll over and obey if they are increasingly attacked, punished, and ignored.
If “taxation without representation” was enough to boil the blood of American patriots two hundred and fifty years ago, I have my doubts that “socialism without representation” will fare much better with their descendants.
It is the height of irony that an American system of government that arose from rebellion against the unchecked demands of an insular ruling class seems intent on planting the seeds for rebellion once again.  How else can one describe this moment in history when the American government and the American people are heading in different directions?
According to some polling, less than half the country believes that the election for president was “free and fair.”  Democrat mayors and governors have once again begun flexing powers they do not possess in order to shutter businesses and trample civil liberties in ways that would have seemed unfathomable to Americans not long ago.  And elected Democrats and their supporters in the media and business communities openly make lists of ordinary Americans they deem worthy of harassment and persecution.  These threats to liberty should shock the consciences of true friends of freedom everywhere.
Twenty-five years ago, the witty and prescient Claire Wolfe offered some wisdom that resonated with a lot of people: “America is at that awkward stage,” she wrote.  “It’s too late to work within the system, but too early to shoot the bastards.”  I’m sure you’ve seen those words, and I’m sure you laughed, but I bet you also wondered when the shooting would actually begin.  An awful lot has happened since then.  Matt Drudge burst onto the scene, shattered the left’s monopoly over journalism for a time, and then joined forces with the left himself.  Republican honchos like Michael Steele and Bill Kristol decided that the best way to protect Republican voters from themselves was to repeatedly stab them in the back, and Fox News created an unbridled outlet for conservative points of view before taking a hard turn toward bend-the-knee, kiss-the-ring champagne socialism.  The great majority of Americans have pleaded for sensible immigration reforms, trade policies that benefit workers at home, and an end to “endless wars,” but the American government has pursued the opposite agenda.  American technology giants emerged to expand the flow of information and the free expression of ideas before transforming into filters of information and suppressors of ideas.  And Big Media, Big Tech, and Big Government conspired repeatedly for four years to remove an American president because he challenged the establishment status quo.  I wonder what stage Ms. Wolfe thinks we’ve entered now.
Perhaps it’s time to follow in the footsteps of the wise generation of men and women who first fought for our freedoms by setting forth our grievances in the kind of formal writing that might make it clear to those who wish to rule over us that our patience has run its course — a declaration, if you will, that states plainly our belief that just power comes only from the consent of those governed.  A free people should expect nothing less.  A government truly “of the people” should insist upon it. 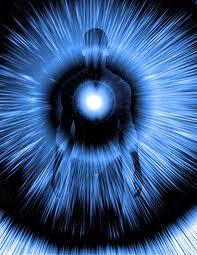 Posts : 7
Join date : 2020-11-22
Age : 53
Location : Where ever I lay my hat
The case is that DC is aware of it. They pretty much want it to go this as the intention is to literally cripple the US and destroy itself from within to pave the way for the new big boy on the block PRC.

"The two most important days of your life, the day you were born and the day you find out why."
Yes, I spell my alias incorrectly on purpose. To prove I am not perfect. Yet.

OUT OF MIND » THE INSANITY OF REALITY » GOVERNMENTS & THE NEW WORLD ORDER » Time for a New Declaration?

» Gillian MacBeth-Louthan – You Need To Keep Believing That Peace Comes One Person at a Time, That Light Is Birthed One Thought at a Time, That The Heart Heals One Love At A Time – 18 April 2013
» Quantum Consciousness & The Nature of Time ~ Time In – Time Out – The Torus Effect
» Republic New Declaration Of Independence Oct 2012
» A DECLARATION TO RESTORE THE CONSTITUTIONAL REPUBLIC
» G20 Osaka Leaders' Declaration