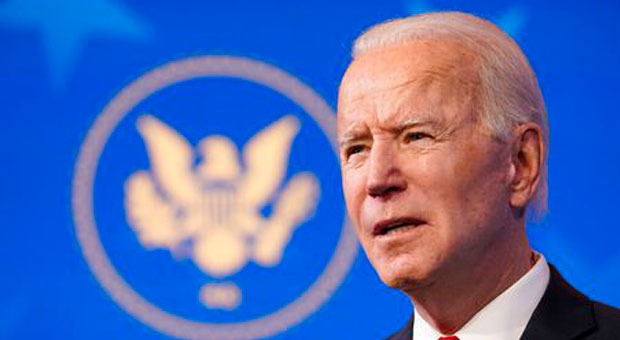 press
1,000 Honduran migrants moved unregistered into Guatemala on Friday
A migrant caravan that is currently moving toward the U.S. border has called on Joe Biden to honor his "commitments" to the migrants about to flood the country.
On Friday, 1,000 Honduran migrants moved unregistered into Guatemala, according to The Associated Press.
The outlet added the migrant anticipate a warmer reception when they reach the U.S. border.
A statement issued by the migrant rights group Pueblo Sin Fronteras said it expects the Biden administration to take action.

The statement said:
"We recognize the importance of the incoming Government of the United States having shown a strong commitment to migrants and asylum seekers, which presents an opportunity for the governments of Mexico and Central America to develop policies and a migration management that respect and promote the human rights of the population in mobility."

Have your say - ⇓ Hit the comments below ⇓ 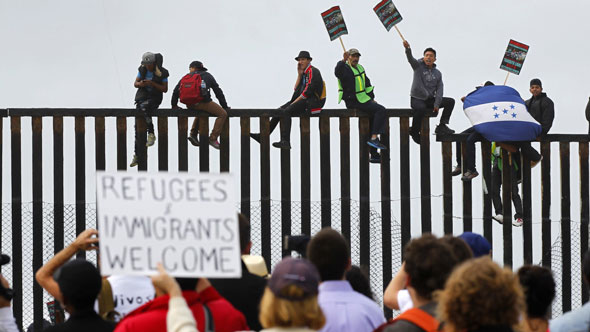 press
Biden also promised to end the Migrant Protection Protocols (MPP), which keeps migrants awaiting their hearings in Mexico.
"We will advocate that the Biden government honors its commitments."
Biden recently vowed to reverse many of President Trump’s policies on border security and immigration.

Biden also promised to end the Migrant Protection Protocols (MPP), which keeps migrants awaiting their hearings in Mexico.
Earlier this week, Neon Nettle reported that Biden laid the groundwork for an amnesty for 11 to 22 million illegal aliens during a meeting with borders lobbying groups to discuss a legislative strategy.
Biden and Kamala Harris met with cabinet nominees, open borders lobbying group executives, and sanctuary city politicians about “his day one plans to introduce immigration reform legislation and protect DACA recipients," a readout of the meeting said. 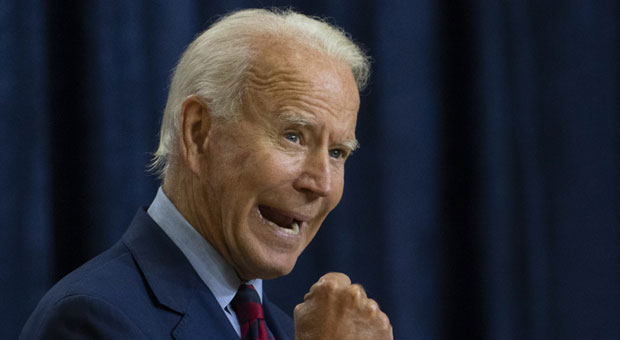 press
Biden laid the groundwork for an amnesty for 11 to 22 million illegal aliens during a meeting with open border groups
The meeting included Biden's nominee to lead Health and Human Services (HHS), Xavier Becerra, who has implemented one of the nation's strictest sanctuary state policies.
Becerra even vowed to prosecute employers who cooperate with the Immigration and Customs Enforcement (ICE) agency.
The migrants’ group also highlighted promises to end the administration's asylum cooperative agreements with Northern Triangle countries.
"A new United States Government is an opportunity to work with the Mexican Government to develop a cooperation plan with Central America to address the causes of migration, together with civil society organizations, as well as an opportunity to increase regional cooperation regarding the persons in need of protection, and to dismantle illegal and inhuman programs such as Remain in Mexico, the United States’ Asylum Cooperation Agreements with El Salvador, Guatemala, and Honduras, as well as the Title 42 expulsions by the United States authorities."
Biden official, however, said it would not mean open borders overnight.
"Processing capacity at the border is not like a light that you can just switch on and off," incoming Biden domestic policy adviser Susan Rice told Spanish wire service EFE.
"Migrants and asylum seekers absolutely should not believe those in the region peddling the idea that the border will suddenly be fully open to process everyone on Day 1. It will not."
"Our priority is to reopen asylum processing at the border consistent with the capacity to do so safely and to protect public health, especially in the context of COVID-19," she said.
"This effort will begin immediately, but it will take months to develop the capacity that we will need to reopen fully."