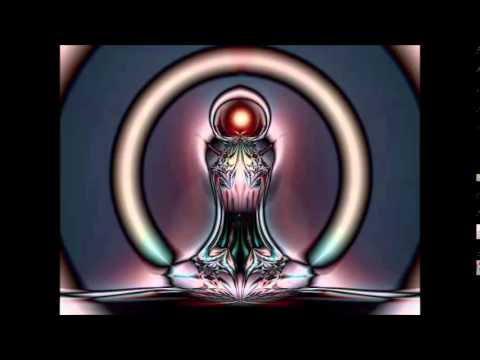 Binaural beats and isochronic tones could help with meditation and even heightened states of consciousness. Can these help a person unlock ESP ability? How can we incorporate these tones into our paranormal research?
We know that frequency plays some sort of part in the paranormal. EVP relies on certain frequencies. Infrasound which is low-level frequency noise can not only make us feel like we are experiencing something paranormal, some believe it can help unlock some sort of residual energy. Energy and frequency are all around us. Consciousness itself is defined as being aware. There is a long debate over what happens to us when we die. While our physical body dies, many believe that our consciousness lives on. When we are communicated with what we believe to be spirits, it is possible we are communicating with some kind of consciousness. What if the person was actually still alive? Mysticism teaches that this is possible. Astral travel suggests that is possible. Is our consciousness limited to our physical body? Then of course there are the abilities that many suggest we all have within us. Potentially we could all be capable of having some sort of psychical ability, we just need to learn how to tap into it. For many people, they use meditation to help unlock certain areas of capabilities within our consciousness. What impact does frequency have in this process? Could binaural beats or isochronic tones be of use?  You may know of binaural beats which I have written briefly about before, however you may not be aware of its cousin isochronic tones which are just another way we can experiment with sound and frequency.
What are binaural beats?
You may have heard of soundwave therapy. Binaural beats are a form of soundwave therapy. The right and left ears listen to two slightly different frequency tones, however, they perceive the tone to be the same. The frequency needs to be lower than 1000kz for the brain to be able to detect it. As an example, the left ear may register a tone of 200hz, while the right ear has a tone of 210hz. It supposedly produces an effect similar to meditation. Studies show that when hooked up to an EEG that records a person's brain activity show that there is an effect on a person's body. This effect varied depending on the frequency pattern used. Researchers have categorized this into 4 areas:

This is considered to be a great tool for healing and for those who have trouble focusing when trying to meditate. What are isochronic tones?
Much like binaural beats, isochronic tones are also used as a form of sound healing.  Instead of being a continuous tone made up of two frequencies, isochronic tones are a single tone that turns on and off and regular intervals that creates a type of rhythmic pulsing sound.  It is often incorporated with nature and animal soundtracks.  They are also often used in conjunction with binaural beats to increase the stimulation to the brain.  They are both considered to be a form of brainwave entertainment.
According to healthline:

Many people use isochronic tones on soundtracks when attempting to go into a state where they may be able to perform lucid dreaming or astral projection.  Studies suggest that there are benefits to using this kind of technology, however as to if people can legitimately astral project or lucid dream while using these tones cannot be proven given that brainwave entertainment can cause a person to hallucinate.
It is important to understand that binaural beats and isochronic tones can have an effect on the human body and are not recommended to people that have neurological or cardiac issues. A risk of using binaural beats is that if you are epileptic or prone to seizure, using binaural beats and isochronic tones is discouraged.
Using isochronic tones for paranormal research
There are a few different ways that you could incorporate isochronic tones into paranormal research.
If you want to find the secrets of the Universe, think in terms of energy, frequency and vibration.- Nikola Tesla
Much of what we talk about when it comes to the paranormal is things like frequency and vibration.  People often like to play loud noises, ring bells, or even use musical instruments to try and see if the sound can attract or cause some sort of paranormal event.  Why not try using isochronic tones?  The same with binaural beats.  There are so many different frequencies and vibrations you can target.
A common experiment that many investigators use in the paranormal field is the ganzfeld experiment. Ganzfeld is coined from the term ‘total field or whole field’. Ganzfeld is German for ‘complete field’. In the mid-1970s, parapsychologists began designing mental telepathy experiments as they thought it would scientifically prove the existence of telepathy and clairvoyance. It was in particular focused on the assumption that a person could mentally transmit an image to another person. It was based on the studies of German psychologist Wolfgang Metzger who in the 1920s and 1930s found through his experiments that when subjects focused on a particular field of vision that was plain with no features, that they would start to hallucinate and see images that were not there and their brain activity also changed during this time. It works on the assumption that psi abilities are perhaps blocked by an outside influence, in this case, our surroundings are both sound and visual. Was it just the brain hallucinating or was it allowing the psi abilities to present themselves in the form of visions?
What if we were to incorporate binaural beats and isochronic tones into this experiment? Could it enhance our chances of unlocking our abilities? What about any sort of activity where we use white noise. People use white noise against their recordings to help their EVP sessions. What if isochronic tones or binaural beats were incorporated into this noise? Try one or try both.  Would this have any effect?
Of course, we must also be wary of the effect that these frequencies have on the human body.  On a spiritual level maybe it could open up us more or allow us to access abilities embedded within our consciousness, however, it could also cause us to feel or see things that are not there.  Infrasound at the right frequency of 18.9Hz, for example, can cause a person to feel like they have a paranormal presence.  Horror movies will often use this frequency in their movie soundtracks to invoke a feeling of fear while you watching.  It is dubbed both the Ghost Frequency and the Fear Frequency for this very reason.  Frequency causes a physical reaction to your body so what you experience may not be paranormal.  Remember, this is why it is also considered a form of brainwave entertainment.  Using such things during an investigation would be a case of trial and error and keeping the above in mind, however, I do think it is worth exploring.
Unlocking ESP
Many spiritual pages claim that the frequency of 7.8hz Theta waves can help to unlock ESP ability and that Alpha waves at 8.3hz can help stimulate a person's psychic ability  Why not try it out and see what happens.  Here is a little challenge for you.
Head to the LLIFS Zener card page and do a 25 card spread.  https://llifs.com.au/games/zener/zener-card-game/
Write down your percentage.
Listen to this video in full and relax, meditate and let the tones do their work.

Now go back and do another 25 card spread.  Write down your percentage.  Was there a significant improvement in your ESP abilities?  Probably not as it is not something that is not developed overnight, but this was a fun little test for you to try and something you can continue to do.
There are many different video tracks available all over the internet.  If anything they can help you relax and can be great for reducing anxiety.  While the jury is still out as to if they really can help a person on a paranormal level, studies suggest that there is a benefit to a person's mental state by listening to isochronic tones and binaural beats.
Do you use isochronic tones or binaural beats?  What do you use them for and how do you think they can be used for paranormal research?

» What You Need To Know About BINAURAL BEATS And The POWER Of FREQUENCY
» Could binaural beats help us unlock our consciousness?
» The Tones and Symbols of Our Direction Forward! Pay Attention!!!
» Binaural Beats - Subliminal Journey (Best Ever, listen with headphone)
» BiNaural beats study music - improve memory and concentration