OUT OF MIND » THE INSANITY OF REALITY » GOVERNMENT & THE NEW WORLD ORDER » Sky News Bombshell: ‘Joe Biden Is Cognitively Compromised’ 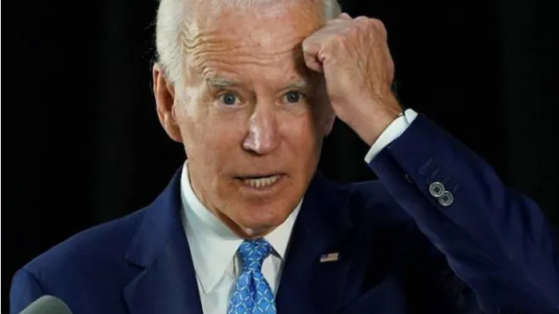 Source: Niamh Harris
A mainstream news host has come forward to blow the whistle on Joe Biden’s poor cognitive health, warning that POTUS is mentally unfit for the job while claiming that the media is “complicit” in covering it up.
Sky News host Cory Bernardi, a top Australian reporter, told viewers on Friday:
“It is clear Fraudulent U.S. President Joe Biden is not up to the task he has been sworn in to do.”
In his assessment of Biden’s performance in his first weeks in office, Bernardi warned:
“Never before has the leader of the Free World been so cognitively compromised.”
As Bernardi points out, this is not new information.

“The was apparent to many during the election campaign, but such was the hate for Donald Trump by the partisan and poisonous mainstream media, they chose not to highlight anything which may have derailed a Biden victory,” Bernardi said.
“Even now, after he has been sworn in, many of them are still refusing to speak the truth about Biden’s lack of capacity,” Bernardi said, adding that it was “telling” that Kamala Harris was tasked with making calls to foreign leaders.

Westernjournal.com reports: Biden “emerged to participate in a sanitized town hall being interviewed by the Biden-ista Anderson Cooper of CNN,” Bernardi said.
“Biden promptly gave away his teleprompter and the result was nothing short of a disaster,” he said.
Bernardi said that when not offending rural residents and residents of inner cities, Biden was letting China skate for its human rights abuses.
“I’m not here tonight to highlight the mental impairment of Joe Biden. It’s too easy. And it’s not his fault,” Bernardi said, noting that Biden’s fading mental capacity was well known to his supporters when Biden ran for office.

Instead, he lambasted “these excuses for journalists” who “cover up for Biden’s presidency,” as if they were running “a Biden protection racket.”
“It’s all rather pathetic, but even usually smart people are blinded by the nonsense put out by the mainstream media,” Bernardi said. “They believe every perceived sin of Donald Trump while they seem intent on canonizing St. Joe.”

OUT OF MIND » THE INSANITY OF REALITY » GOVERNMENT & THE NEW WORLD ORDER » Sky News Bombshell: ‘Joe Biden Is Cognitively Compromised’