Radio is dangerous, but not 5G? FCC greenlights rollout for 5G tech but reaffirms radio radiation

Radio is dangerous, but not 5G? FCC greenlights rollout for 5G tech but reaffirms radio radiation 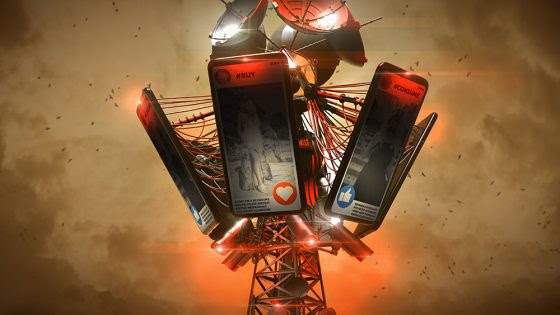 When the FCC announced that it would be reaffirming the same radio frequency radiation exposure limits that were put in place back in the 1990s, there was a lot of outrage. Putting aside the concerns that these limits were based on old research and were arguably set too high, the fact that they were kept in place at all would seem to be an acknowledgement that there is some danger in radio frequency radiation – an interesting stance from the same group that seems to have no problem with the 5G rollout.
The limits were set based on research from the 1980s using behavioral changes seen in rats that were exposed to microwave radiation. The aim was to protect people from the short-term risks of radiation exposure.
Needless to say, science has advanced significantly since the 1980s, and we are now far more aware of the dangerous effects of this radiation on human health – even exposure to much lower radiation levels – thanks to a large body of peer-reviewed research.
Another problematic aspect of the FCC’s exposure limits is the fact that they only limit the frequency, or intensity, of the carrier waves while ignoring other factors. For example, many scientists have expressed concerns that other characteristics of the signals, such as polarization and pulsing, raise the impacts of exposure and that new limits needed to be set that took these effects into account.
Of course, that would mean 5G plans would not be able to go forward, so it’s not surprising the FCC is not taking a more sensible approach. In fact, the head of the FCC at the time this decision came down, Ajit Pai, is a former telecom executive who worked for Verizon. The importance of 5G for the military was almost certainly a consideration as well.

A group of hundreds of scientists wrote a letter to the World Health Organization and the United Nations warning that there are “serious concerns regarding the ubiquitous and increasing exposure to EMF generated by electric and wireless devices.”

Their letter details how EMF affects a variety of living organisms at levels that are significantly lower than most of the guidelines set by countries around the world. The ramifications are serious: a raised risk of cancer, genetic damage, impaired sperm function, altered metabolism, reproductive system changes, neurological disorders, memory and learning deficits, and cellular stress are just a few of the health problem that have been linked to EMF.
One of the biggest problems with 5G technology is the fact that it depends on millimeter waves, which can penetrate human tissue by as much as 2 millimeters. It can actually be conducted by your sweat glands and absorbed by the surface of the cornea.
Millimeter waves can suppress immune function and cause excessive oxidative stress, leading to problems such as depression, autism and anxiety.
The most concerning aspect of all this is that people cannot opt out of 5G. Even if you choose not to buy a 5G-capable phone or turn the 5G setting off, millions of small cell devices are going to be installed everywhere because of the way the wavelengths operate. We are going to see wireless antennas on lamp posts, utility poles and buildings everywhere, and it’s going to be impossible to avoid.
While telecoms insist there are no studies showing 5G is dangerous in the long term, it is important to keep in mind that the technology is simply too new for us to have any sort of studies showing its effects over time. There are so many unknowns here, but if the problems that are now being linked to 2G, 3G and 4G are any indication, this insane 5G rollout could be devastating to human health.
Cassie B.
Sources for this article include:
HealthImpactNews.com
StrangeSounds.org