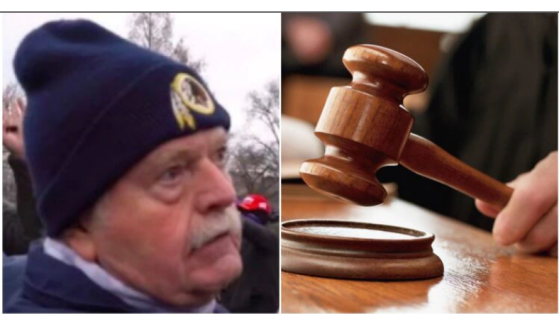 Source: Shane Trejo
A federal judge has ordered the release of a constitutional rights activist accused by prosecutors of masterminding a conspiracy to storm the U.S. Capitol on Jan. 6.
Thomas Caldwell, 65, is being placed in home confinement after Judge Amit Mehta rejected arguments from prosecutors that Caldwell was some sort of terror mastermind who posed a major flight risk. Mehta noted that Caldwell never actually entered the Capitol building himself when deciding to release him from jail.
“There is an absence of direct evidence, at least, of planning by Caldwell to enter the Capitol building,“ Mehta said during a Friday afternoon hearing over videoconference. “Ultimately, he did not enter the building. … Others did actually carry out the plan.”
The Justice Department is having a difficult time making their case with actual evidence showing that there was a coordinated plot among Trump supporters beforehand to overtake the Capitol. This case is crucial for providing the basis to keep the Capitol locked down and using the war on terror to target Christian patriots.
“Those factors still exist for them,” said assistant U.S. Attorney Kathryn Rakoczy during the proceeding, “that the current political order is something that is problematic and should not be followed.”
The feds under President Joe Biden want to make it so that every individual who dissents to illicit government activity using their 1st Amendment rights is treated as a terrorist threat.
Big League Politics has reported on how the feds and their fake news media partners have lied repeatedly about what happened on Jan. 6 as part of an attempted usurpation of authority outside of the bounds of the Constitution:
“Left-wing journalist Glenn Greenwald is exposing the lies made up by the fake news media to justify an unconstitutional crackdown on their Republican opposition after the Jan. 6 mostly-peaceful protest in Washington D.C.
Greenwald published an article on his Substack on Tuesday exposing falsehoods that have been deliberately spread on corporate platforms to gin up fear and create new Draconian restrictions against civil liberties.
“Condemning that riot does not allow, let alone require, echoing false claims in order to render the event more menacing and serious than it actually was. There is no circumstance or motive that justifies the dissemination of false claims by journalists. The more consequential the event, the less justified, and more harmful, serial journalistic falsehoods are,” Greenwald stated.
He exposed how law enforcement officer Brian Sicknick was not killed by Capitol protesters. Even though Sicknick died of other complications, that has not stopped disingenuous Democrats and their media allies from claiming otherwise.
“Despite this alleged brutal murder taking place in one of the most surveilled buildings on the planet, filled that day with hundreds of cellphones taping the events, nobody saw video of it. No photographs depicted it. To this day, no autopsy report has been released. No details from any official source have been provided,” he wrote.“
Ironically, the feds’ own behavior proves the underlying positions of the Oath Keepers to be correct. The feds are rapidly losing legitimacy, and they only have their own actions to blame for being so reviled among the American public.