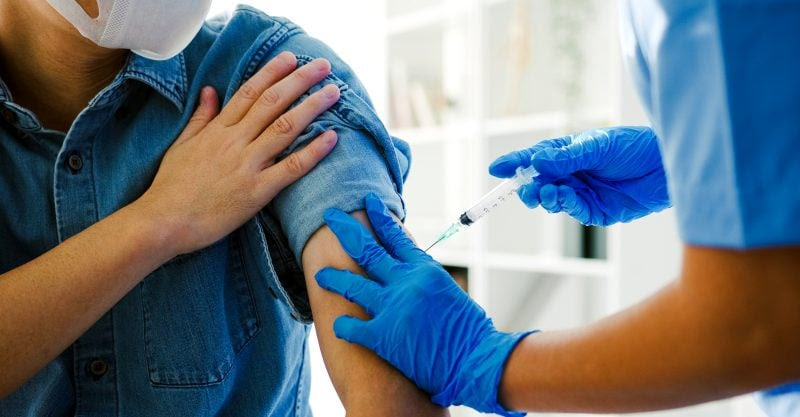 Scientists warn vaccinating people who already COVID could potentially cause harm, or even death.
Since the first COVID-19 vaccine received Emergency Use Authorization in the U.S., some physicians and scientists have challenged the recommendation by U.S. health agencies that people who have already had COVID and as a result acquired natural immunity still get the vaccine.
Some experts say the science to support vaccinating those primed with COVID doesn’t exist and there’s a potential risk of harm, including death, in vaccinating those who’ve already had the disease or were recently infected.
In December 2020, the Centers for Disease Control and Prevention (CDC) Advisory Committee on Immunization Practices issued a report authored by 15 scientists that falsely claimed a Pfizer study proved the vaccine was highly effective or showed “Consistent high efficacy” for people who’d already had coronavirus — “SARS-CoV 2.”
Ask Congress to Investigate COVID Origins – Take Action
Award-winning scientist and Congressman Thomas Massie (R-Ky.) called out the CDC when he found that vaccine studies showed no benefit to people who had coronavirus and that getting vaccinated didn’t change their odds of getting reinfected.
The CDC claimed “the COVID vaccine would save your life or save you from suffering, even if you’ve already had the virus and recovered, which has not been demonstrated in either the Pfizer or Moderna trials,” Massie said in an interview with Full Measure.
Massie contacted officials at the CDC about the misinformation. They acknowledged it was false, but instead of correcting it, tried to rephrase their mistake. Massie and other scientists said the new wording still wrongly implies vaccines work in people who previously had COVID.
“And instead of fixing it, they proposed repeating it and just phrasing their mistake differently. So, at that point, right now I consider it a lie. I think the CDC is lying about the efficacy of the vaccine based on the Pfizer trials, for those who have already had the coronavirus,” Massie said.
The CDC recommends people get vaccinated even if they’ve already had COVID, as experts do not know how long “you are protected from getting sick again after recovering from COVID, and it is possible — although rare — that you could be infected with the virus that causes COVID again.”
On Feb. 23, Francis Collins, director of the National Institutes of Health (NIH), published a blog post stating that people who’ve had COVID still needed the vaccine, while referencing a study that suggested they didn’t.
Citing a pre-print published on medRxiv, Collins wrote that the immune response to the first vaccine dose in a person who’s already had COVID is equal to, or in some cases better, than the response to the second dose in a person who hasn’t had COVID. He said the “results raise the possibility that one dose might be enough for someone who’s been infected with SARS-CoV-2 and already generated antibodies against the virus.”
Yet, Collins made the case that people who have already had COVID would have a robust antibody response when later exposed to the virus — whether that’s through natural exposure or via the spike protein from a COVID vaccine.
To better understand immune memory of SARS-CoV-2, researchers led by Drs. Daniela Weiskopf, Alessandro Sette and Shane Crotty from the La Jolla Institute for Immunology analyzed immune cells and antibodies from nearly 200 people who had been exposed to COVID and recovered.
The results, published in Science, showed the immune systems of more than 95% of people who recovered from COVID had durable memories of the virus up to eight months after infection. Previous studies showed that natural infection induced a strong response, but this study showed that response lasted, Weiskoph said.
Another study in Nature assessed the lasting immunogenic effect of T-cell reactivity to SARS and SARS-2. Data showed that natural immunity was very robust — and likely more robust than any immunity derived from a vaccine.