OUT OF MIND » THE INSANITY OF REALITY » GOVERNMENTS & THE NEW WORLD ORDER » REPORT: Amnesty Expected to Overwhelm Social Security and Medicare 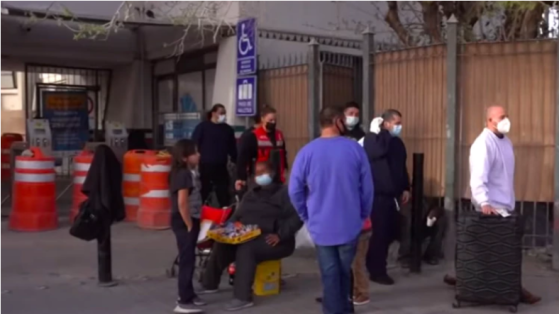 Source: Jose Nino
The Democrat Party’s current mass amnesty fantasies will not come cheaply.
According to Jason Richwine, a resident scholar for the Center for Immigration Studies, legalizing the 11 to 22 million illegal aliens residing in the United States will create an enormous fiscal burden.
Richwine initially noted that “illegal immigrants are net contributors to Social Security and Medicare,” according to the current law. However, upon receiving amnesty, Richwine observed that “amnesty would transform illegal immigrants from net contributors into net beneficiaries, imposing steep costs on the Social Security and Medicare trust funds.”
The CIS resident scholar highlighted several of the costs:

Richwine explained why amnesty would place huge stress on Medicare and Social Security:

First, both programs have a progressive benefit structure, meaning that lower-income participants receive more benefits relative to their contributions compared to high earners. In the case of Social Security, participants contribute the same 12.4 percent tax on all earnings up to the maximum taxable salary, but their benefits increase at a slower rate as their earnings increase. Medicare is even more progressive because it hardly depends on earnings at all. Once participants have worked for 10 years at a minimal earnings level, they become eligible for the same benefits as high-earning, full-career workers. Because illegal immigrants tend to have lower earnings and work fewer years in the U.S. than the average Social Security and Medicare participant, as a group they will benefit from these programs’ progressive benefit structures — if, that is, they become eligible through amnesty.

The CIS scholar further cautioned why amnesty would collapse both legacy entitlement programs:

Richwine’s entire findings can be found here.
Mass migration comes with massive financial burdens, along with political and social costs. If Democrats’ current mass amnesty policies get enacted, America’s political system could be radically transformed in an irreversible manner, based on the voting habits of the majority of migrant groups. Not to mention, such a large influx of migrants will generate economic strife based on simple labor economics, wherein an expanded pool of low-wage labor will lead to depressed wages for those Americans who can least afford the hit.
Republicans must hold the line and do everything in their power to stop amnesty in its tracks.

OUT OF MIND » THE INSANITY OF REALITY » GOVERNMENTS & THE NEW WORLD ORDER » REPORT: Amnesty Expected to Overwhelm Social Security and Medicare