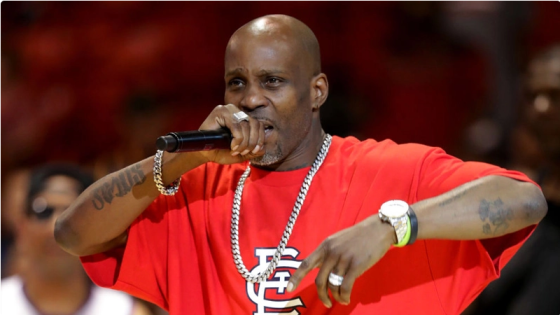 Source: Adan Salazar
Iconic rapper DMX allegedly received a Covid-19 vaccine prior to suffering a heart attack that led to his death, reports claim.
On Friday, DMX, AKA Earl Simmons, died after spending almost a week in the ICU on life support in critical condition.
According to TMZ, a source claimed Simmons, who was previously known to have a drug problem, suffered a heart attack that left him in a “vegetative state” after overdosing at his home.
One day ahead of Simmons’ death, black entertainment site MediaTakeOut News published exclusive comments citing one of X’s alleged family members.

The anonymous family member said X decided to take the vaccine after Gov. Andrew Cuomo (D-NY) made it available to people age 50 and older.
DMX’s family member told MTO News, “[DMX] got the vaccine when they opened it up to people over 50. He got it so that he could go travel and perform, stuff like that.”

The female family member also revealed the family is taking issue with reports claiming the rapper overdosed, and said they are considering legal action against certain publications.
More from MTO News:
And the family member suspects that DMX heart attack could have been a reaction to the vaccine. The family member explained, “Everyone [in the news] keeps saying that [DMX] had a drug overdose. How do they know. I’m in the family and no doctor told me anything about an overdose.”
She told MTO News that she – and the family – are considering taking legal action against news publications prematurely concluding that DMX suffered a drug overdose.
“He took that vaccine, and he had a heart attack. I’m not saying the vaccine did it, but he never had a heart attack before,” the family member insists.
As for the veracity of the claims, even the cat lady news detectives over at the leftist fact-check site Snopes were unable to disprove the report despite their best efforts, marking the claims “Unproven” while attacking MOT News‘ credibility.

A report from last December identified a 75-year-old Israeli man who suffered a heart attack and died hours after receiving the Pfizer-BioNTech Covid-19 vaccine.
IsraelNationalNews.com in January also reported the death of 67-year-old Eddie Avitan, who died after receiving his second vaccine dose.
“His friends said he felt unwell after receiving vaccine and went to hospital,” the report claims. “After release he passed away, apparently from heart attack.”

» Rapper Coolio Dies From Massive Heart Attack – Doctors Baffled ... of course they are
» Tragic: 38yo Athlete Dies after Suffering Heart Attack During Swim Portion at Ironman 70.3 Pucon
» Sign at Virginia Pediatrics Office to Student-Athletes: “COVID Vaccination Affects Your Heart – If You Received Doses of Any COVID Shot” We Will Not Clear You “Without Lab Work”
» The New Normal: Investigation Launched After Three-Year-Old Girl Dies From Heart Attack One Day After Receiving COVID-19 Injection
» New Normal: Former Malaysian Professional Football Player Dies of Heart Attack 5 Days After Receiving COVID-19 Booster Shot