Law of War: The Storm (Super-Proof) 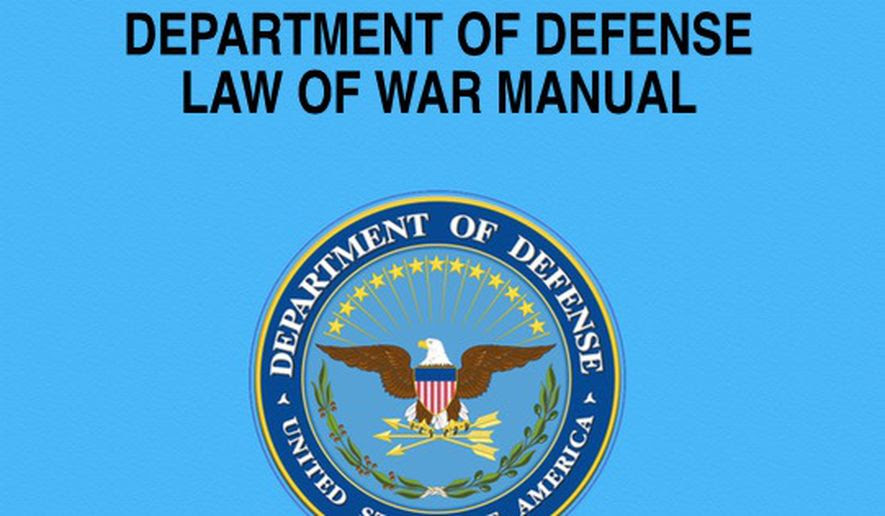 
I’d never heard of the Majic Eyes Only channel before a longtime subscriber sent me this video late on Sunday night.
Mind blown!
Majic Eyes Only has done a deep dig into the recurring direct correspondences between the Q post numbers and the numbers associated with various laws in the [url=https://dod.defense.gov/Portals/1/Documents/pubs/DoD Law of War Manual - June 2015 Updated Dec]US Department of Defense Law of War Manual[/url]. There are also direct correspondences between Q post numbers and page numbers in the same manual. There are dozens of such correspondences identified so far and the findings of this dig appears to be both the ultimate Q proof and a major decoding key by which one can understand everything that’s happening. It’s probably what Q meant by “You have more than you know”.
As Majic Eyes Only says, “This one single video, this one single proof, this is more than the whole of Q research by everyone in the whole world in the last 3-4 years and I don’t think that’s an exaggeration. This is it. This is like I just hit the jackpot and won the lottery or something like that. It just happened to be me…I was screaming in front of my computer because of what I was finding.
“Q was saying China was going to release a virus several years before it was going to happen and that they were going to steal the election and the Q team was going to let them do it just so that the military could take back control of the government and then conduct military tribunals. Oh, man! Years before it happened!
“Not only did the Q team know that, because the NSA has all surveillance but they actually communicated it in the drops to us. It’s like this revolutionary understanding…I’m still in shock.
“I wouldn’t consider myself an autist but according to this proof that I made, I probably am!”
Majic Eyes Only explains, “The trap was Trump running for a second presidential term but not changing the broken, corrupt and rigged election system, thus giving a chance for foreign powers to steal the 2020 Election by force, which China did, indeed do by releasing a biological WMD in the form of a virus to engineer societal lockdowns and flood the election with fake paper ballots in favor of Biden and overcoming Trump’s strong voting base.
“When we mirror Q’s posts into the Law of War document, we find hard proof that the Q team not only knew in advance that all of this was going to happen but actually secretly COMMUNICATED all of this information to us through the drops themselves, with PLAUSIBLE DENIABILITY, when mirrored into the Law of War Manual. The main correspondence I have found of these types are:
– Q posts 1100-1123 = Chapter 11 to 11.23 in the Law of War
– Q posts 1800-1823 = Chapter 18 to 18.23 in the Law of War
– Corresponding Q posts (various) = corresponding page numbers (various) in the Law.”
Majic Eyes Only continues, “China will be held accountable for their war crimes. The virus will be used as a means of linking to other, more hidden crimes by the Cabal and others (only in the beginning). All the crimes against Trump, such as Treason, etc. will be prosecuted by the Military. The Military will conduct both military arrests (military tribunals) as well as the federal arrests (the unsealing of the sealed indictments).
“The foreign occupation of DC by China gives the Military the legal premise to take control of the government, which was always their goal. They created a deception about Trump in order to accomplish this objective of theirs. When the US Military removes the Biden administration from power and takes over the government, this will fulfill the 11.3 marker, which is the ‘End of Occupation’ (Chapter 11.3 in the Law of War)…
“TRUST THE PLAN…Where We Go One, We Go All. WWG1WGA!”