The CDC and FDA called for a temporary but immediate halt to the use of J&J’s COVID vaccine while they investigate at least six cases of potentially dangerous blood clots in people who received the vaccine.
By
Children's Health Defense Team 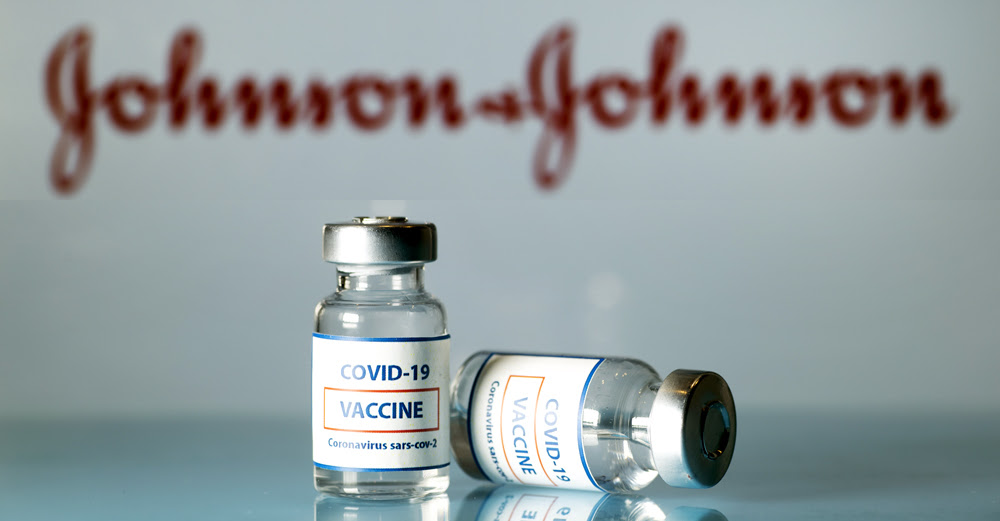 Federal agencies today said they will stop using the single-shot Johnson & Johnson (J&J) COVID vaccine at mass vaccination sites while they investigate the vaccine’s possible link to potentially dangerous blood clots. States and other providers also are expected to pause vaccinations.
In a joint statement from the Centers for Disease Control and Prevention (CDC) and U.S. Food and Drug Administration (FDA), the agencies said they are investigating six cases of blood clots in the U.S. All six occurred in women between the ages of 18 and 48, and symptoms occurred six to 13 days after vaccination.
One woman died and a second woman in Nebraska was hospitalized and is in critical condition, The New York Times reported.
The CDC will convene a meeting of the Advisory Committee on Immunization Practices Wednesday to further review the cases and assess their potential significance. The FDA will review that analysis, according to the joint statement.
The agencies said that until “that process is complete, we are recommending a pause in the use of this vaccine out of an abundance of caution.”
In addition to advising healthcare workers to report any adverse reactions to the Vaccine Adverse Event Reporting System, the agencies recommended people who have received the J&J vaccine and develop severe headache, abdominal pain, leg pain or shortness of breath within three weeks after vaccination should contact their healthcare provider.
Blood clots have also been linked to AstraZeneca’s COVID vaccine, which has not yet been approved in the U.S.
EU regulators on April 7 said they identified a “possible link” between AstraZeneca’s vaccine and blood clots, but said the benefits of the vaccine outweighed the risks. At the time, the European Medicines Agency said it was also investigating several reports of blood clots in recipients of the J&J vaccine.
On Monday, the FDA confirmed it is investigating blood clots in people who received the J&J vaccine.
The AstraZeneca and J&J vaccines use similar, though not identical, technologies involving a modified adenovirus vector, while the Moderna and Pfizer vaccines use mRNA technology.
The FDA issued an Emergency Use Authorization for the J&J vaccine on Feb. 28. The company committed to delivering 20 million doses of the vaccine to the U.S. government by the end of March, but later had to extend the deadline and roll back the number of doses.
As The Defender reported Monday, J&J’s rollout in the U.S. has been anything but smooth. Last week, J&J vaccine sites in four states had to shut down after reports of adverse reactions. News reports did not disclose the nature of the reactions that, in some cases, resulted in vaccine recipients having to be hospitalized.
There have also been recent reports of COVID breakthrough cases in people who received the vaccine, marketed under its subsidiary, Janssen.
At the beginning of the month, the vaccine maker had to throw out 15 million doses of its vaccine after they were contaminated with AstraZeneca vaccine ingredients at an unapproved manufacturing plant in Baltimore. The setback contributed to last week’s announcement that the company won’t be able to deliver on its promise of 24 million additional doses of its one-shot vaccine by the end of April.
On Monday, the company faced backlash from investors after its CEO was awarded a 17% pay raise while billions are being paid out for the company’s role in the nation’s opioid epidemic.
Last month, The Defender reported on J&J’s long history of civil and criminal lawsuits, resulting the company having to pay billions in fines to settle lawsuits, including some involving product recalls.