OUT OF MIND » THE INSANITY OF REALITY » ILLUMINATI AGENDA & WORLD DOMINATION » People Scoff About Adrenochrome but....

People Scoff About Adrenochrome but....

by JD Heyes
It’s something straight out of a science fiction movie, and a bad one at that, but it’s absolutely true: 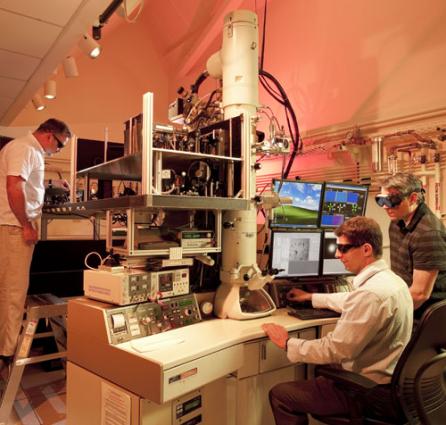 Big Tech oligarchs in the U.S. and abroad are pouring billions into research that will enable them to live and govern eternally by literally discovering the once-fictional “fountain of youth,” even if they have to harvest the blood of the young to achieve it.
In fact, the elite aren’t even hiding what they’re trying to do: No less than Newsweek recently published an expose regarding this ghoulish research.
“The Spanish firm Grifols helped set off a kerfuffle last year when it, along with other firms, offered nearly double the going price for blood donations for a COVID-19 treatment trial,” the magazine reported.
“Brigham Young University in Idaho had to threaten some enterprising students with suspension to keep them from intentionally trying to contract COVID-19.
“The trial failed, however, and now the Barcelona-based firm is hoping to extract something far more valuable from the plasma of young volunteers: a set of microscopic molecules that could reverse the process of aging itself.”
Grifols closed a $146 million deal earlier this year to purchase Alkahest, a firm launched by Tony Wyss-Coray, a Stanford University neuroscientist, who, with Saul Villeda, disclosed in research papers published in 2011 and 2014 that blood from young mice could help restore functionality of the brains of aged mice.
The discovery then led to a new field of study called geroscience which “seeks to understand molecular and cellular mechanisms that make aging a major risk factor and driver of common chronic conditions and diseases of older adulthood,” the National Institutes of Health said.
Over the past six years, Alkahest has found more than 8,000 proteins in blood that show some potential in terms of slowing or reversing signs of aging.
“Its efforts and those of Grifols have resulted in at least six phase 2 trials completed or underway to treat a wide range of age-related diseases, including Alzheimer’s and Parkinson’s,” Newsweek reported.
You can already see where this is headed: The objective, of course, is to use the blood of the young to help unlock the secrets of aging so that the process can be arrested and even reversed. What’s more, Newsweek is blatant and open about the objective of these companies and their research.
“Their goal is to hack the process of aging itself and, in the process, delay or stave off the onset of many of the diseases most associated with growing old,” the magazine reports.
But here’s the thing: How expensive will this process be? Will only the super-wealthy, the top couple of percent of earners, be able to afford it? Will it remain classified if the researchers unlock the secret because of the tens of billions of dollars generated each year by the healthcare and cosmetic industries to ‘keep looking young’ and treat age-related illnesses?
And finally: Will this treatment only be available to those who are in power?
The answers to those questions and others are vital because, apparently, researchers are on the cusp of discoveries.
Previously, “people working on diseases did not think that aging was modifiable,” Felipe Sierra, a now-retired director of the Division of Aging Biology at the National Institute on Aging, told Newsweek.
“That is actually what many medical books say: The main risk factor for cardiovascular disease is aging, but we cannot change aging so let’s talk about cholesterol and obesity.
“For Alzheimer’s, aging is the main risk factor — but let’s talk about the buildup in the brain of beta-amyloid proteins. Now that is beginning to change.”
Before the COVID-19 pandemic, investors were putting up billions to fund these biotech firms. And now, the payoff is close.
“You have no idea how many people are interested to investing money in longevity,” Nir Barzilai, founding director of the Institute for Aging Research at Albert Einstein College of Medicine of Yeshiva University, as well as the founder of one of the biotech firms, told Newsweek.
“There are billions of dollars.”

OUT OF MIND » THE INSANITY OF REALITY » ILLUMINATI AGENDA & WORLD DOMINATION » People Scoff About Adrenochrome but....