OUT OF MIND » CONSPIRACY THEORIES & ENDURING MYSTERIES » CONSPIRACY & FALSE FLAG EVENTS: PAST & PRESENT » ‘Be Careful Because Some Things That Are Termed A Conspiracy Are True’ – Edward Snowden 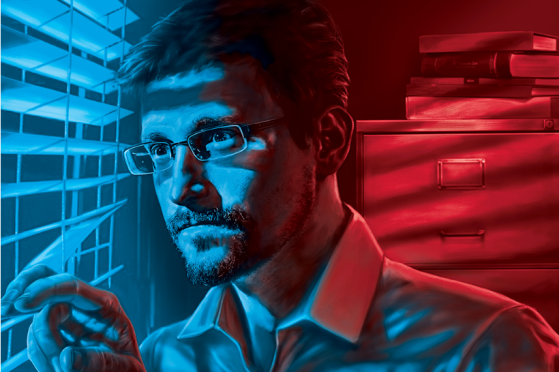 (Join us on Telegram here) Russell Brand recently conducted an interview with NSA whistleblower Edward Snowden and released the first part of it. In the interview, Snowden mentions something that’s been true for a number of decades, and that’s the fact that some things, and in my opinion many things, that are termed a conspiracy theory are in fact true. We have to be careful and really utilize our critical thinking skills. You can watch the full interview below.
The very phrase “conspiracy theorist” was used in 1967 in a [url=https://ia801007.us.archive.org/3/items/CIADOC1035960/CIA DOC 1035-960.pdf]classified CIA dispatch[/url] providing instructions on how to manipulate and manage public opinion. This appears to be the manner in which the phrase made its way into the public. They coined the phrase and established it to single out dissenters of officially established opinions. The document was put out as a result of the JFK assassination when many concerns were being raised, concerns that, regardless of how much consideration was warranted based on certain evidence at the time, was ridiculed.
-->Free e-book - Eat to Defeat Cancer : Are you eating any of the foods that fuel cancer... or the foods that help PREVENT it? Get the TRUTH, and discover the top 10 Cancer-Fighting Superfoods Click here to get the free ebook.
Ridiculing something, regardless of how much evidence it holds, has been commonplace, especially today. This is a “psychological warfare” tool, and it’s quite rampant. A declassified document from the CIA archives in the form of a letter from a CIA task force addressed to the Director of the Central Intelligence Agency at the time details the close relationship that existed between the CIA and mainstream media and academia. Imagine what it’s like today. The document states that the CIA task force “now has relationships with reporters from every major wire service, newspaper, news weekly, and television network in the nation,” and that “this has helped us turn some ‘intelligence failure’ stories into ‘intelligence success’ stories, and has contributed to the accuracy of countless others.” Furthermore, it explains how the agency has “persuaded reporters to postpone, change, hold, or even scrap stories that could have adversely affected national security interests or jeopardized sources and methods.”
National security today, in my opinion, has become an umbrella term to justify measures taken, as well as the secrecy around them, implemented under the guise of good will to keep information secret and to ridicule anything that threatens certain government, corporate, and/or political agendas. This is why people like Julian Assange, I believe, are muzzled and put in prison. They are modern day heroes. Today, information is a threat, especially information exposing unethical and immoral actions taken by governments.
One of the best examples of previous conspiracies that turned out to be true may be mass surveillance, as leaked by Snowden and others before him. The most recent example would be the existence of UFOs, another great example would be false flag terrorism. There are many, and this type of psychological warfare and the desire to manipulate the consciousness of human beings, which may also be considered a “conspiracy theory”, is again, ongoing.
https://youtu.be/e0zAJfbP3gg
The Takeaway: The good news is that people are “waking up” to this type of consciousness manipulation I mention above. Just like 9/11, the COVID pandemic has truly served as a catalyst for more people to question the human experience and why we live the way we do. When it comes to the pandemic specifically, people are extremely polarized in their views, and government measures that roll out and will roll out in the future restricting people’s rights and freedoms they previously enjoyed are heavily opposed by a large portion of the population. This begs the question, why do we give these entities so much power to restrict certain rights and freedoms that we enjoy, especially when things are not as black and white as mainstream media and government makes them out to be. Shouldn’t freedom of choice always remain, while government makes recommendations instead of mandates?
As far as views that oppose what we are getting from the mainstream, the pandemic is a great example of labelling and ridiculing something as a “conspiracy theory” when many people are seeing that it’s not. Doctors and renowned scientists in the field have even been subjected to this type of treatment. At the end of the day, this type of treatment simply forces more and more people to ask, what’s really going on here? Why are experts in the field being silenced for presenting opinions, data and science that opposes what the masses are being told?
Mainstream media and governments are failing to have appropriate conversations around “controversial” issues. People who disagree with each other these days seem to be experiencing the same thing, as many of us have become extremely polarized in our viewpoints. It’s ok to believe something, and stand on one side, but what’s even more important than being “right” or “wrong” is to understand why someone feels the way they do, and why someone believes what they believe. Human beings are intelligent, we are all capable of thinking and examining information and just because somebody disagrees with you does not mean they are stupid. We really need to respect and understand each other, especially in this day and age.
At CE we’ve made many efforts over the years to help improve collective communication, one of the latest is the release of a coursed in our CETV membership called ‘Overcoming Bias & Improving Critical Thinking’ It’s a course that truly can benefit everyone, even those who feel they already think critically very well. You can learn more here.
https://www.collective-evolution.com/2021/04/19/be-careful-because-some-things-that-are-termed-a-conspiracy-are-true-edward-snowden/
Thanks to: https://www.collective-evolution.com

OUT OF MIND » CONSPIRACY THEORIES & ENDURING MYSTERIES » CONSPIRACY & FALSE FLAG EVENTS: PAST & PRESENT » ‘Be Careful Because Some Things That Are Termed A Conspiracy Are True’ – Edward Snowden