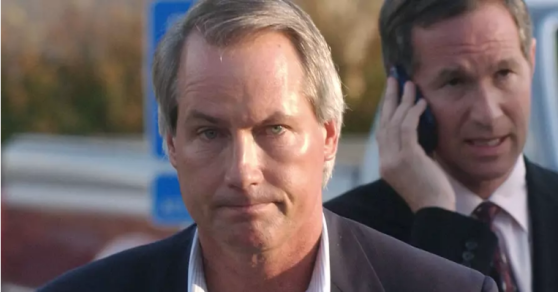 Source: Michael Foust | ChristianHeadlines.com Contributor
An Oklahoma Christian college hosted a conference over the weekend that featured a well-known attorney promoting QAnon conspiracies, as hundreds of attendees cheered.
Lin Wood, a former attorney for President Trump, made the allegations at the Health and Freedom Conference, which was hosted by Rhema Bible Training College and [url=https://www.thrivetimeshow.com/april-conference-itinerary/?utm_campaign=heathfreedom conference&utm_]held[/url] at Rhema Bible Church in Broken Arrow, Okla. The college and church are located on the same property.
Businessman and podcaster Clay Clark organized it.
QAnon is a debunked conspiracy theory that alleges well-known politicians and Hollywood figures are worshipping Satan and are running a child sex trafficking ring. The QAnon theory wrongly said President Trump would be inaugurated again on Jan. 20, and when that proved wrong, said he would re-take power on March 20. In 2016, a supporter of QAnon fired a weapon inside a Washington D.C. pizza restaurant, falsely believing it was a front for a child sex trafficking ring. The conspiracy was dubbed “pizzagate.”
Wood said Presidents Biden, Bush, Clinton and Obama all are involved in the trafficking ring. He also implied Chief Justice John Roberts and former Vice President Mike Pence are involved in it.

Lin Wood stating Q is the truth and that the Clintons, the Obamas, the Bidens, and the Bushes are all involved in sex trafficking. 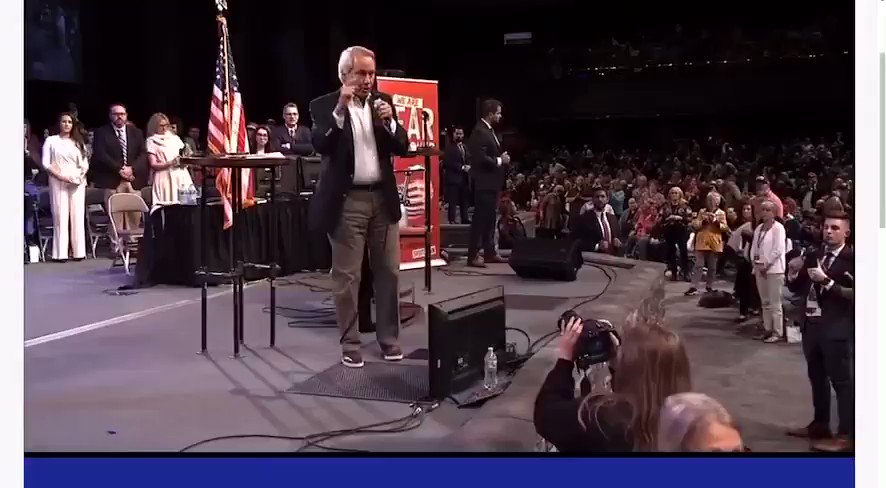 He was the conference’s final speaker. Other speakers included Mike Lindell, Michael Flynn and Sidney Powell.
“Do your research. … Study the statistics about child sex trafficking and the number of children that are missing every year in this country and the world,” Wood said. “… Q does not like the Illuminati. Q does not like satanic worship. Do your homework, draw your own conclusions and then stand up for the children. Take the fire and the fearlessness of God almighty and save the little children. That’s your job. That’s my job. That’s God’s will for this country.”
At one point in his speech, he made “Qs” in the air as attendees cheered. Wood said the “Qs” were for Newsweek, which has run stories critical of his beliefs.
“They’ve accused me of being a QAnon conspiracy theorist. Why? Because they are telling you that I am a bad messenger. They’re trying to attack me because they can’t attack Q, because Q is the truth. This is about the children, for God’s sakes.
“Send this videotape – send it to Hollywood. Hey Clay [Clark], send it to the House of Windsor. Hey Clay, send it to Bill Gates. Send it to the d— Illuminati. Let them hear the truth. And whatever they do to me, I don’t fear them at all. Send it to the Vatican. Send it to the politicians, the Clintons, the Obamas, the Bidens, the Bushes – send it to those people because they are involved in sex trafficking. It’s time to tell the truth to America,” he said as hundreds stood to their feet and cheered.
“… Every law will be revealed. They are killing our children. Send them to jail. Put them in front of the firing squad. They are committing acts against humanity. The penalty for an act against humanity is death.”
Earlier, Wood said “hundreds of thousands of children are gone every year in this country [and] around the world, millions.”
“If we’re going to save our children, we’re going to have to face it, and acknowledge that this is the battle between good and evil, and they’re killing our children. Because they’re worshipping the devil. And that’s going to end. … There’s gonna be a revival in America. There’s a revival at Rhema Bible College tonight. Today, you can feel it in the air.”
Data, though, does not back up Wood’s claim about missing children.
Organizations that track missing children say the overwhelming majority of missing children are found. Although there were 365,348 entries for missing children in the FBI’s system in 2020, 99.8 percent “of the children who go missing do come home,” according to the Polly Klaas Foundation. Significantly, the 365,348 figure represents “reports” of missing children – meaning that if one child runs away five times, each instance is included in the data.
Only about 100 of the 365,348 are “stereotypical stranger abductions you hear about in the news,” the organization said.
Ernie Allen, president of the National Center for Missing & Exploited Children, told Reuters that technological advances have allowed most children to be returned home. “More than 99 percent of children reported missing in America in recent years have come home alive,” Allen said, echoing the data from other organizations.
Wood also claimed Trump won and remains president.
“Donald J. Trump is still the president of the United States of America,” Wood said. “He is your president. He is the president of the people. You cannot take away our president.”
The event received plenty of criticism on social media. One person tweeted that his heart “broke” knowing that a “leading Pentecostal/Charismatic college” was hosting “some of the absolute worst of QAnon Conspiracy Theorists, anti-vaxxers, COVID deniers, January 6 Insurrection supporters.”
“I am shocked and sickened by what I’ve seen from these speakers. Delusion,” he tweeted.

Another person wrote, “I just don’t understand. I’m totally flummoxed by Christians anymore. I don’t think we are following the same God at all.”

Still another person wrote, “I’m beginning to believe that the present-day evangelical church would make the church at Laodicea look like they were in the midst of red hot revival.”