We are being bullied into this experiment.’ 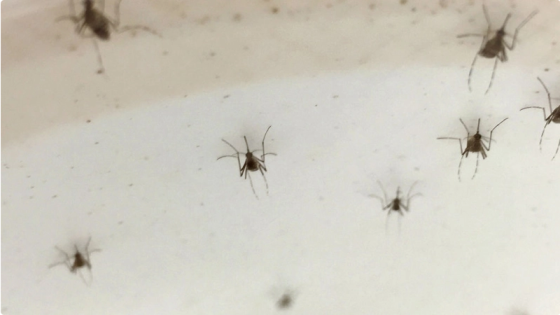 Source: Nworeport
Residents of the Florida Keys are apprehensive over the upcoming release of billions of genetically modified mosquitos.
Over the next dozen weeks, Oxitec is releasing male mosquitos containing modified DNA meant to sterilize female Aedes aegypti mosquitos, known for spreading various illnesses among humans.
“The theory is that the more the gene-hacked mosquitos and their descendants reproduce, the fewer biting female mosquitos there will be in the area,” explains Futurism.
However, according to residents of Islamorada, Oxitec with the approval of the Florida Keys Mosquito Control Board is sending field technicians out to install breeding units at residents’ homes, despite providing no evidence the project will work, or that it won’t create genetically-altered hybrid mosquitos.
The residents say they’re left feeling like guinea pigs in a massive first-of-a-kind experiment.
“I find this criminal, that we are being bullied into this experiment,” one Islamorada resident reportedly stated at a town hall last March. “I find it criminal that we are being subjected to this terrorism by our own Florida Keys Mosquito Control Board.”
“We have everything to risk, nothing to gain, and it’s all for Oxitec’s bottom line.’
The program manager of environmental activist group Friends Of The Earth also commented residents need more information before being subjected to the experimental release.
“This is a dark moment in history. The EPA must halt this live experiment immediately,” Perls stated.
“The release of genetically engineered mosquitos puts Floridians, the environment, and endangered species at risk in the midst of a pandemic.”
“For the community members who are going to be on the front lines of one of the first mass GMO insect releases in the United States, this is not a field trial,” Perls told Futurism. “This is a matter of health, of safety, and of the environment.”
For decades, Alex Jones has also been warning about the dangers of releasing GMO insects into the general population.