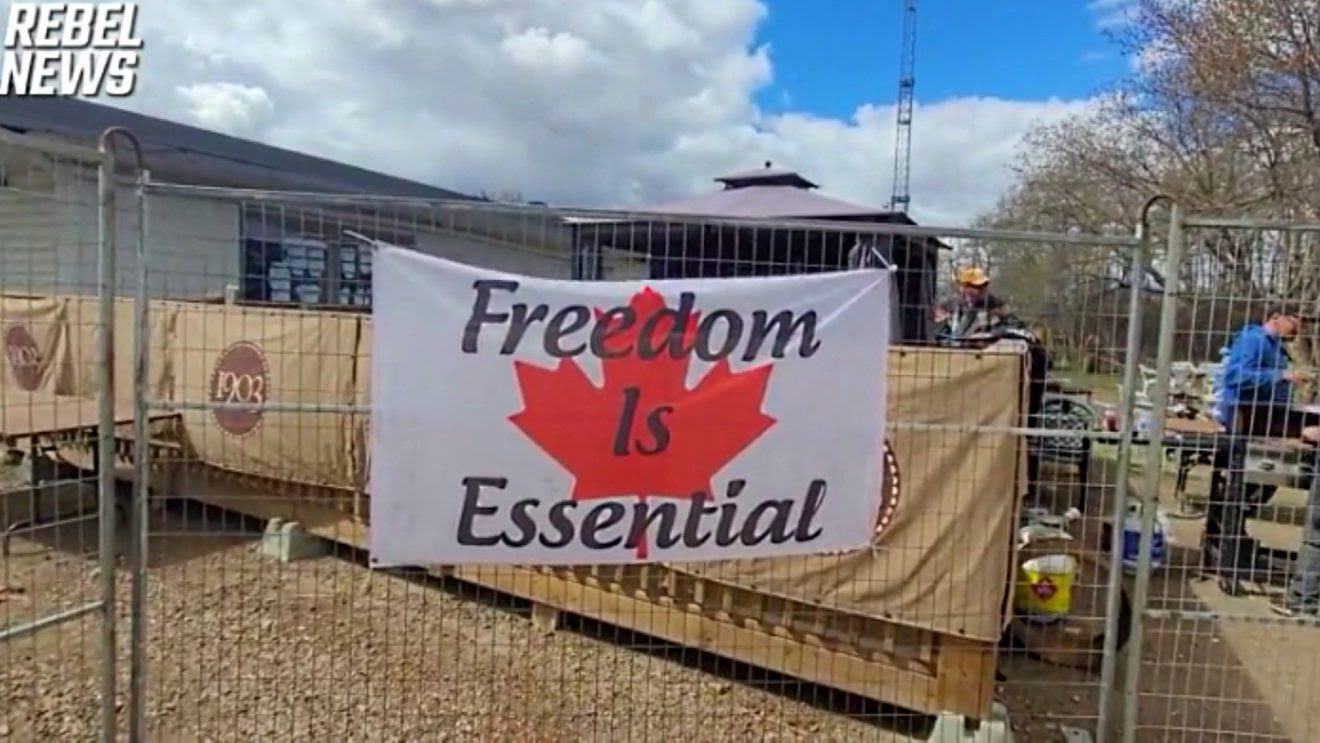 On Wednesday, at 6:30 in the morning, close to a dozen RCMP officers and Alberta Health Services officials moved in to seize the Whistle Stop Cafe.
The renegade small town diner in Mirror, Alberta is owned by Chris Scott, and he’s been defying the lockdown restrictions on restaurants since January. He’s one of Rebel News‘ highest profile Fight the Fines clients, because his intense staring contest with the government very nearly culminated with Chris going to jail for contempt of court.
However, the government blinked and allowed Alberta restaurants to reopen for dine-in service in February.
But now the restrictions on dining service are back. Even patios are closed in this fourth lockdown and Chris is having none of it. The government has already pulled his health permits and his liquor license and confiscated his booze.
But Chris continued to flip burgers and serve happy customers inside his little restaurant.
That all changed Wednesday morning, when the chains went up on the doors at Chris’s restaurant at the request of the Alberta government. But it’s not just the restaurant that’s closed to the public. The government has also closed the Whistle Stop convenience store, gas station and the campsite, cutting off this small town of 500 from gas and general supplies, with the nearest convenience store approximately 20 kilometres away.
I went out to the Whistle Stop to find out what Chris plans to do next. He was still flipping burgers and serving customers, but he was doing it outside in the yard, a place he calls the Whistle Stop Freedom Park. He’s got big plans for a huge protest on the weekend and his Fight The Fines lawyer Chad Williamson is working hard on a strategy to hit back at the government.
The Alberta government might have chained up Chris’s doors, but they are not going to be able to chain up his fighting spirit.
If you’d like to help Chris and the over 1,000 people Rebel News is helping to fight their lockdown tickets in court at no cost to them, please donate at www.FightTheFines.com. Your donations there now qualify for a charitable tax receipt through a registered Canadian charity, The Democracy Fund.