Forty-one years after the Supreme Court decision our federal and provincial governments are engaged in a program of administering to the entire Canadian population above the age of 12, a completely new, untried, experimental, non-FDA approved, gene therapy treatment. This therapy, according to US and European government adverse vaccine reaction databases, is reasonably suspected of having killed thousands of people, and created serious injury in tens of thousands. Meanwhile, the long-term consequences of the therapy are simply unknown. 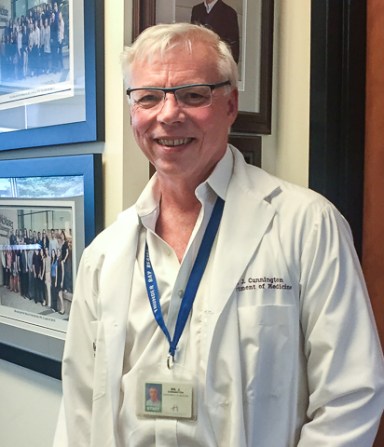 All Global Research articles can be read in 51 languages by activating the “Translate Website” drop down menu on the top banner of our home page (Desktop version).
Visit and follow us on Instagram at @crg_globalresearch.
***
At the top of the medical hierarchy is the neurosurgeon. Neurosurgeons are surrounded by a mystique of omniscience and omnipotence. Imagine my surprise, therefore, as a lowly medical student, to discover that the senior neurosurgeon in our institution, Robert Hughes, was being sued for malpractice. In fact, Robert Hughes, to his chagrin, went on to make Canadian medical and legal history on the issue of informed consent.
In 1970 Hughes performed a carotid endarterectomy (cleaning out of the carotid artery to the brain) on a 44-year-old man, John Reibl, who then went on to suffer a stroke that left him paralyzed on one side and unable to continue working. Reibl sued Hughes, claiming that he was not informed that he might suffer a stroke from this elective surgery, and that had he known this he would have delayed the surgery until he’d become eligible for a Ford Motor Company pension less than two years later.
Here is Reibl’s testimony to the Court:

Q. Did he talk to you about what would happen if you didn’t have the operation?
A. Yes, he said, “It is up to you if you want to have it or not. You can live a few years. You can live about 7 or 10 years or longer. One of these days you are going to fall on your nose, and that’s it. If you are going to do it now in the beginning you are not going to have any problem later.”
Q. Did Dr. Hughes say anything else about any risks of the operation?
A. He didn’t mention anything.

Reibl v Hughes went all the way to the Supreme Court of Canada and in 1980 the Court articulated the current standard for informed consent, specifically that the physician (or other health care provider) “must give the patient sufficient information so that an objective, reasonable person in the patient’s position would be able to make an informed choice about a medical procedure”. The court defined failure to disclose the attendant risks as negligence.
Thus, in Canada, to receive a treatment or procedure, the subject must not just verbally agree and sign a consent form, but must give informed consent after having the risks explained to them.
Forty-one years after the Supreme Court decision our federal and provincial governments are engaged in a program of administering to the entire Canadian population above the age of 12, a completely new, untried, experimental, non-FDA approved, gene therapy treatment. This therapy, according to US and European government adverse vaccine reaction databases, is reasonably suspected of having killed thousands of people, and created serious injury in tens of thousands. Meanwhile, the long-term consequences of the therapy are simply unknown.
Are Canadians who are receiving this treatment getting this information? Are they being told what they need to know to give informed consent? A friend of mine recently got the injection. I asked him if he was informed of the possibility of side effects. He said none were mentioned!
As far as I can determine, Canadians are not being informed that there are risks. When they show up at the injection site it appears that they are told to sign a form and hold out their arm. Those giving the treatment are not discussing with them the pros and cons, the risks and benefits of the injection prior to “vaccine” administration. Most Canadians taking the shot have no idea that there is a risk of blood clotting disorders, such as pulmonary embolism and stroke, of life-threatening immune processes such as vaccine-induced thrombocytopenia, or that young people taking the shot are at risk of the potentially fatal complication of myocarditis (nor are they informed that the risk of Covid itself is almost negligible for the young and healthy). Such lack of information is a violation of the Supreme Court decision on consent. If you are injured by the vaccine and did not provide informed consent, you have grounds to sue your health authorities for negligence and damages.
Note: The onus is not on patients to do their own research. The onus is on the health care provider to inform patients of the risks so that an objective, reasonable person in the patient’s position would be able to make an informed choice. Does anyone really believe that a 12 to 15-year-old child is able to sufficiently understand the complex issues involved in experimental gene therapy to give informed consent? Does enticing children with ice cream (Toronto), or adults with a lottery (Alberta), constitute informed consent?
If Reibl v Hughes sets the standard for approved treatments, what then should be the standard for unapproved treatments, for experimentation on humans with new and untried technologies? As a consequence of experiments performed by Nazi doctors on concentration camp prisoners and the subsequent Nuremberg trials, that Court articulated ten research ethics principles to guide medical experimentation in humans. The first principle is that “the voluntary consent of the human subject is absolutely essential”. Although the Nuremberg Code, created more than 70 years ago, did not use the word “informed”, it did use the word “consent,” and it is hardly a stretch to conclude that the consent they spoke of was “informed consent”. Most Canadians taking these novel gene therapy injections have no idea that these “vaccines” are not an approved therapy, like a flu shot, and they are unaware that they are in fact being enrolled in clinical trials which are still ongoing.
Our federal and provincial governments, premiers, public health administrators and personnel are negligent in administering the Covid vaccines to tens of millions of Canadians without clearly informing them that this is an experimental therapy, one which could result in serious adverse events, including life-altering injuries or death, and that the long-term side effects, for example potential auto-immune diseases, are as yet unknown.
When governments use all the means in their power, including control of the media and widespread censorship of dissenting voices, to induce people to get a medical treatment without adequately informing them of the risks, they are violating the fundamental trust between the people and their government.