OUT OF MIND » BREAKING NEWS & HOT TOPICS » THE GREAT DIE OFF » I’m in healthcare caring for the vaxed and will tell you how many deaths...

I’m in healthcare caring for the vaxed and will tell you how many deaths... 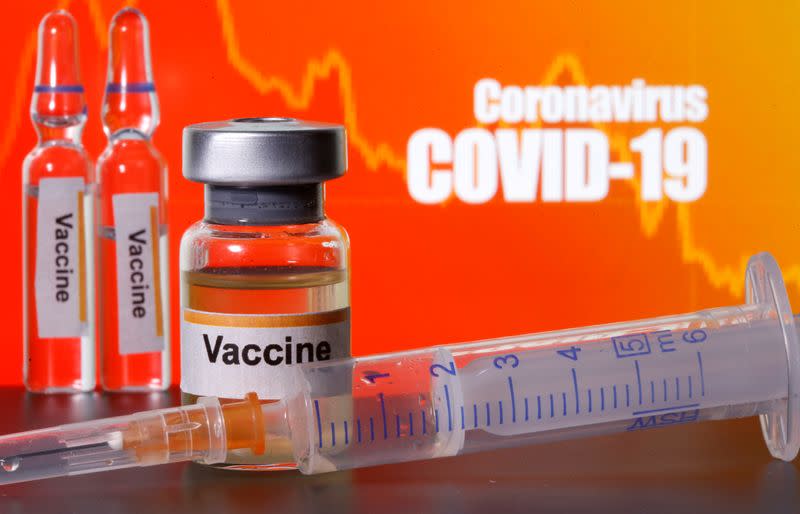 “I’m in healthcare caring for the vaxed and will tell you how many deaths, how they died, what each person is like after getting the shot …”
June 23, 2021

“I had hoped that all the negative warnings about the vax would be wrong but I don’t think so anymore.”

So I own two small adult care homes in Washington state. Each home can care for up to six people. Our residents were offered the Moderna vaccinations and almost all of them took the vaccine. We have lost 7 residents pass away since May 2nd! And we only had 11 residents to begin with. So here is the breakdown:

February 10th we had 10 residents (out of 11) get the vaccine. (BTW-I did try to share my concerns about this shot. I told every family and sent them all links of reputable doctors and scientists speaking out about the dangers of this shot. However, people made their own choices and only 1 decided to not get the vaccine.
February 10th 1st shot moderna
March 10th 2nd shot also moderna

Last week of April Resident 1 gets sepsis due to UTI and passes away with heart and fluids in the lungs. This resident was 102 years old and the hospital said heart just could not take all the fluids being pumped into treat the UTI. (This client did not have a heart condition)

Resident 2 died in their sleep. Was on hospice since April. Cause of death labeled “failure to thrive” died in May 8th

Resident 3 (was the one who did NOT get vaccinated) but suddenly had severe kidney failure and died on May 14th. (I wonder if he had a case of “vaccination shedding” that people are talking about. He was in a home with 9 other vaccinated people.

Resident 4 got a sudden diagnosis of Lue Gerits Disease.” Shw came to us vaxed on May 4 and died May 23. She said she has started to have troubles using her hands since August before her vaccine but she said she was fine and living independent. After the vaccine she suddenly took a turn for the worse and requires 1 on 1 personal complete care.

Resident 5 died May 28. She came to us right after she got vaccinated. On her second moderna vaccine she had an “events and passed out falling into the arm she had been injected into. She went to hospital they said it was a stroke or minor stroke. After that, she was never the same and could not live independently so she came to live with us in April. She died of “heart failure” and the last few days of her life she was coughing up very thick blood clots, it was horrible!

Resident 6 came to us on hospice dying of liver failure. Yes she had been an alcoholic for many many years but since she took the two vaccines. The family reports her liver began failing in May and she died May 30.

Resident 7 he is dying tonight. I don’t think he will live another night. He has rapidly declining dementia, bladder and kidney failure. Sick details but his penis has a strange condition I have never seen and it is oozing out blood and the tip has a blood clot. Super weird and it must be so painful. He is dying so fast. Just three nights ago he drank fine and talked fine and ate a large meal. He got vaccinated but I do it know when.

Also, we have other residents that got the vaccines in February and March this is what is going on with them:
Our current living residents (I have filled beds since May so that’s why there are more than 11 original people)

Resident 1 is young 42, they have been living here doing fine fir going on 4 years. They have been treated for many UTI’s about every 3-6 months. But now, they have had one since May that won’t go away. It is E. coli bacteria and seems to be antibiotic resistant even with the right susceptibility after culture. I am very concerned they have grown resistant. They got the shots on February and March with everyone else. Very concerned for them.

Resident 2 mentally super declined with dementia but they are stable. (Got both moderna shots feb and March)

Resident 3 really having horrible health problems in the last 2 months (got that moderna in feb and March) they are in rehab after hospitalization. They had severe UTI and severe uncontrolled high blood pressure that dr can’t seem to control and get down to normal with all types of meds…
She is also mentally declining so much and has become much weaker since the last 2 months)

Resident 4 had Covid before coming to us. She did it get the vaccine and is doing fine.

Resident 5 came to us on hospice. He got the two vaccines I don’t know which kind and I don’t know when. But the wife says he greatly changes and declined so much in the last month. (This is the one that is dying tonight.) he has strange stuff going on. Wife said he was walking and doing ok just 2 weeks ago.

Resident 6 moved into our facility last week. He had a double stroke 2 months ago. He got the J and J vax. His son said before his stroke he was a very hard working man and wired every day of his life.

Resident 7 on hospice. Has Parkinson’s. Got both vaccines and I don’t know details. He has sepsis repeatedly and now came to our home on hospice.

Resident 8 got COVID just 3 weeks ago and so did his wife. His wife died of COVID and his kids can’t take care of him. He did fine during COVID and has almost no symptoms. He was Not vaccinated.

Resident 9 doing fine got both vaccines. No noticeable changes

(That’s the end of our Resident body at this time)

Lovely, isn’t it? I have been caregiving doing elder care in my homes since 2011 and I have never seen so many deaths and declines in such a short time as I have seen in the past couple of months. It’s hard to fill our beds these days and when I do, someone else dies or that new resident comes to us on hospice. Really horrible times.
LINK

OUT OF MIND » BREAKING NEWS & HOT TOPICS » THE GREAT DIE OFF » I’m in healthcare caring for the vaxed and will tell you how many deaths...